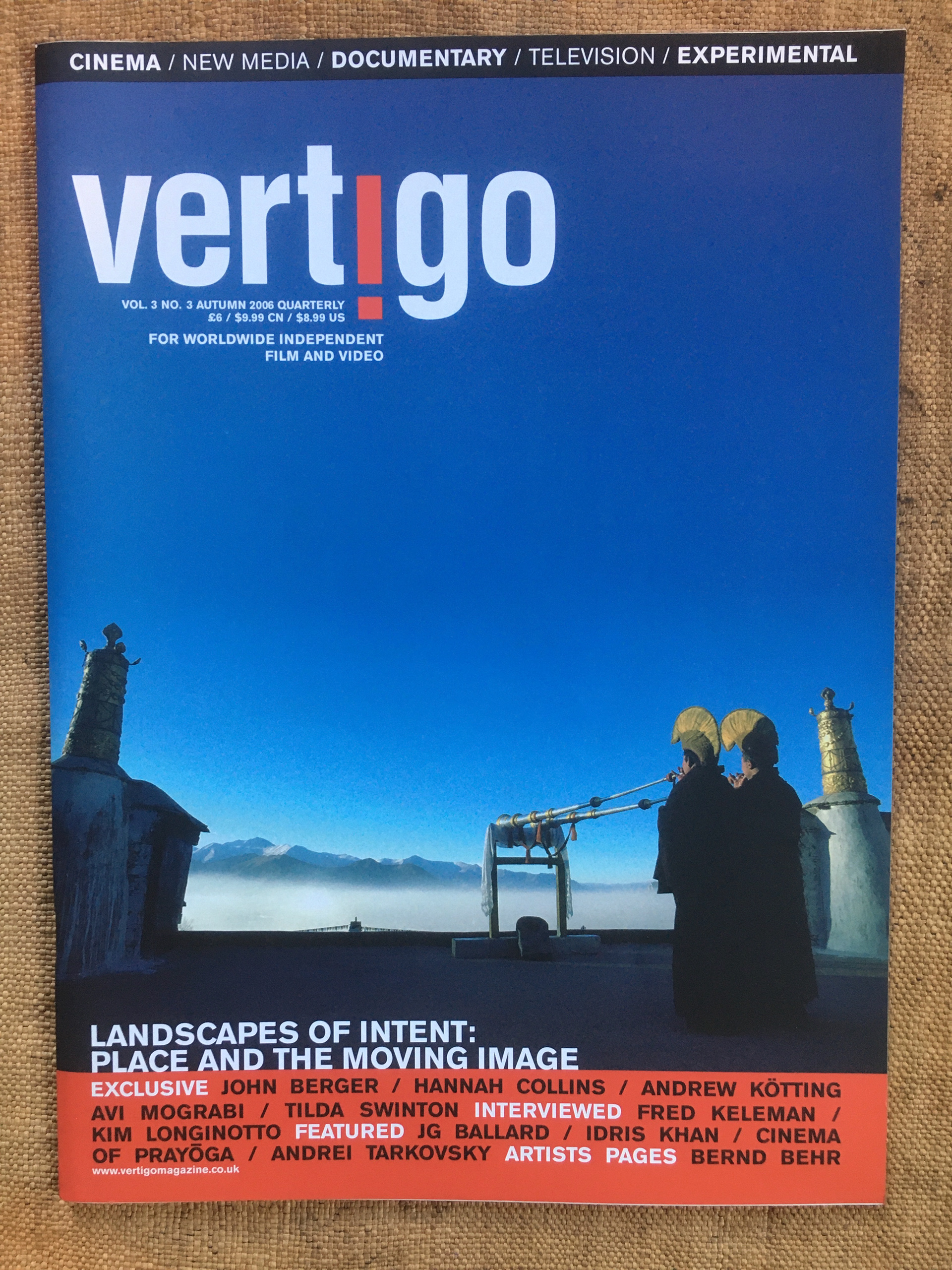 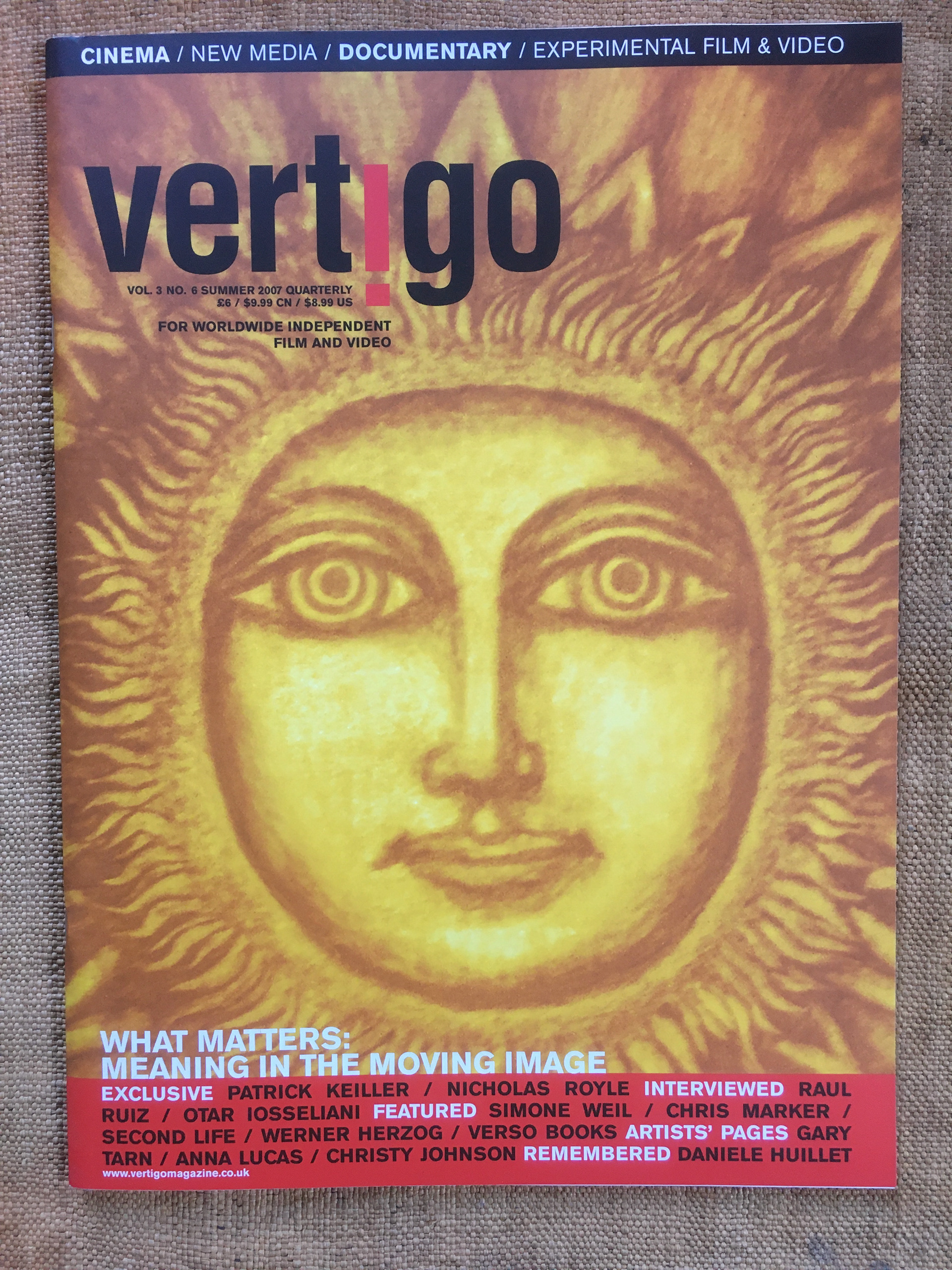 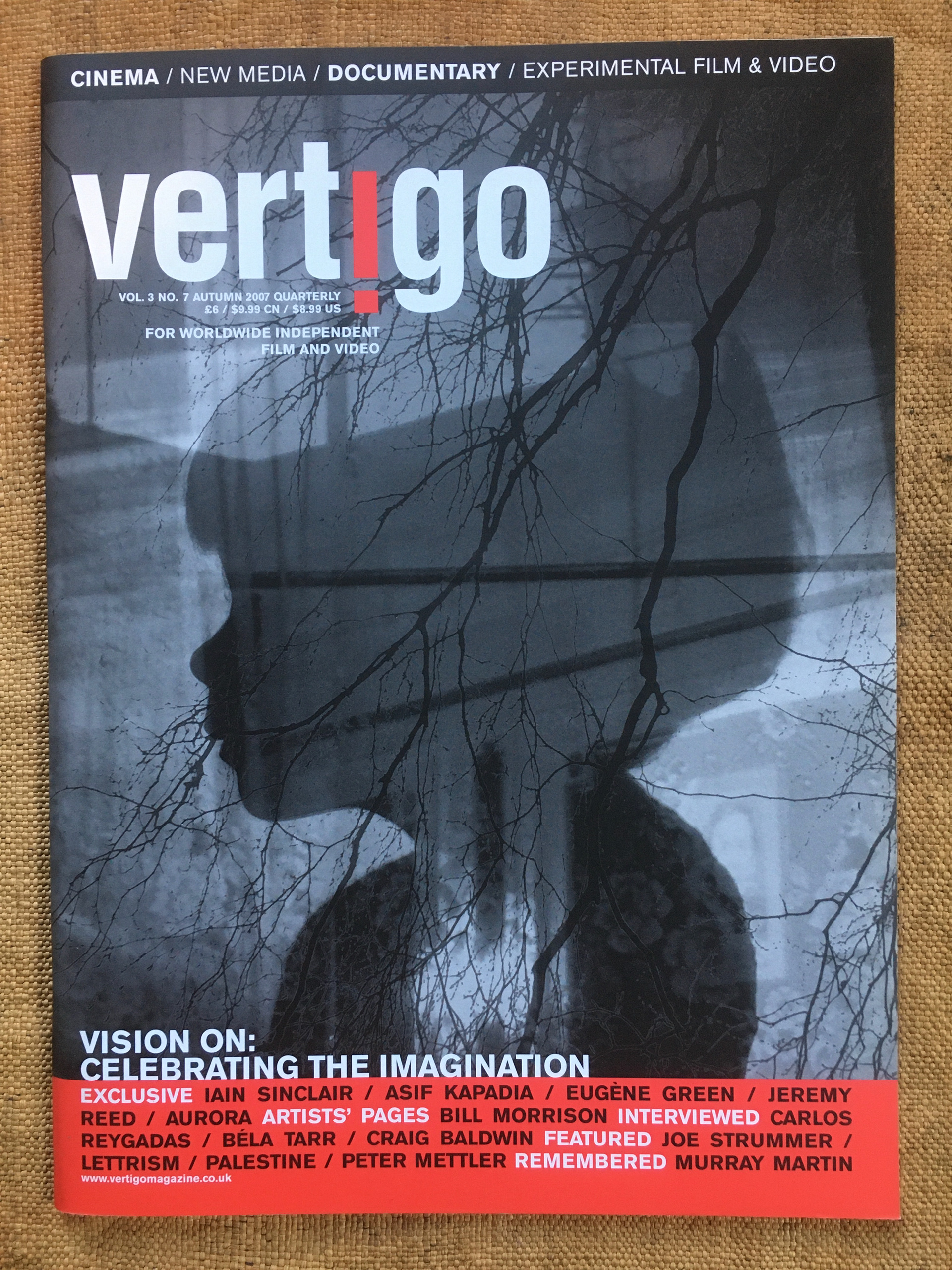 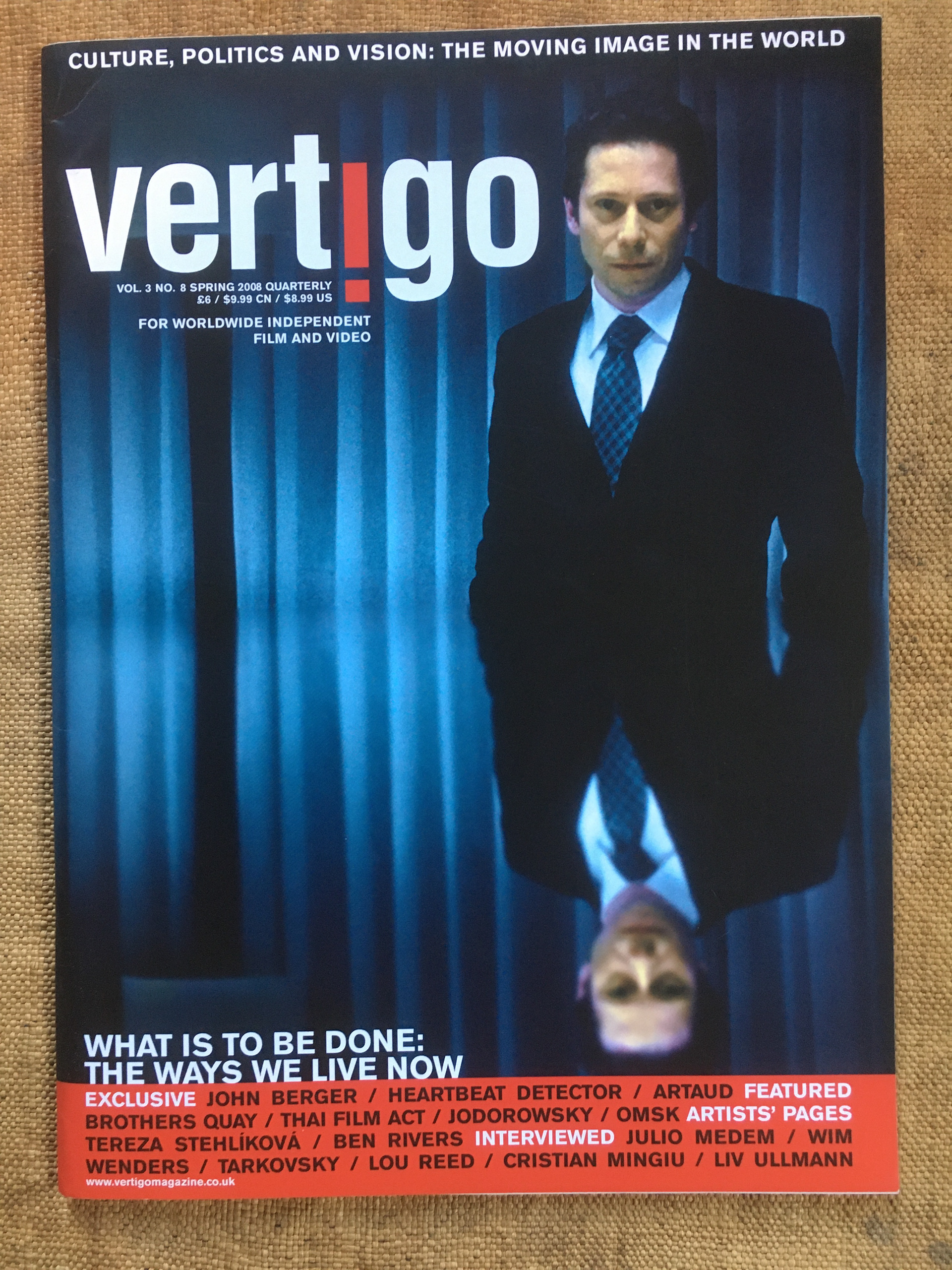 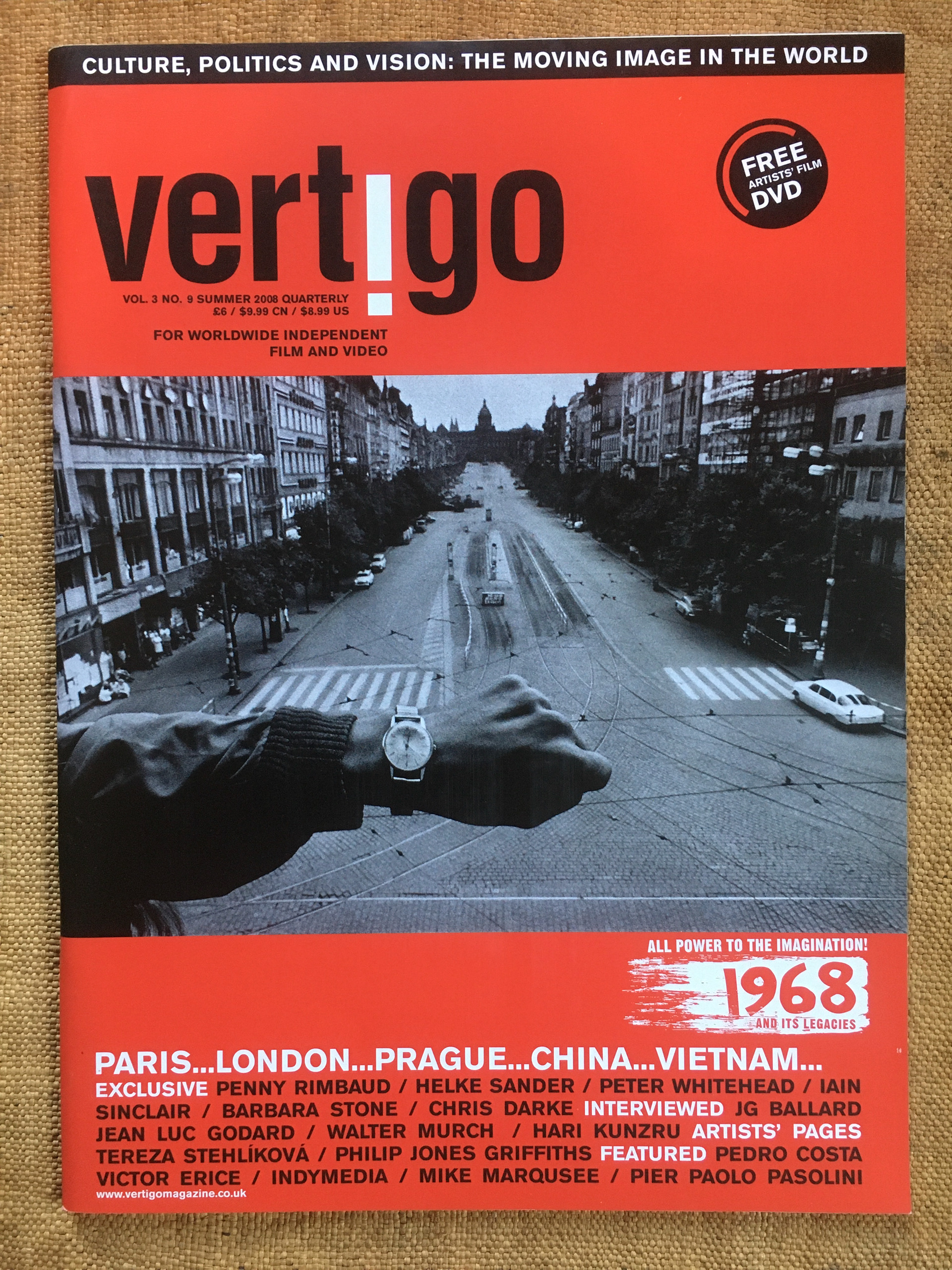 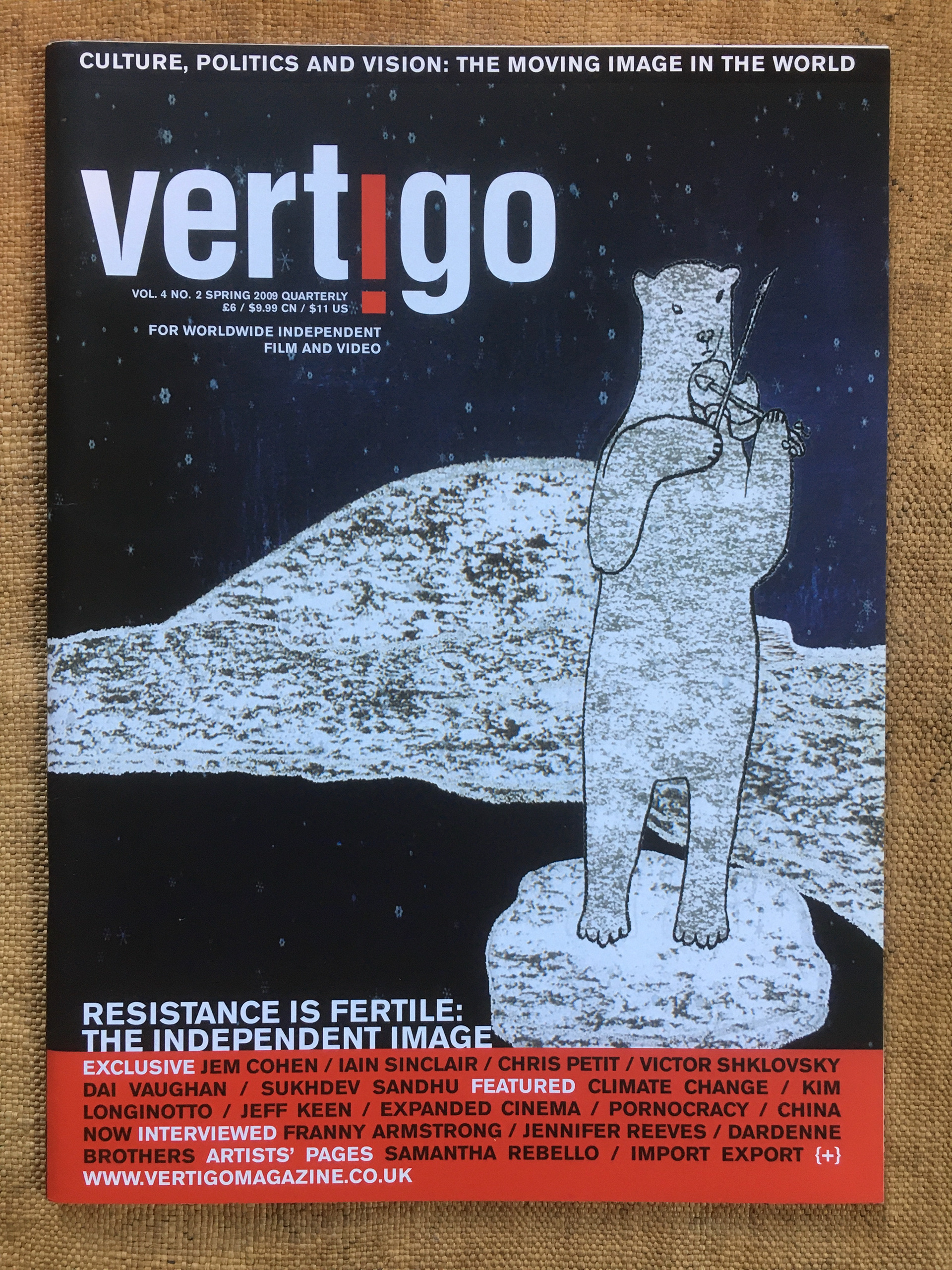 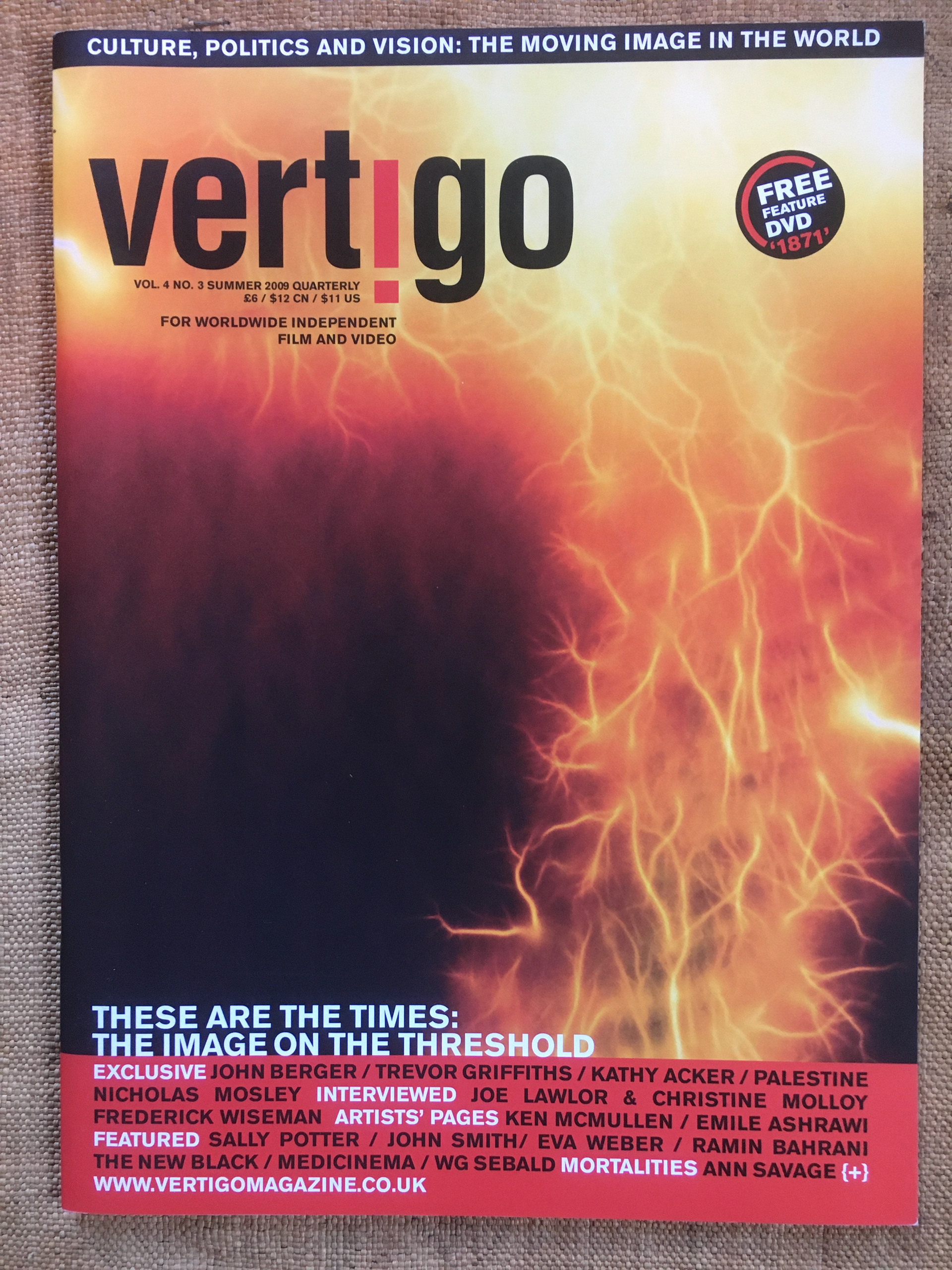 Various pieces on film for Vertigo magazine, namely, in Vol 3 No. 3, a review of Ivan Passer's 1965 film, Intimate Lighting; in Vol 3 No. 6, The Opened Hand, a reflection on Artur Aristakisyan's 1994 film, Palms; in Vol 3 No. 7, a poem on Aleksandr Sokurov's 1997 film, Mother and Son, and Noise and Silence and Smoke and Stars, a reflection on Jiří Weiss's 1959 film, Romeo, Juliet and Darkness. In Vol 3 No. 8, there is a review of Rafi Pitts' 2006 film, It's Winter, and in Vol 3 No. 9, there is Dreams of Distance, a review of Ingmar Bergman's 1968 film, Shame, that metamorphoses into dread dreams of border living gone awry in times of conflict. Vol 4 No. 2 also sees two pieces, a poem written after a viewing of Apichatpong Weerasethakul's 2004 film, Tropical Malady, and Our Daily Bread, a review of Nikolaus Geyrhalter's 2005 film of the same name. Finally, in Vol 4 No. 3, there is a review of Gideon Koppel's 2008 film, Sleep Furiously, and A Shrug of the Shoulders, an extended take on Marcel L'Herbier's magnificent 1928 silent film L'Argent. Two Men with Flowering Branches, a report from the 2009 edition of DocLisboa, the Lisbon Documentary Film Festival, can be found at Vertigo online.

The Long White Thread of Words