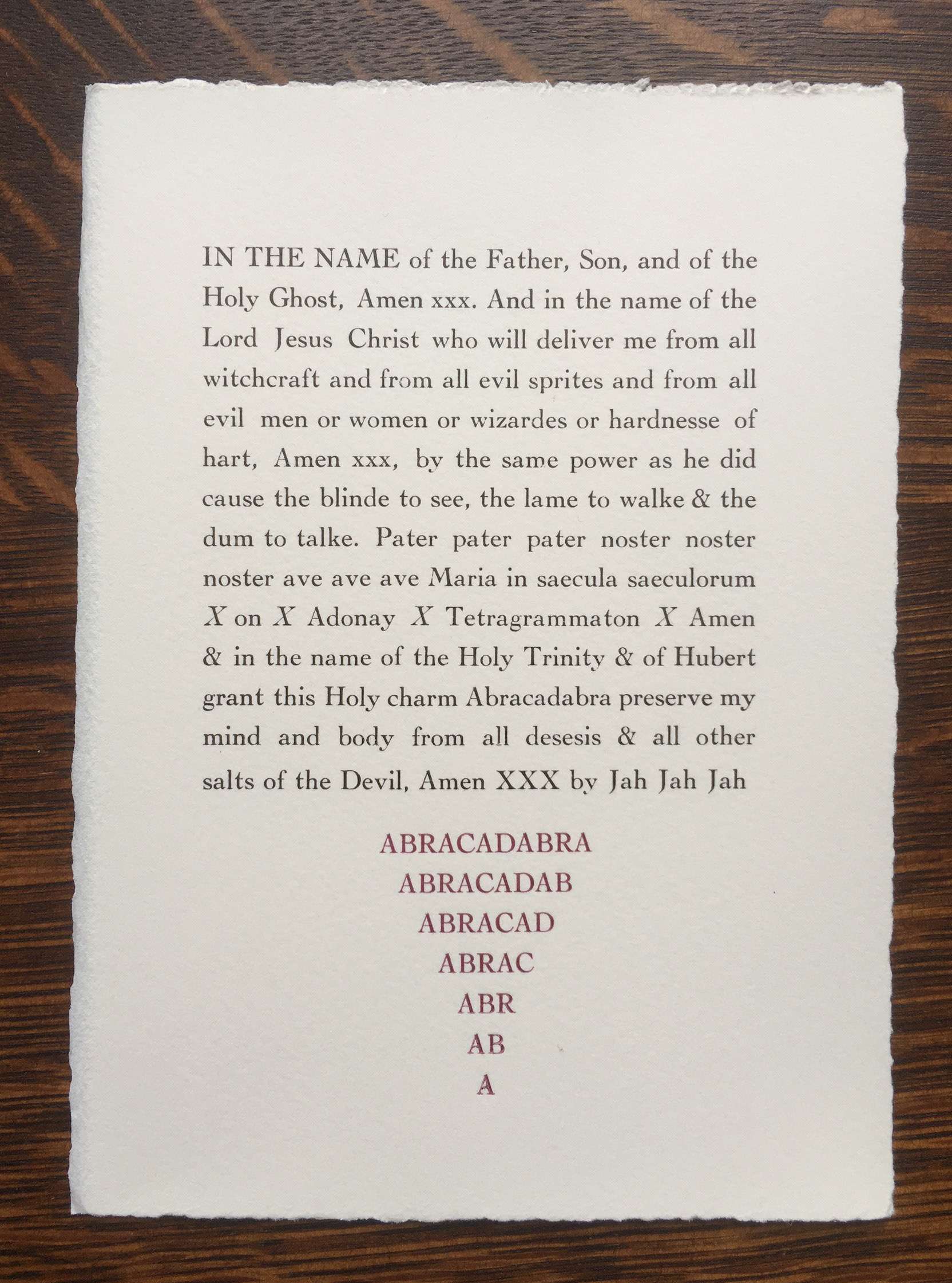 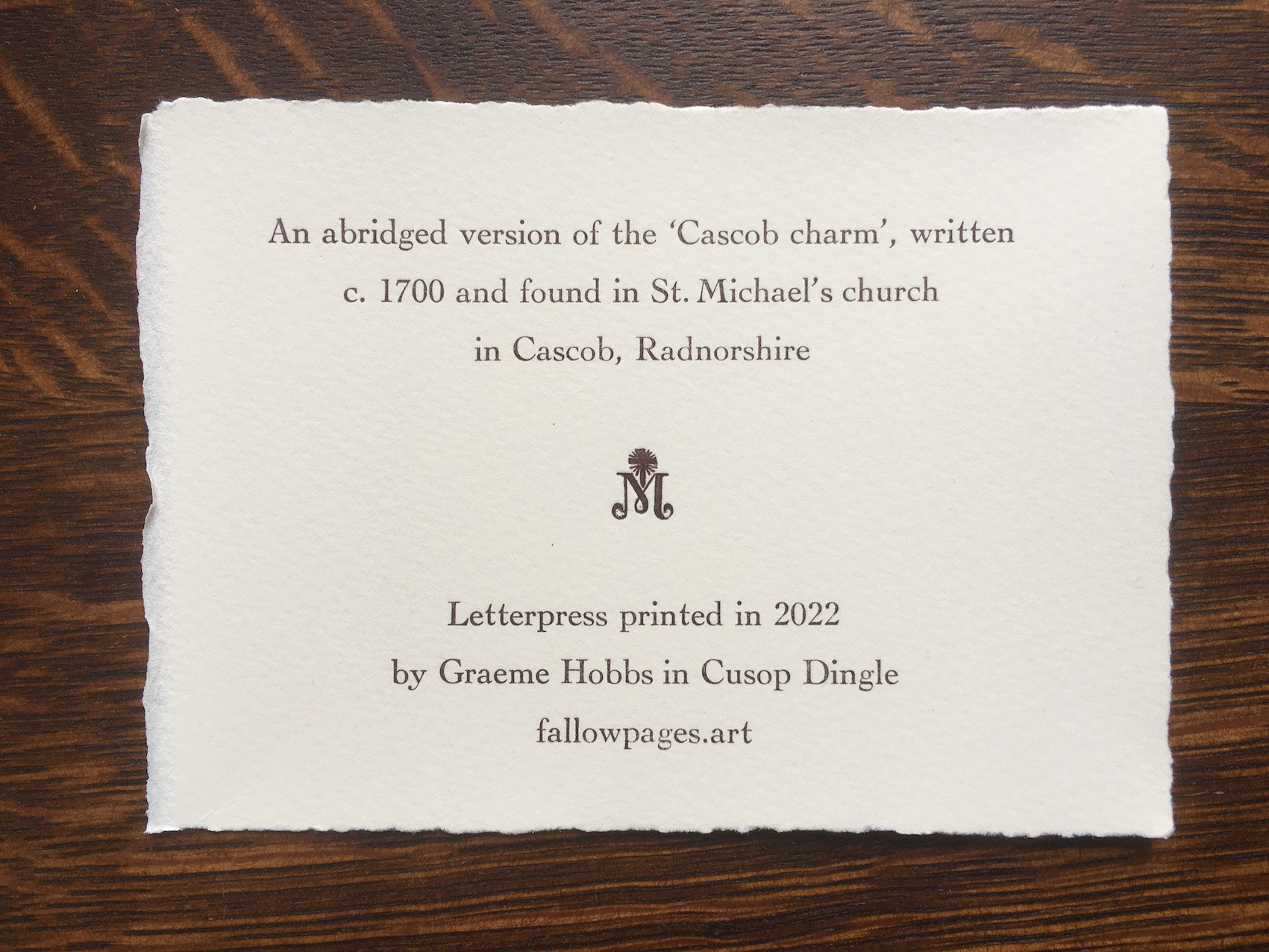 An abridged version of the ‘Cascob charm’, found in St. Michael's church in Cascob at the turn of the last century. In shortening to the text to a single, printable page, I have removed some of the text and some of the repetitions of the original but have hopefully kept its spirit and strangeness intact, to which end I have also printed ‘spirites’ as ‘sprites’, which is an acceptable 17th century variant, and in the last line, used ‘salts’ instead of ‘assaltes’. 24 copies, printed on Somerset 300gsm paper.

No Man is an Iland / Wisdom

Compliments Cards
↑Back to Top