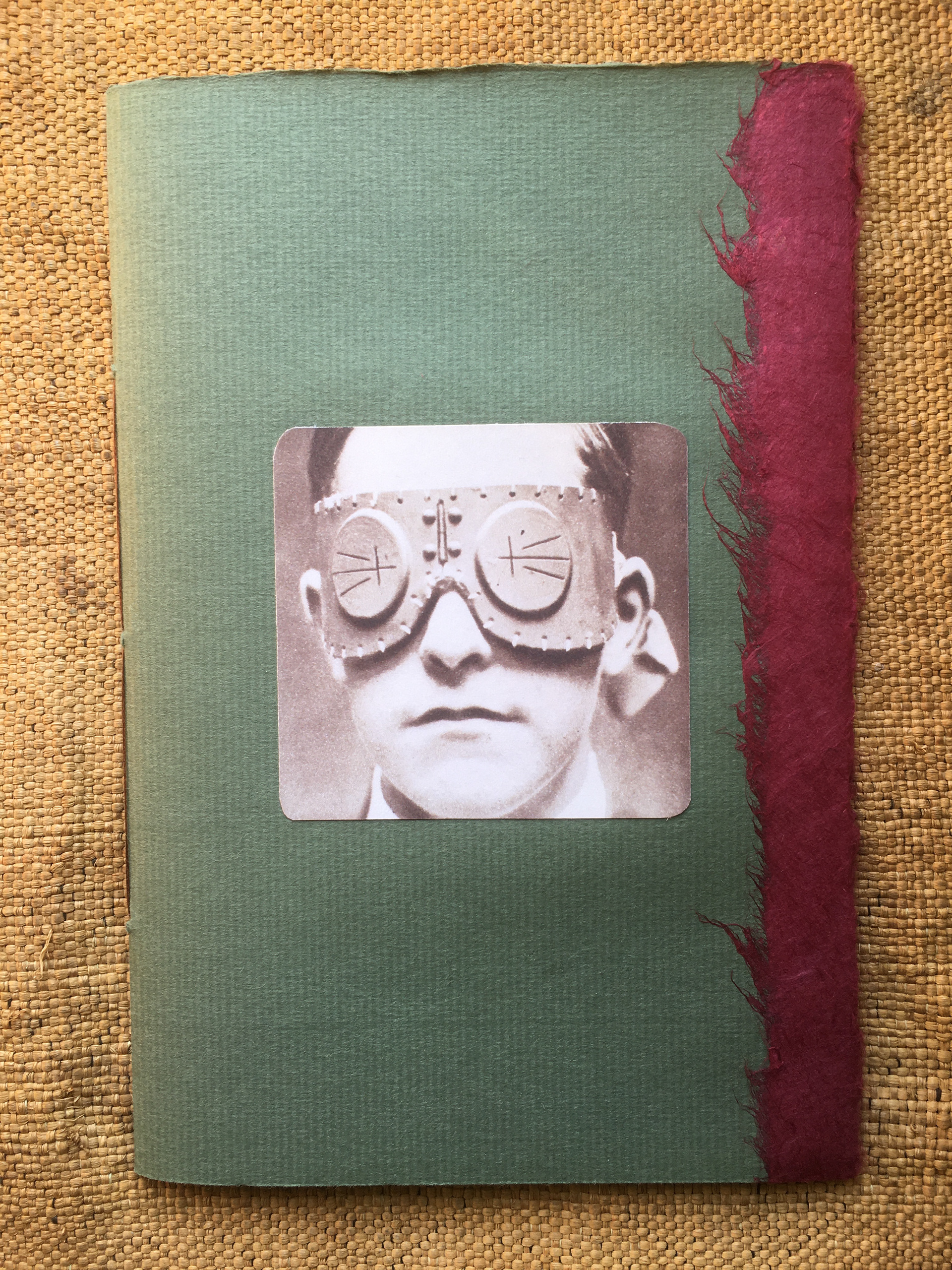 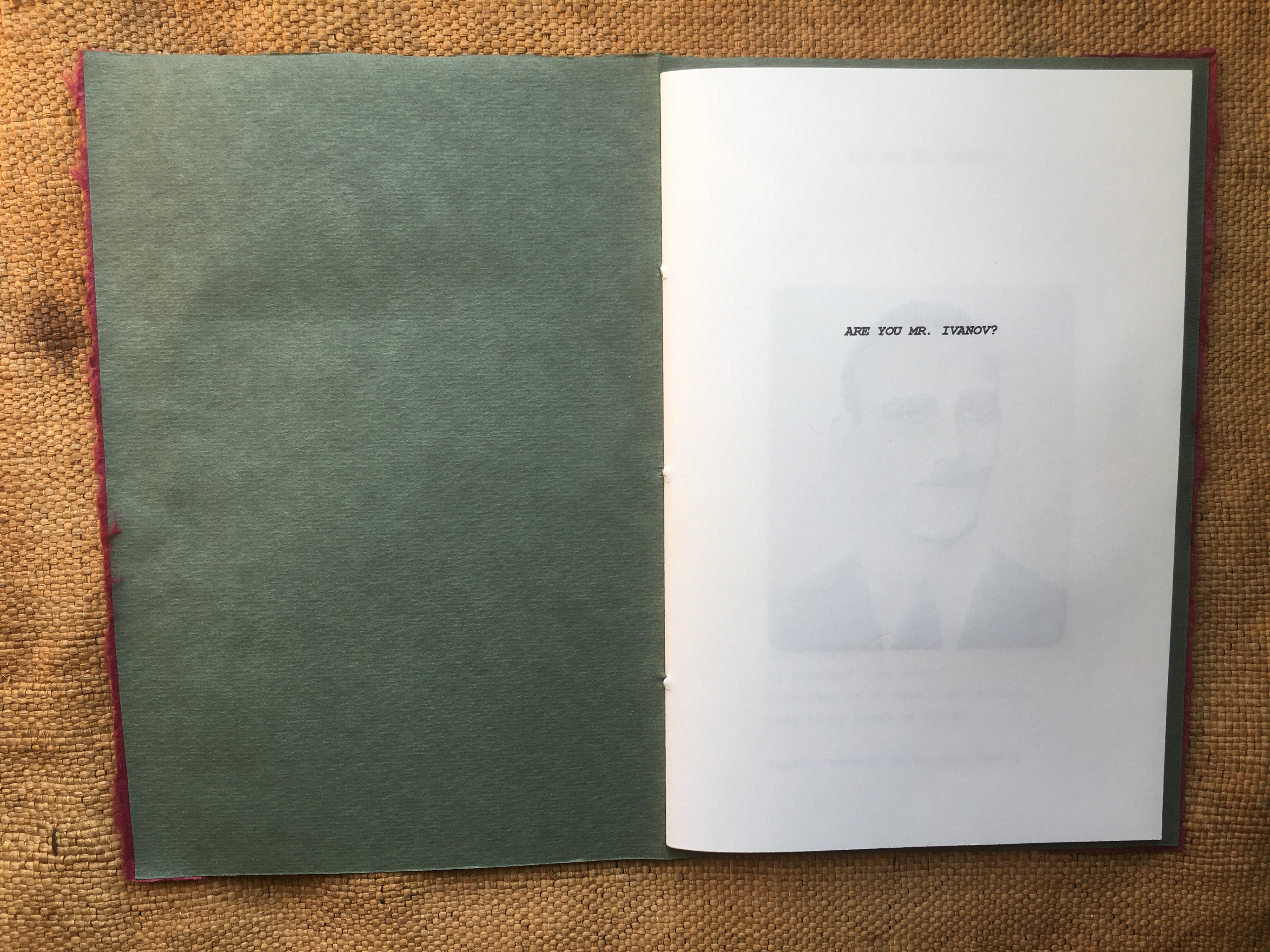 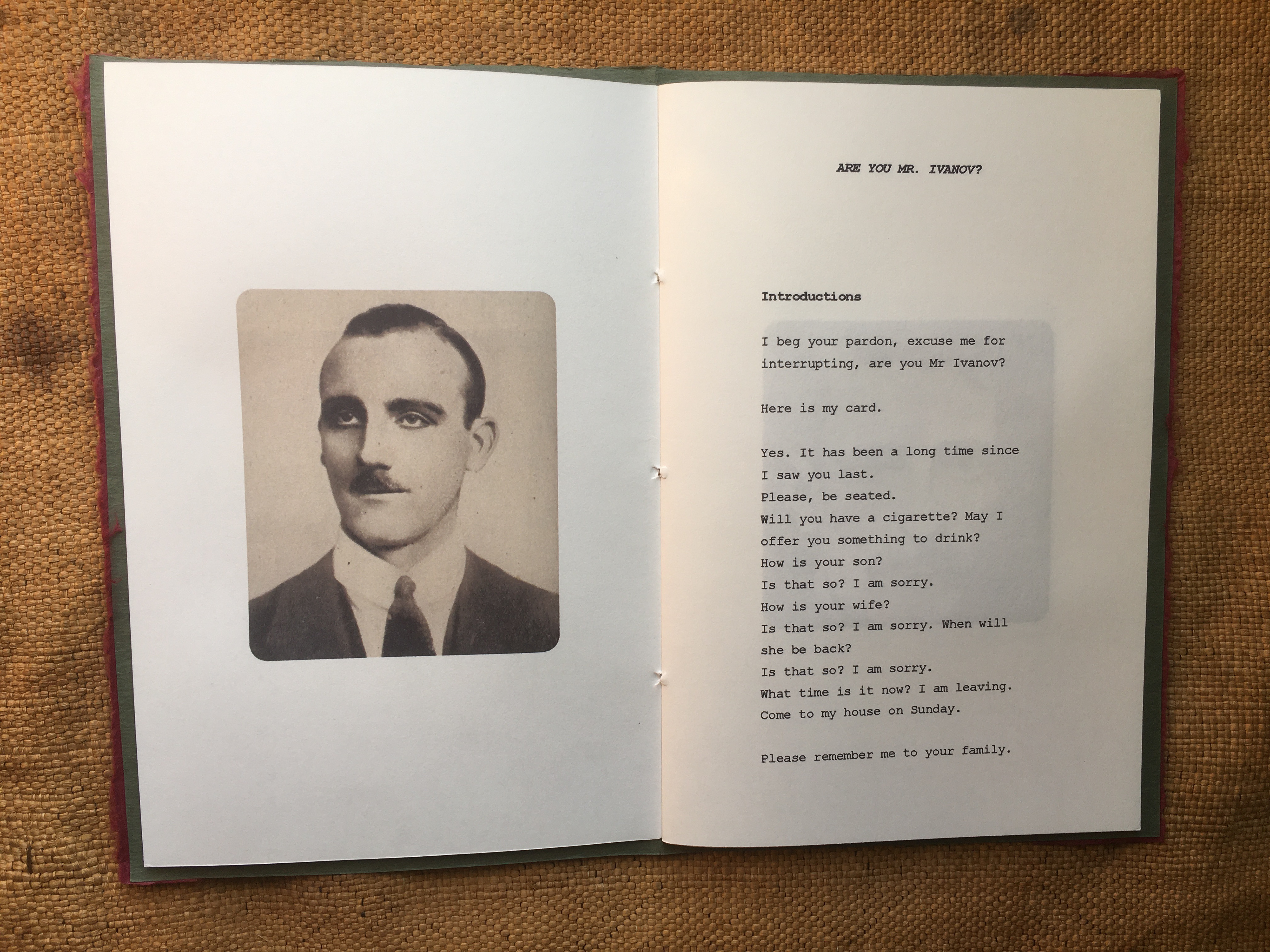 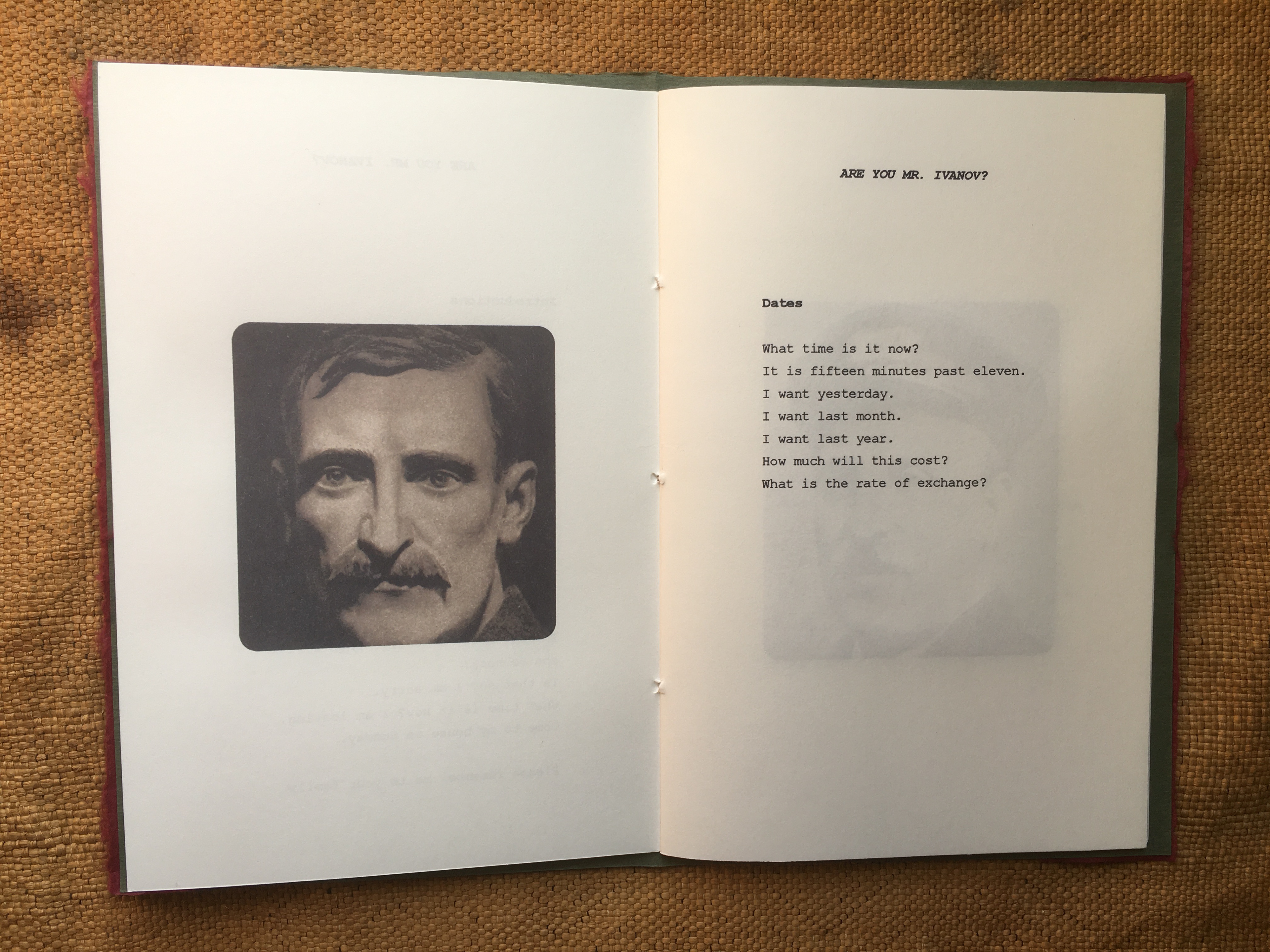 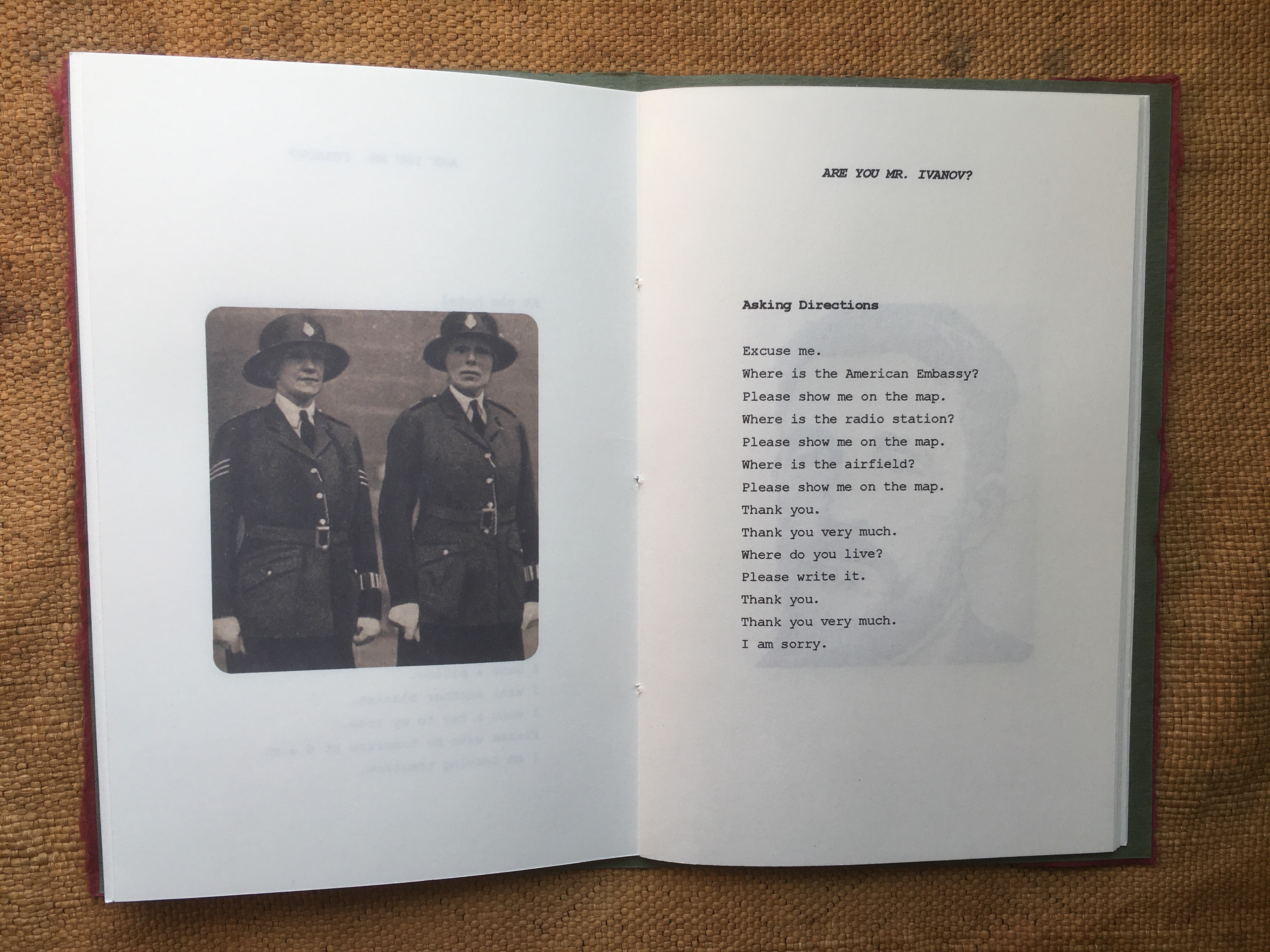 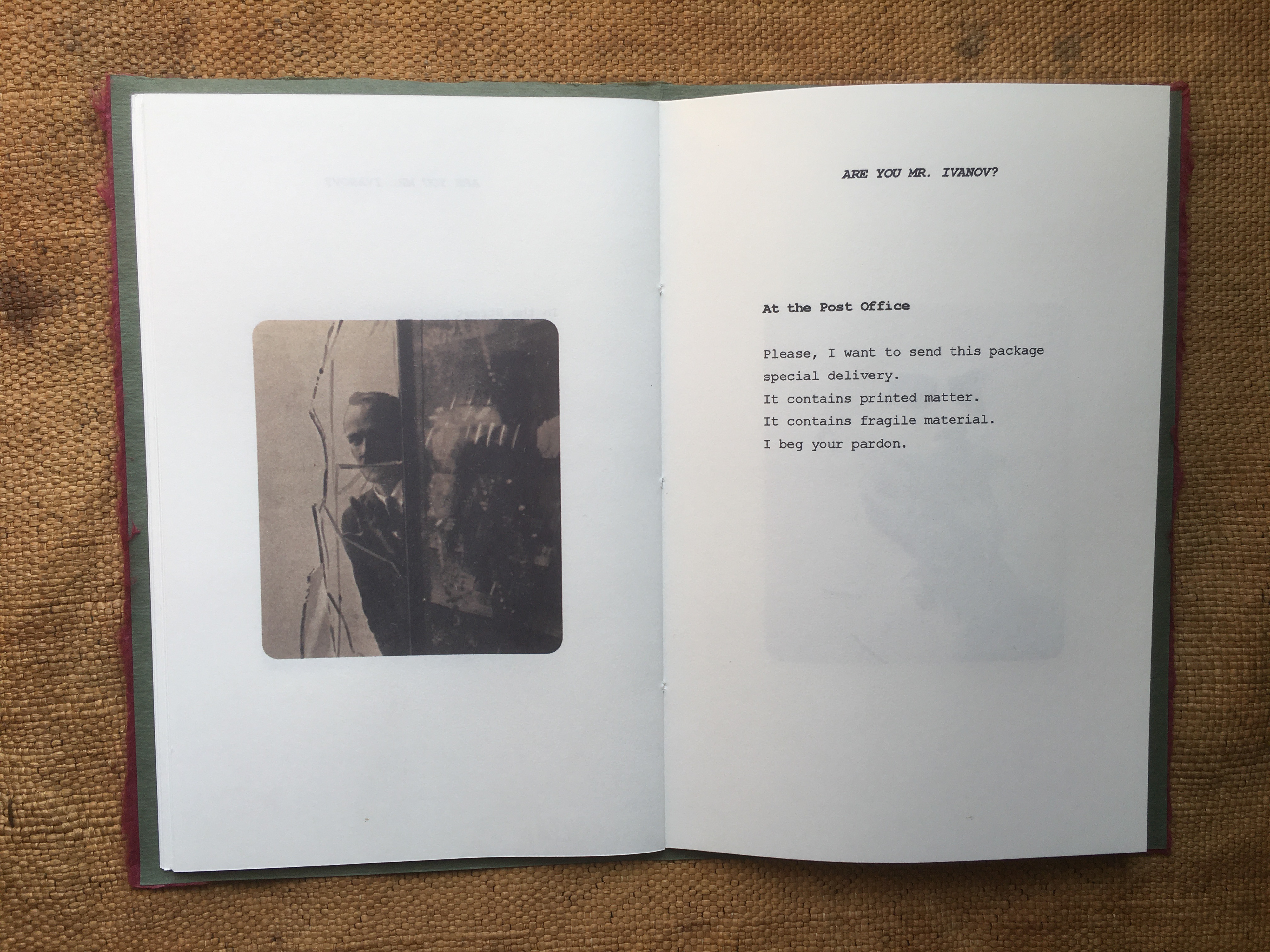 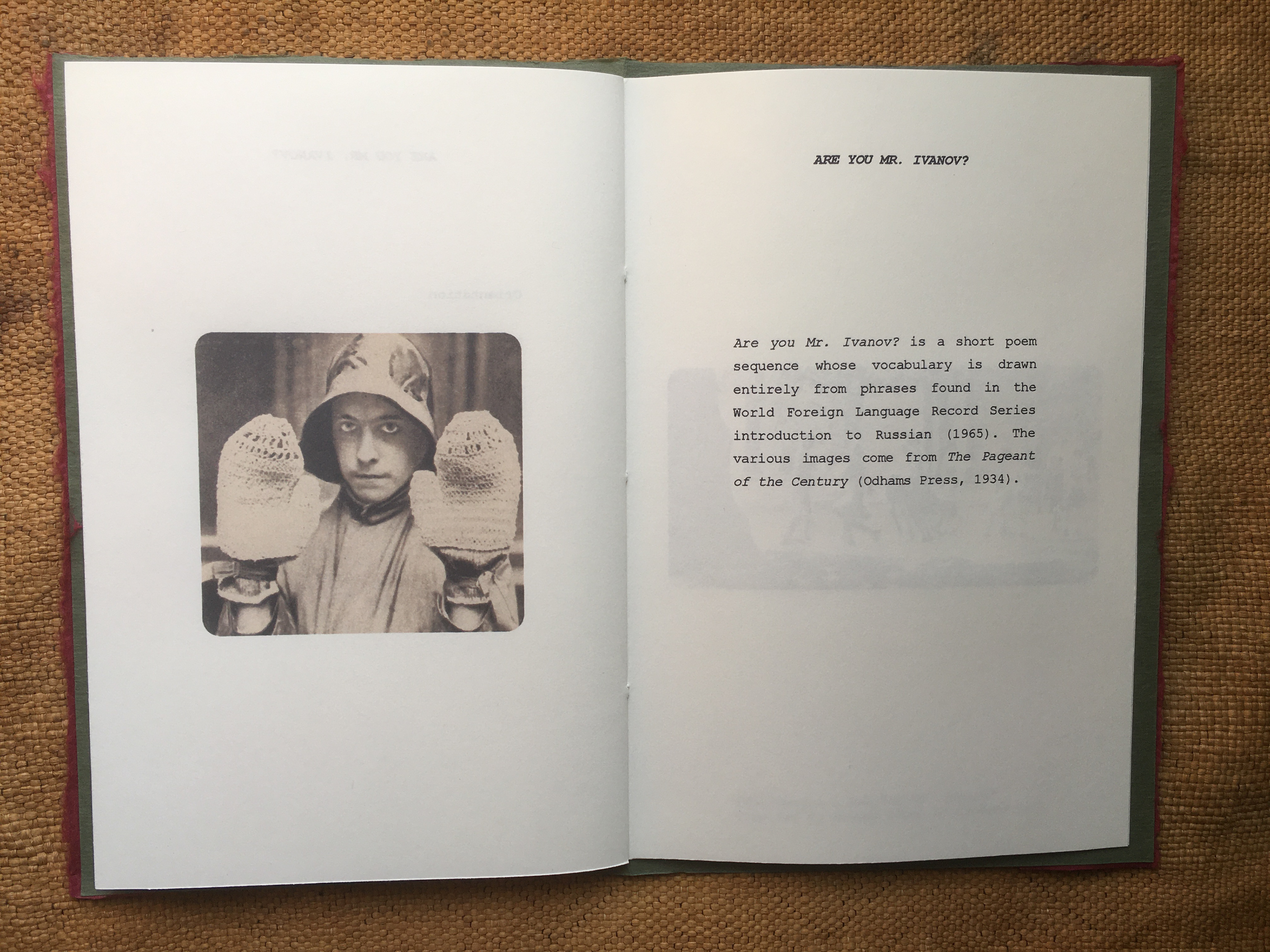 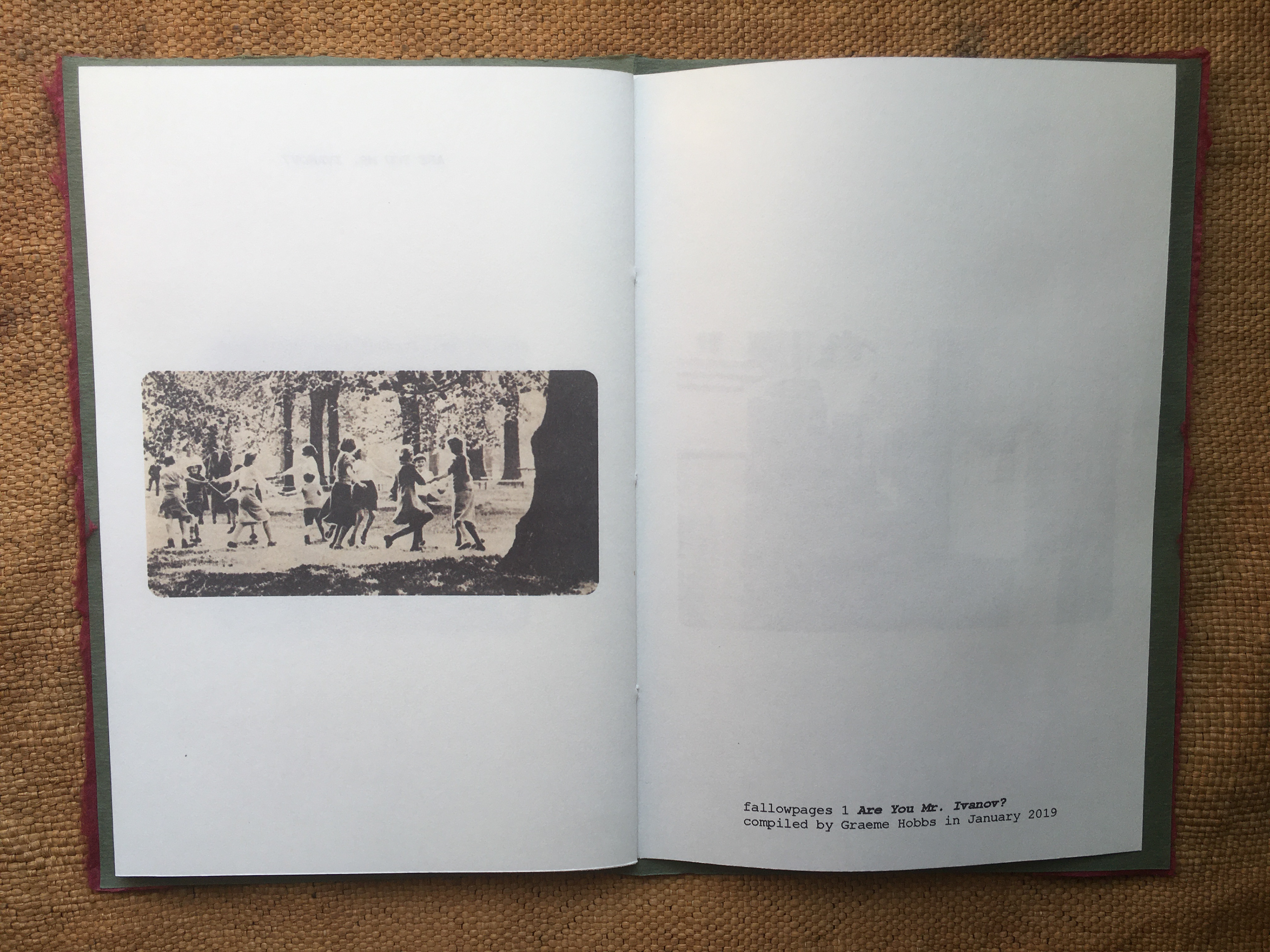 A short sequence whose vocabulary is entirely drawn from phrases found in the World Foreign Language Record Series’ Introduction to Russia (1965). Notable about this one is how the most anodyne phrases, when reordered, can be used to construct a narrative with connotations of disruptive radical action, though the images – drawn from The Pageant of the Century (Odhams Press, 1934) – give a nod towards the anarchism of a century past rather than the outrages of our own.

The Collier & The Foss
↑Back to Top