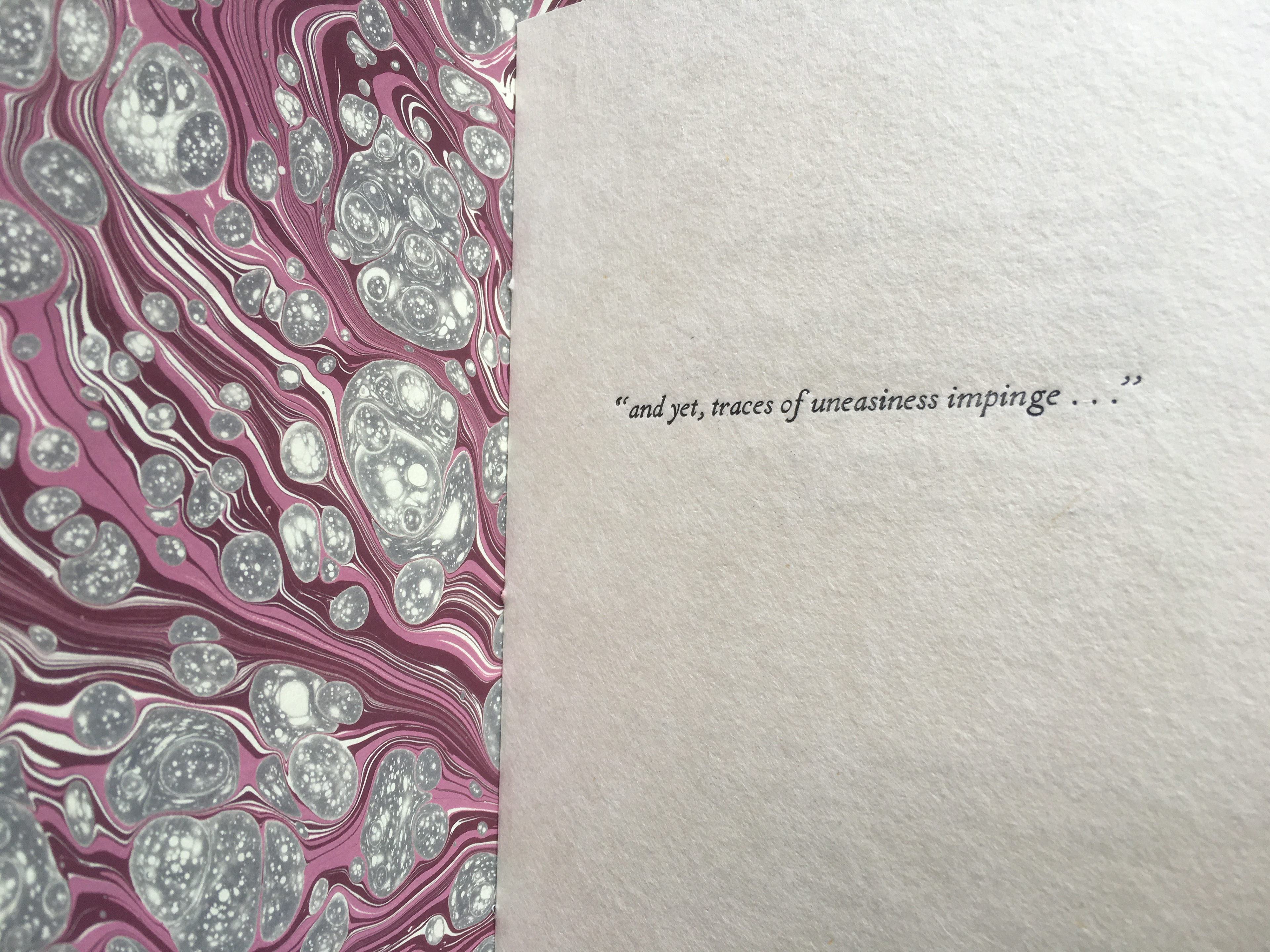 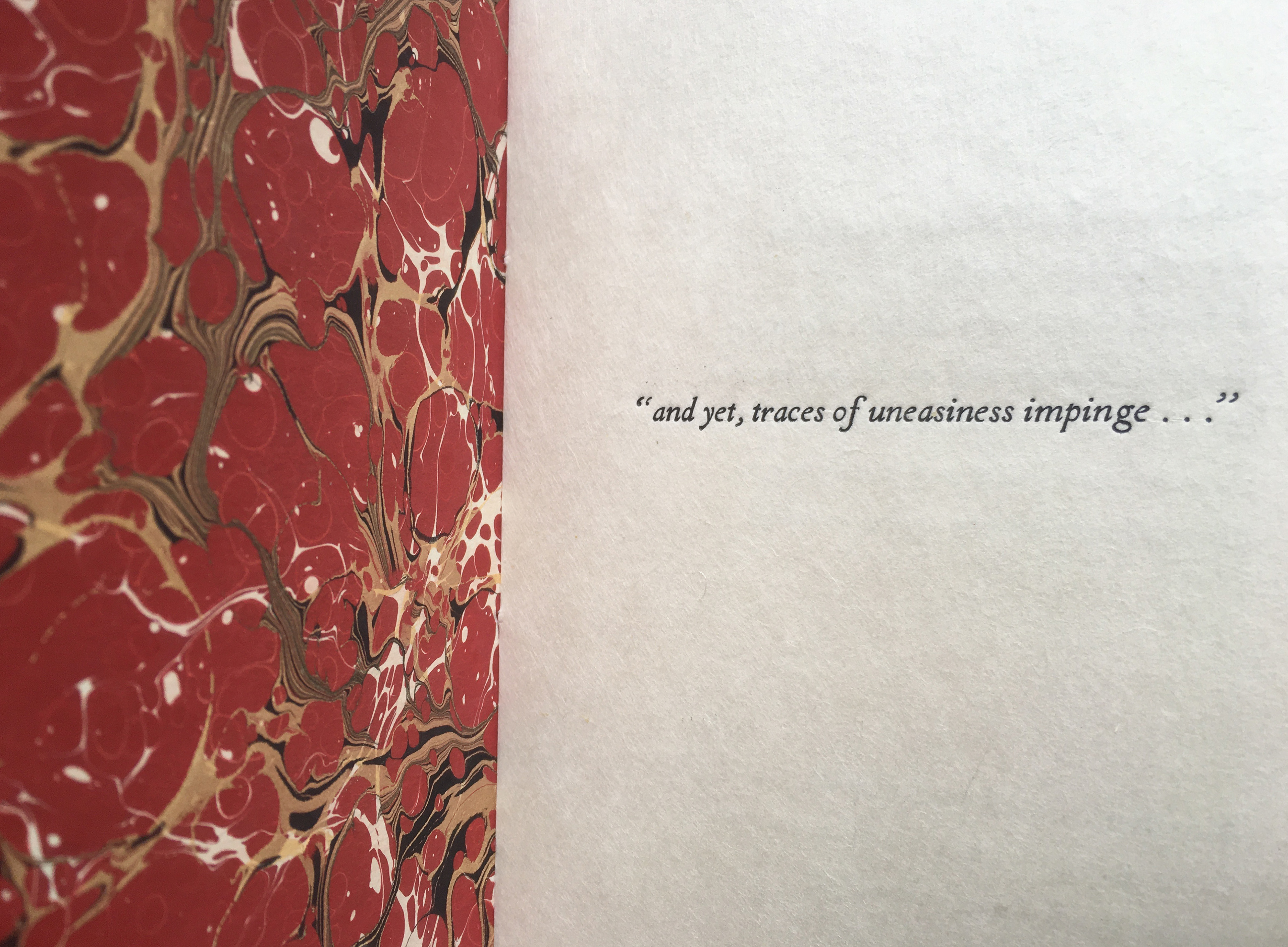 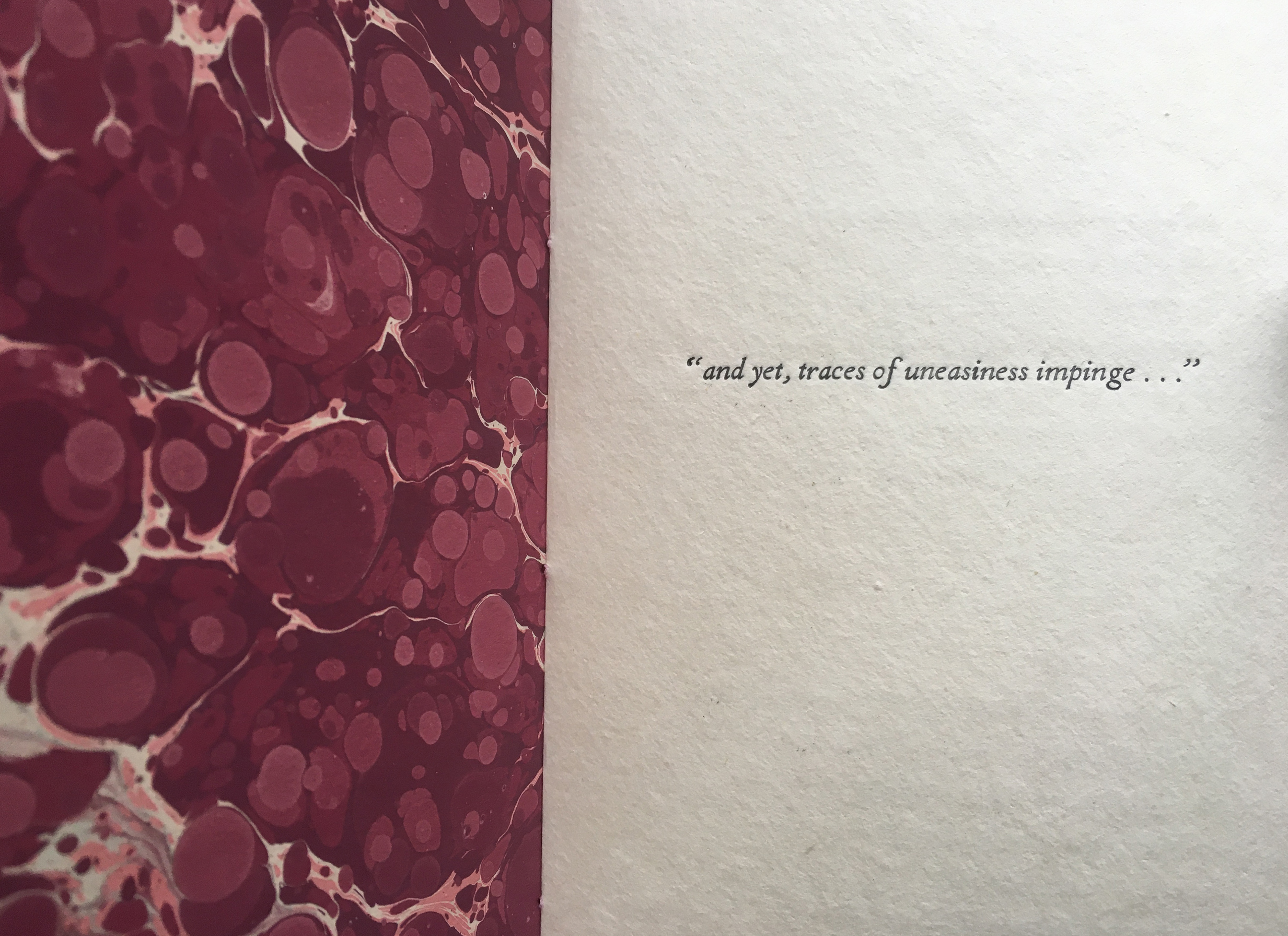 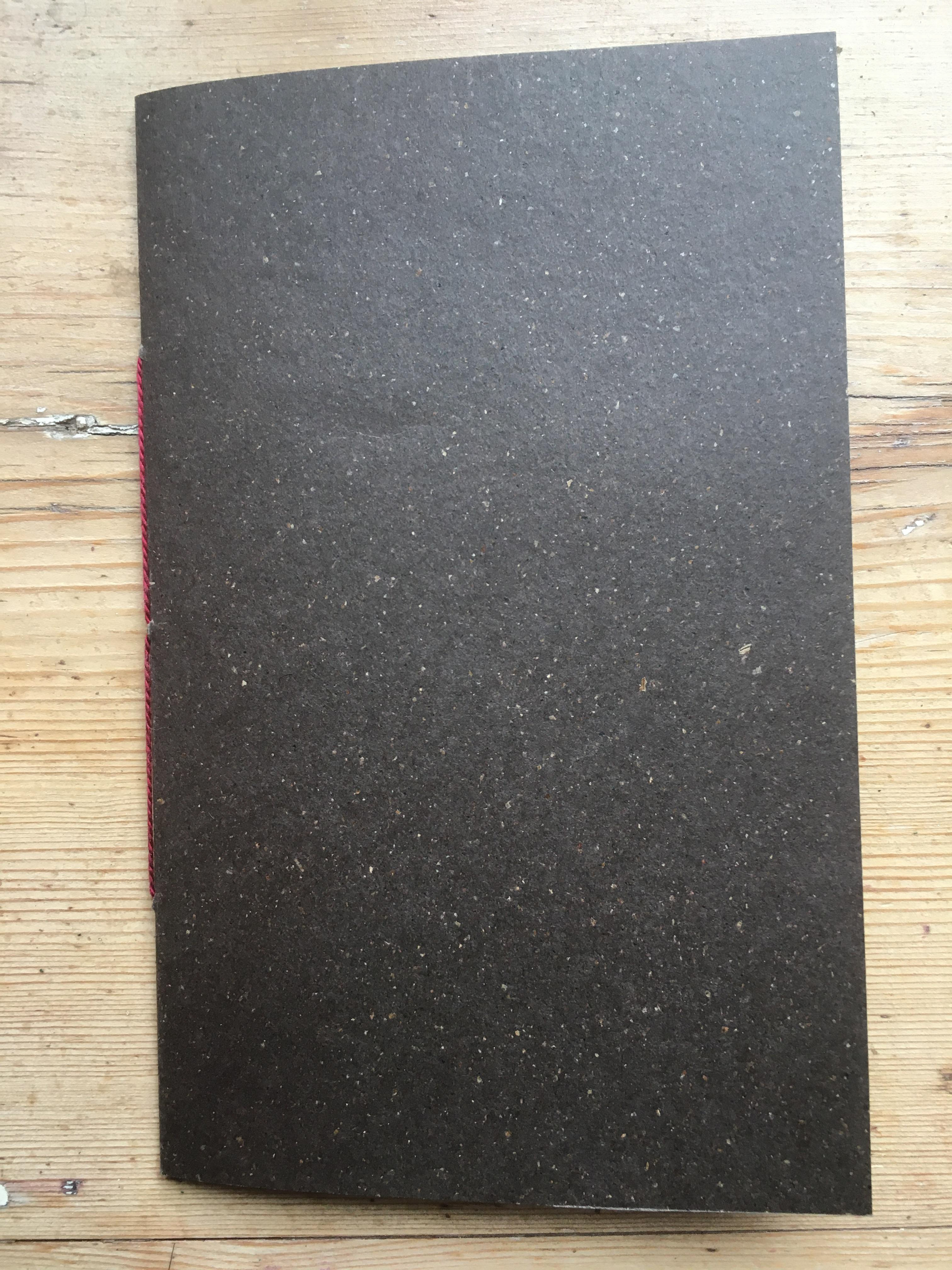 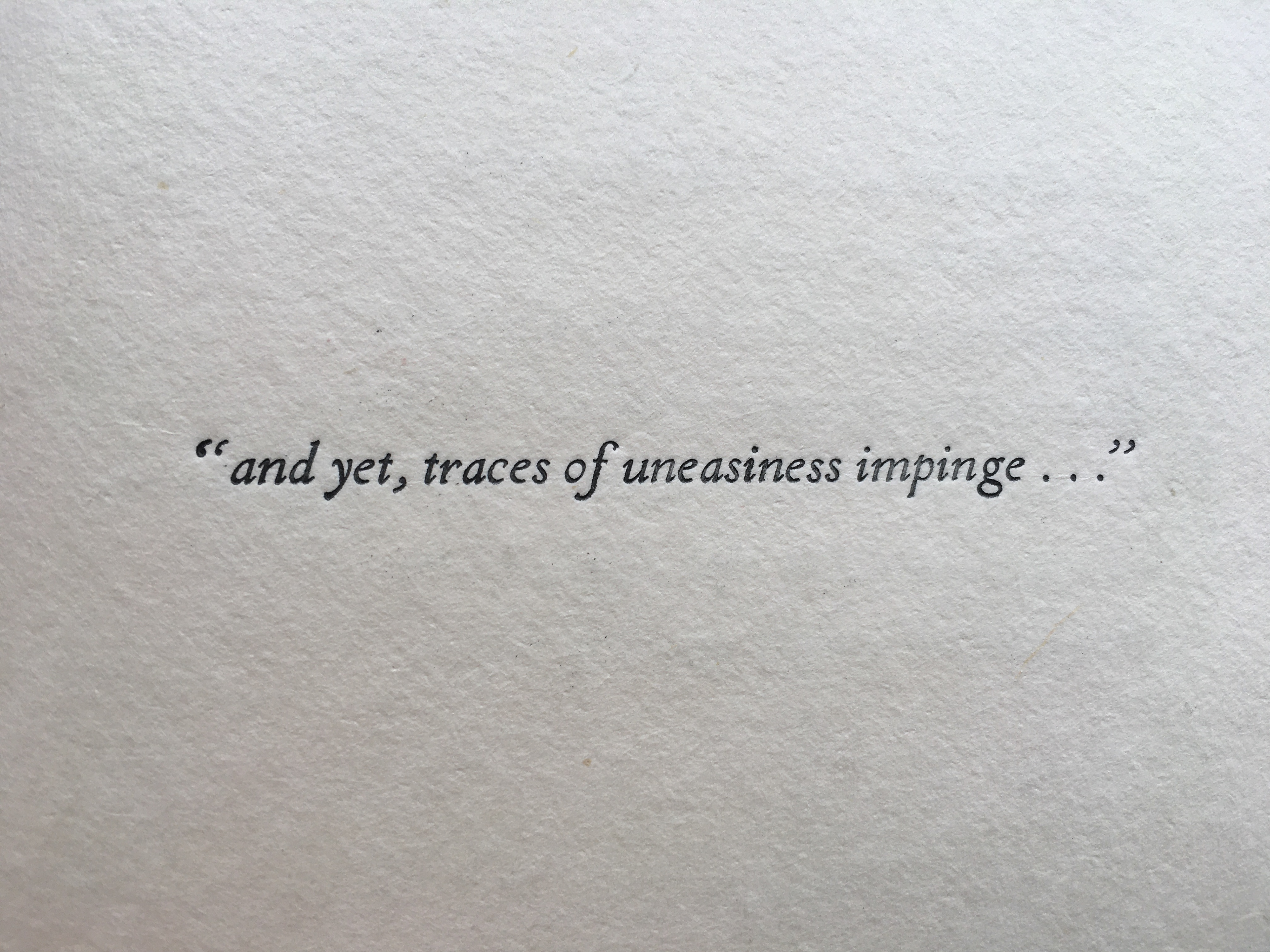 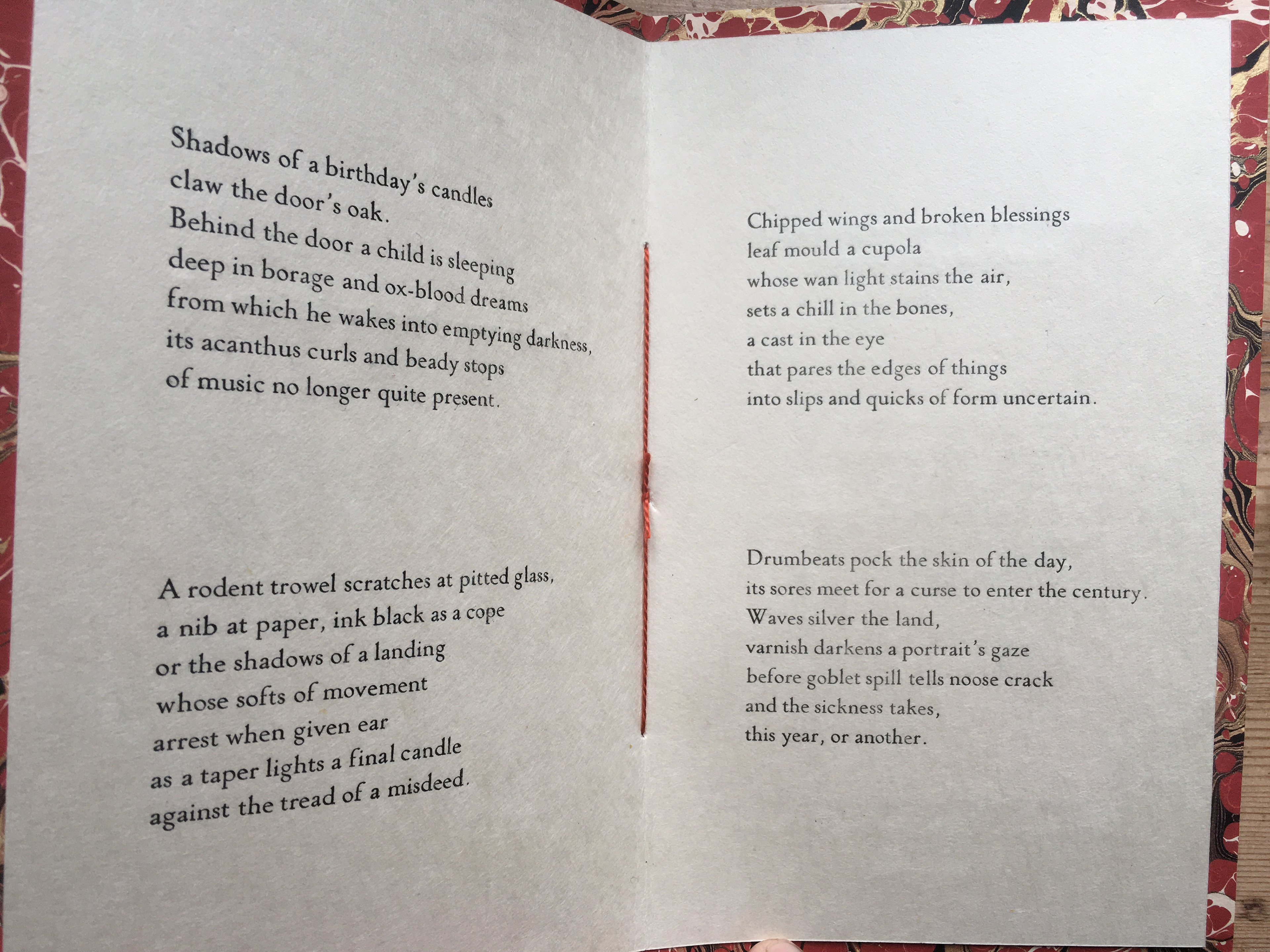 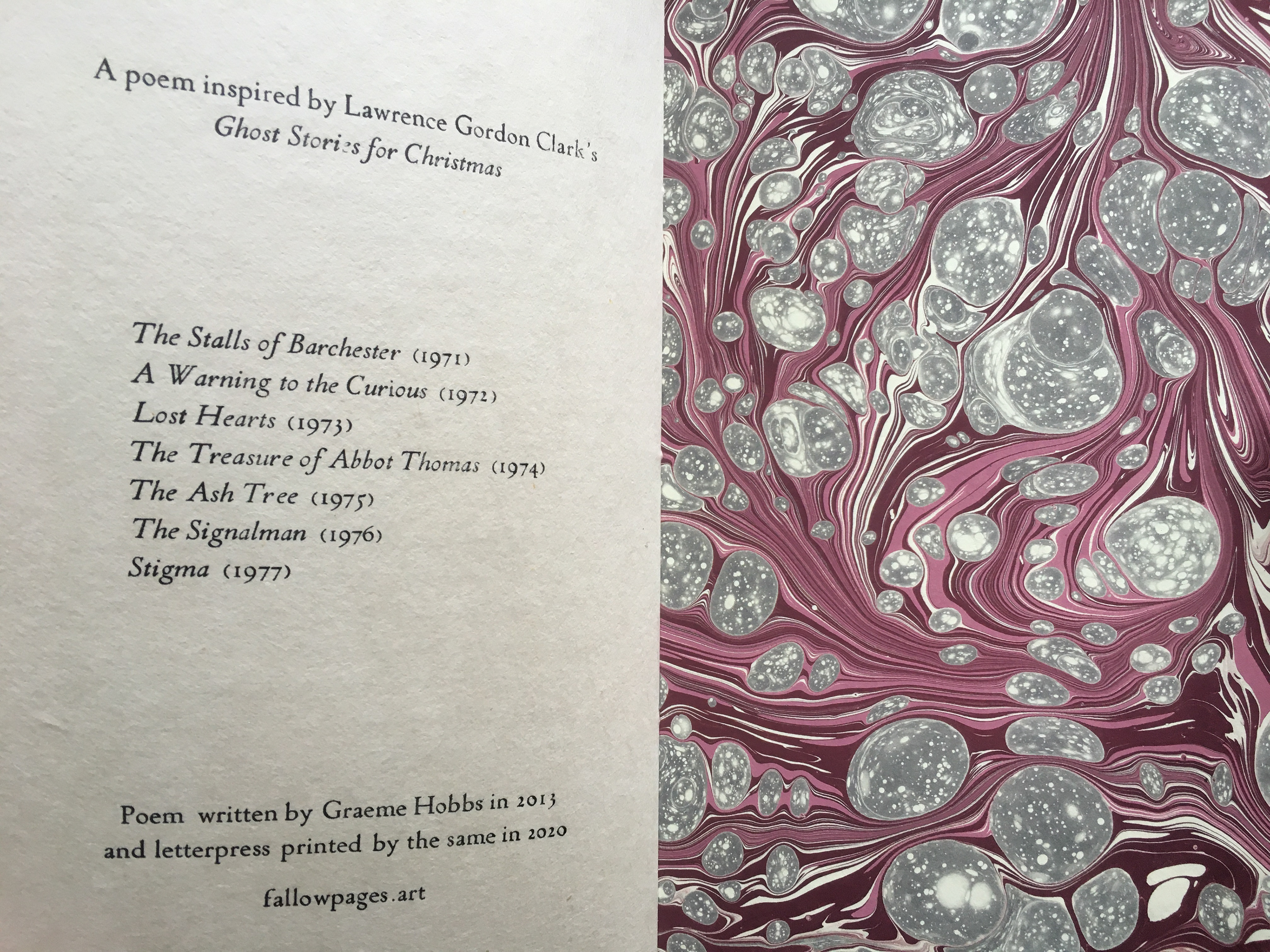 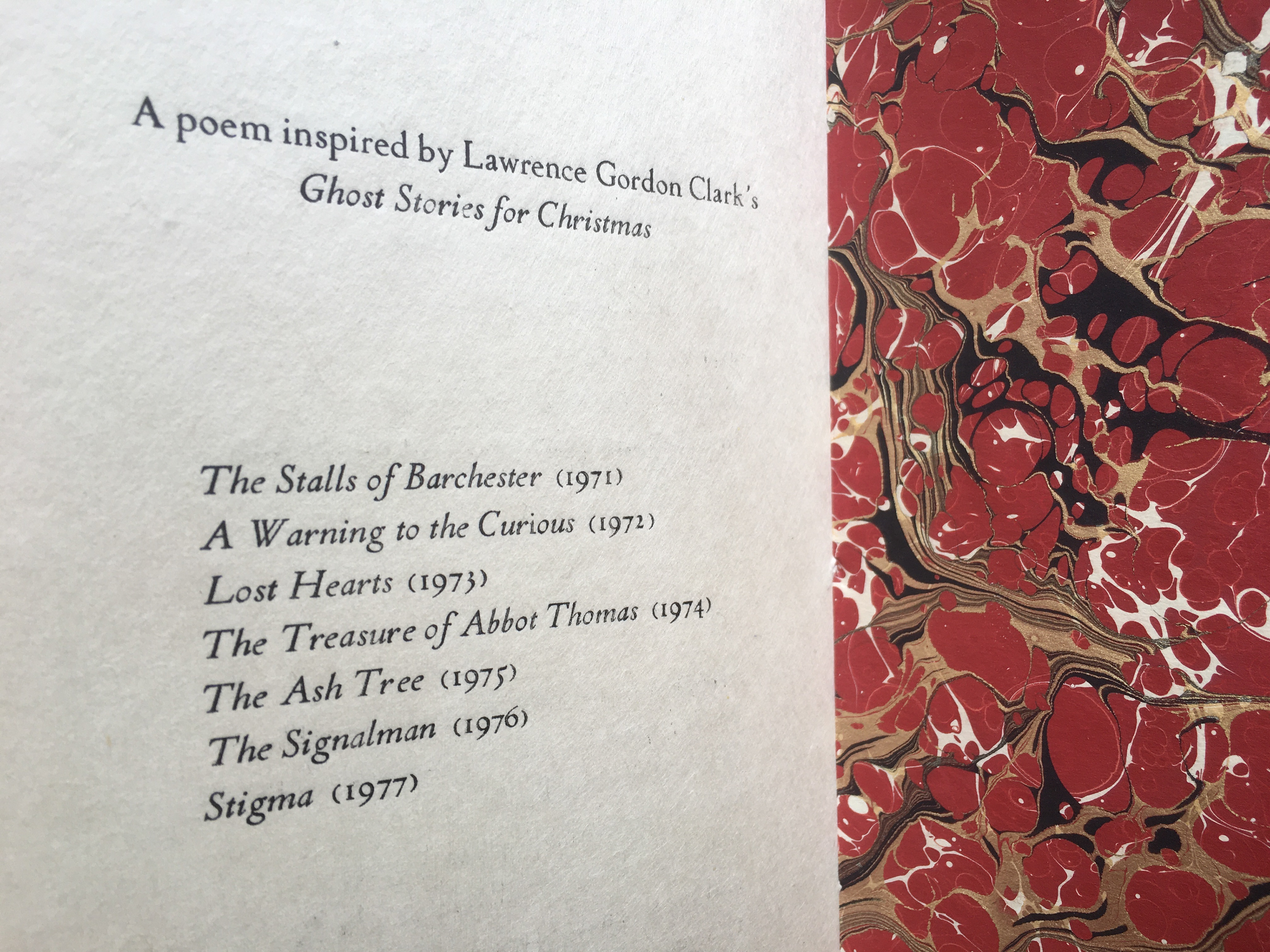 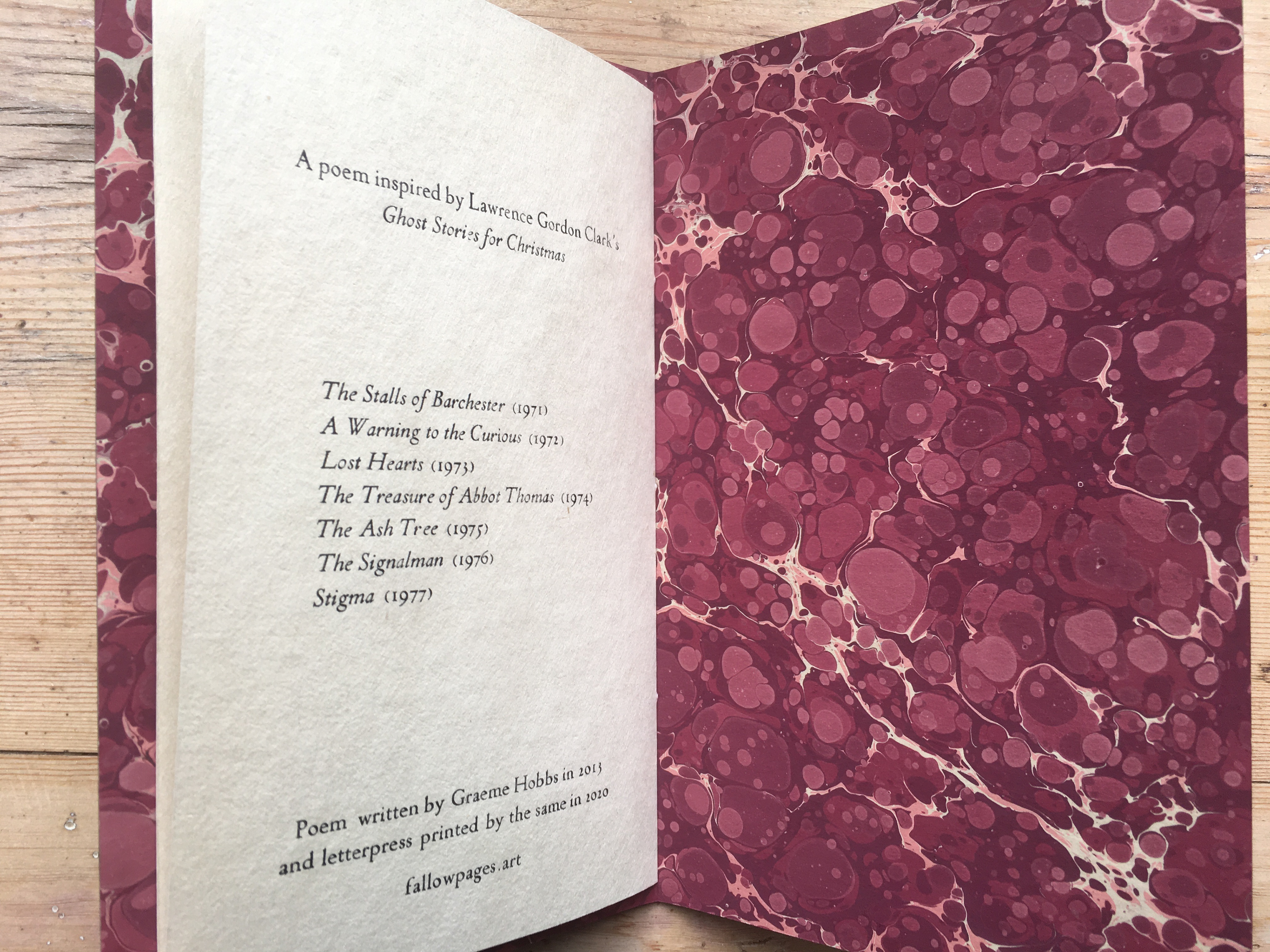 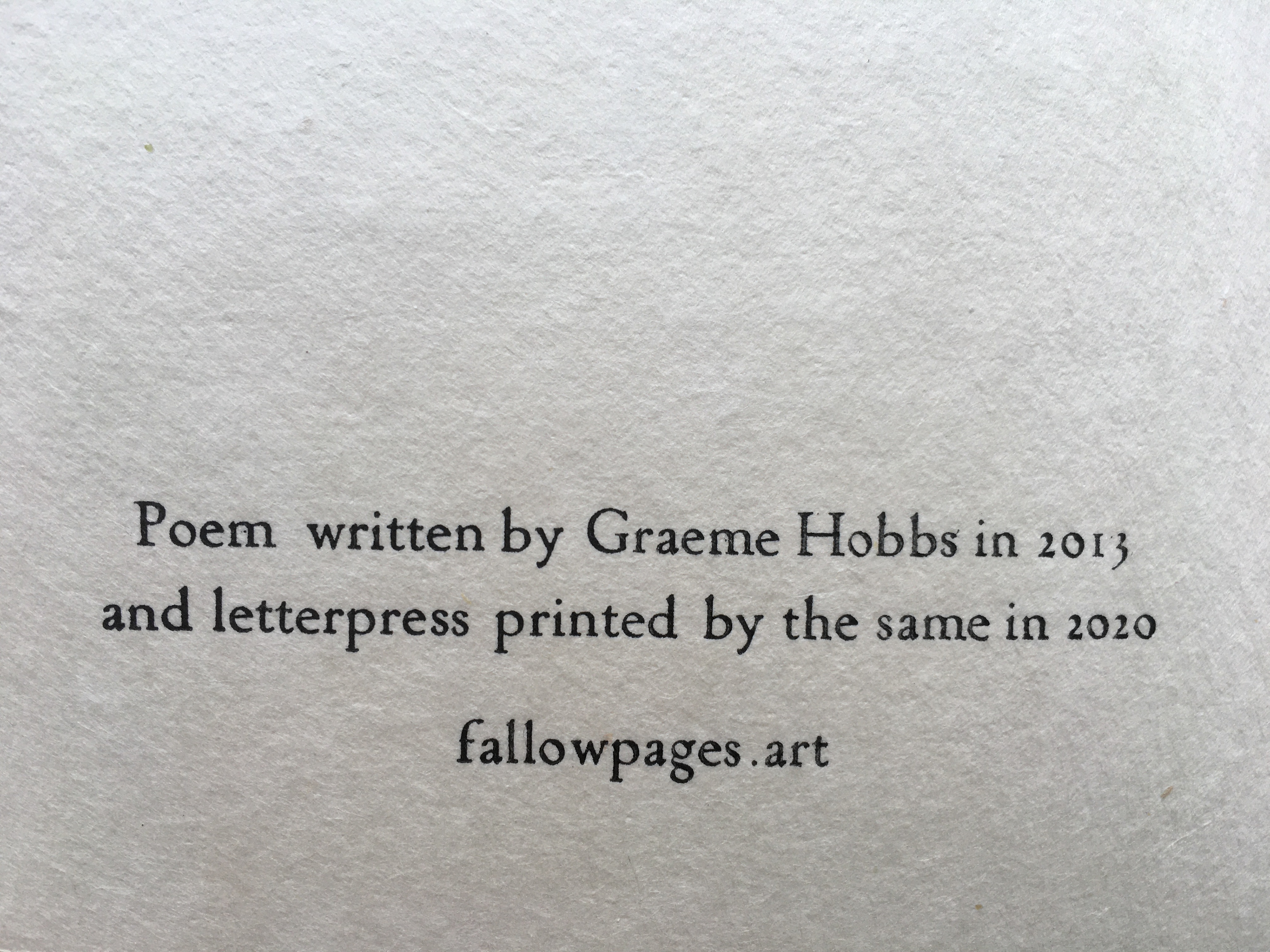 Following a conversation with a friend that touched on Lawrence Gordon Clark's Ghost Stories for Christmas, and wanting to put some Pastonchi type that he had gifted me to use, I decided to print up a poem that I had written a few years ago that was inspired by the series, 'and yet, traces of uneasiness impinge...' (the phrase, from The Stalls of Barchester, was Gordon Clark's). I wanted a plain cover to conceal a shock of opulence on opening (I was looking for the effect of the wallpaper I imagined in Mr. Abney's study in Lost Hearts), and the marbled paper that I had sitting around waiting for a use (see also s t a r s t u f f) seemed perfectly fitting as a slightly disconcerting setting for the words. The last line of the poem, 'and the sickness takes / this year, or another', has proved rather prescient. I'm glad I printed it when I did, in February 2020; given the current lockdown if I had left it until now I think I would have looked for different subject matter. 16 copies.

Ours was an age of certainties
↑Back to Top