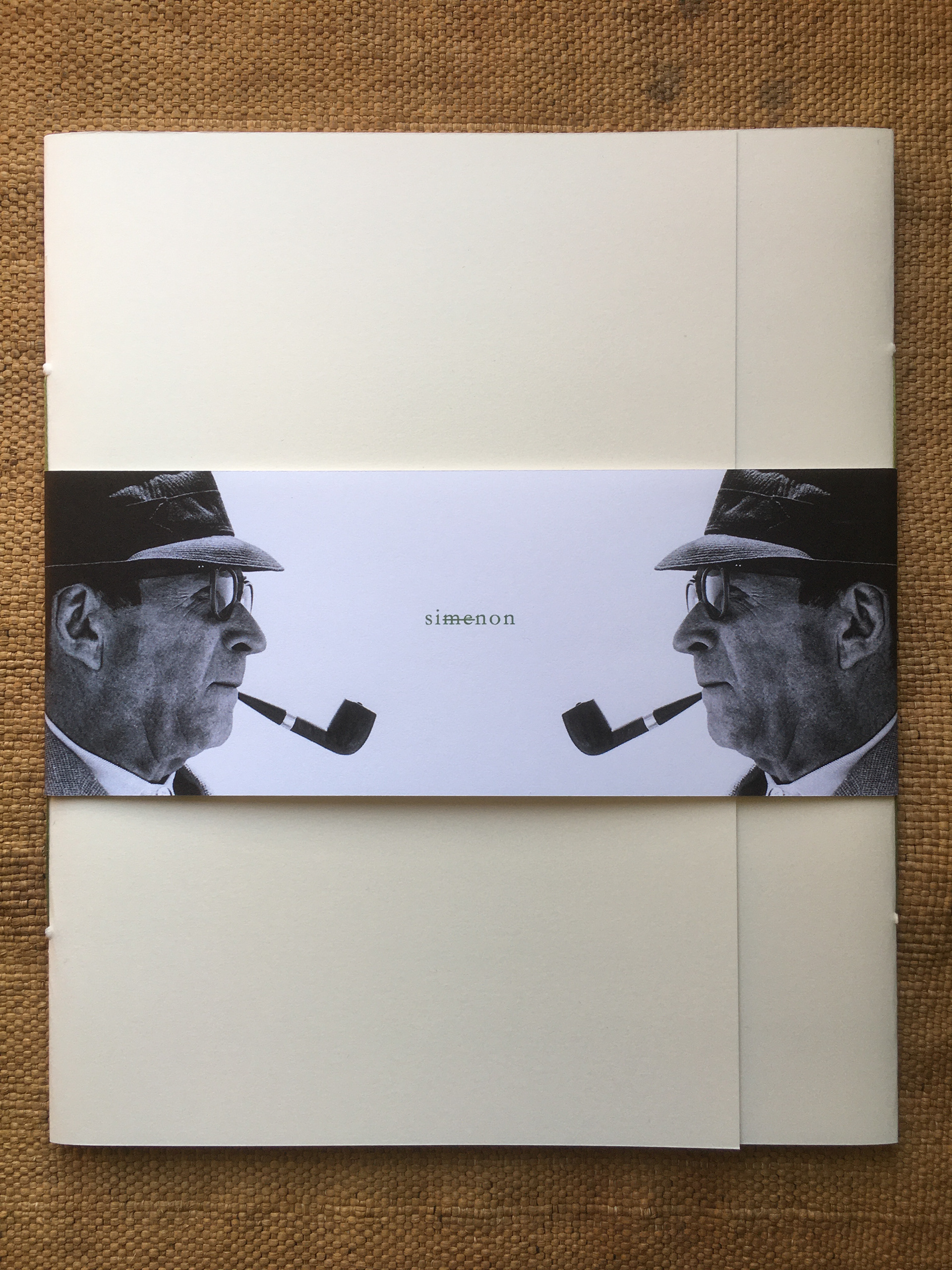 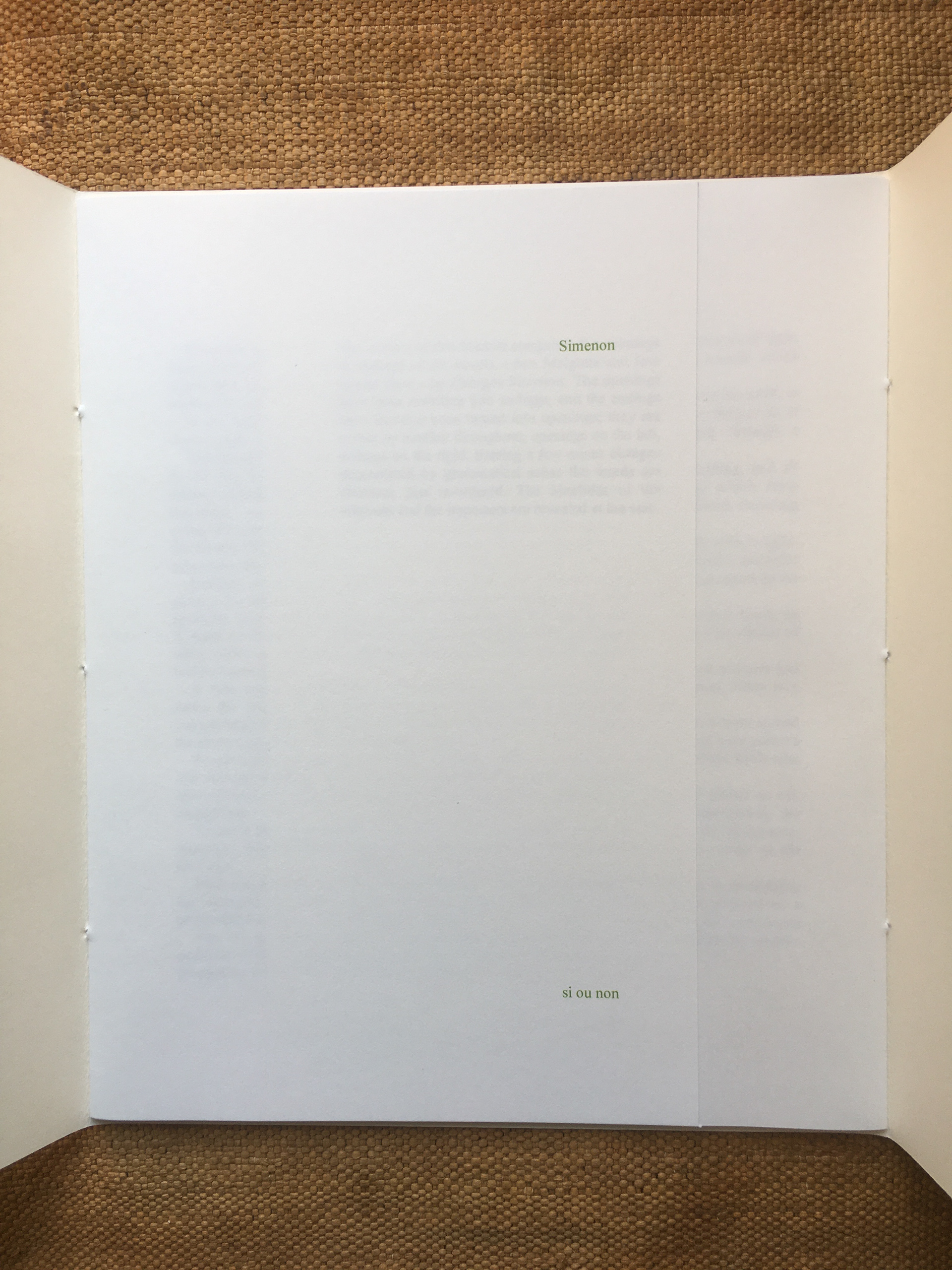 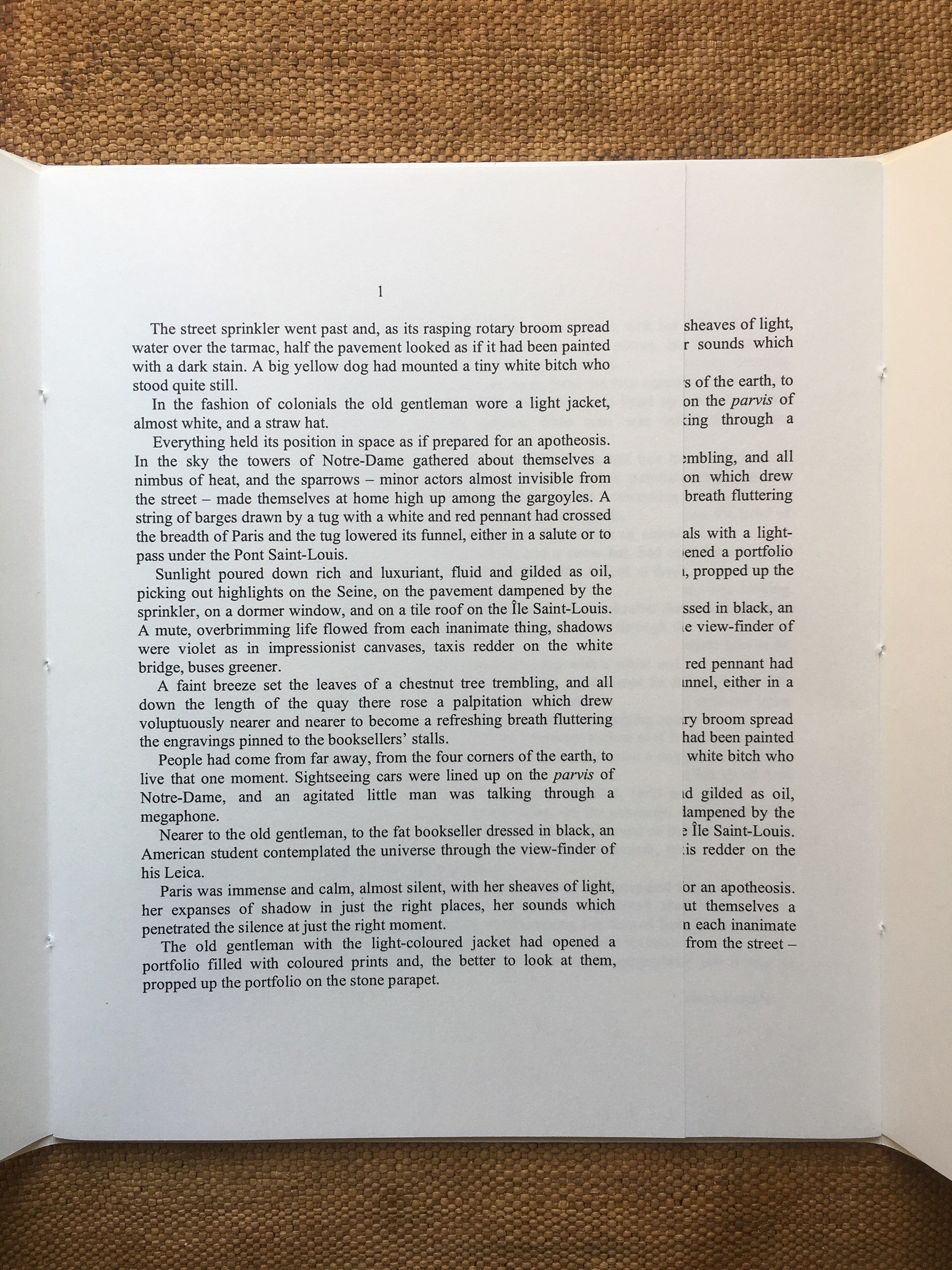 The content of Simenon (Simenon si ou non) comprises the openings or endings of six novels – two Maigrets and four romans durs – by Georges Simenon. The openings have been rewritten into endings, and the endings have likewise been turned into openings. Barring a few minor changes necessitated by grammatical sense the words are identical, just re-ordered; they are paired by number throughout, raising the puzzle of which is which, with the identities of both originals and imposters revealed at the end. The booklet is sewn at both sides (this was the origin for the booklet in fact as I was looking for a subject suitable for such a treatment) with the pages interleaved. I know the French title is gramatically shaky (‘You’re not going to call it that, are you? Si!’) but that’s what it has been since the booklet’s inception; the name was too good not to make use of in such a way. 24 copies.

The Collier & The Foss
↑Back to Top