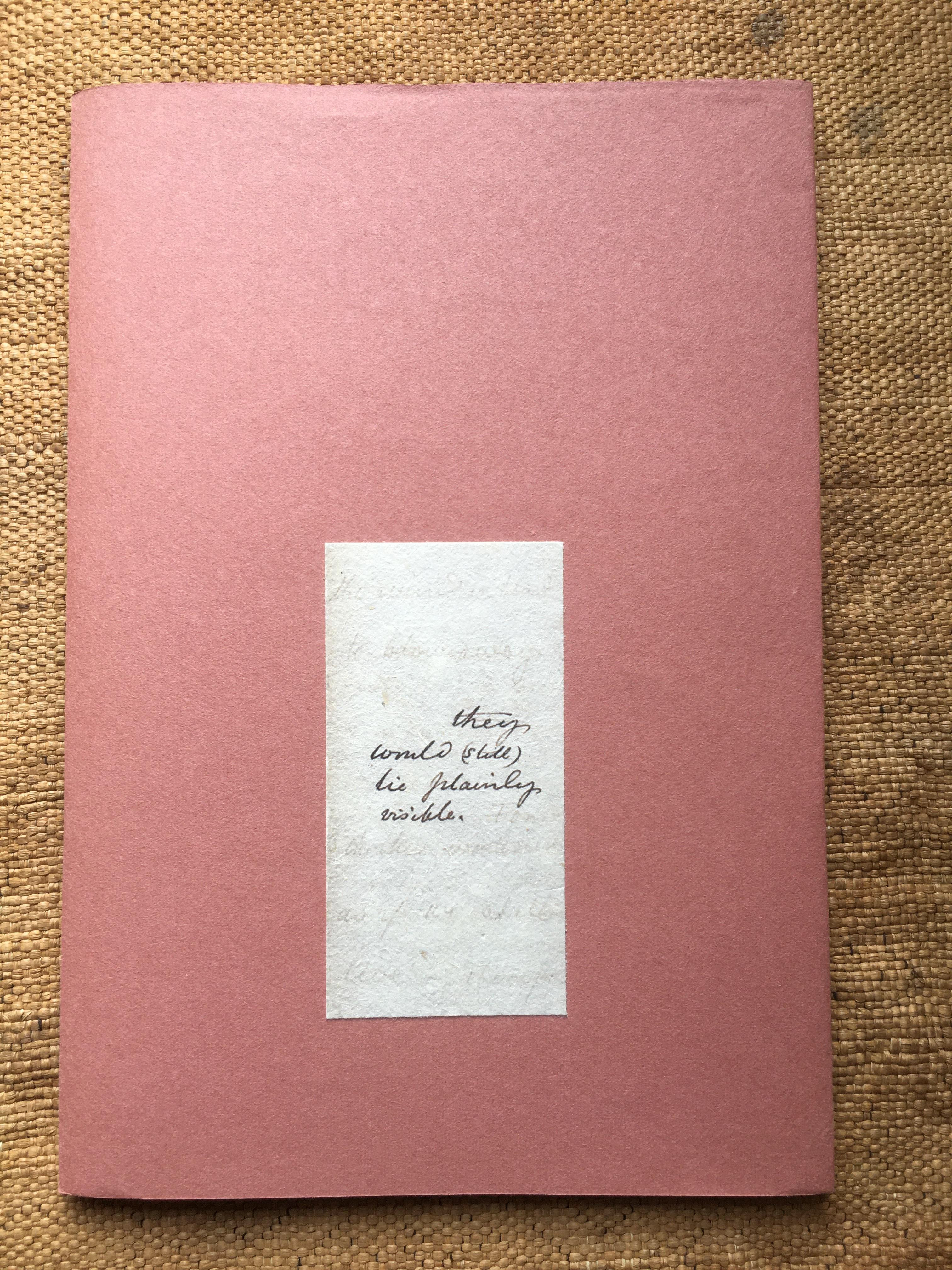 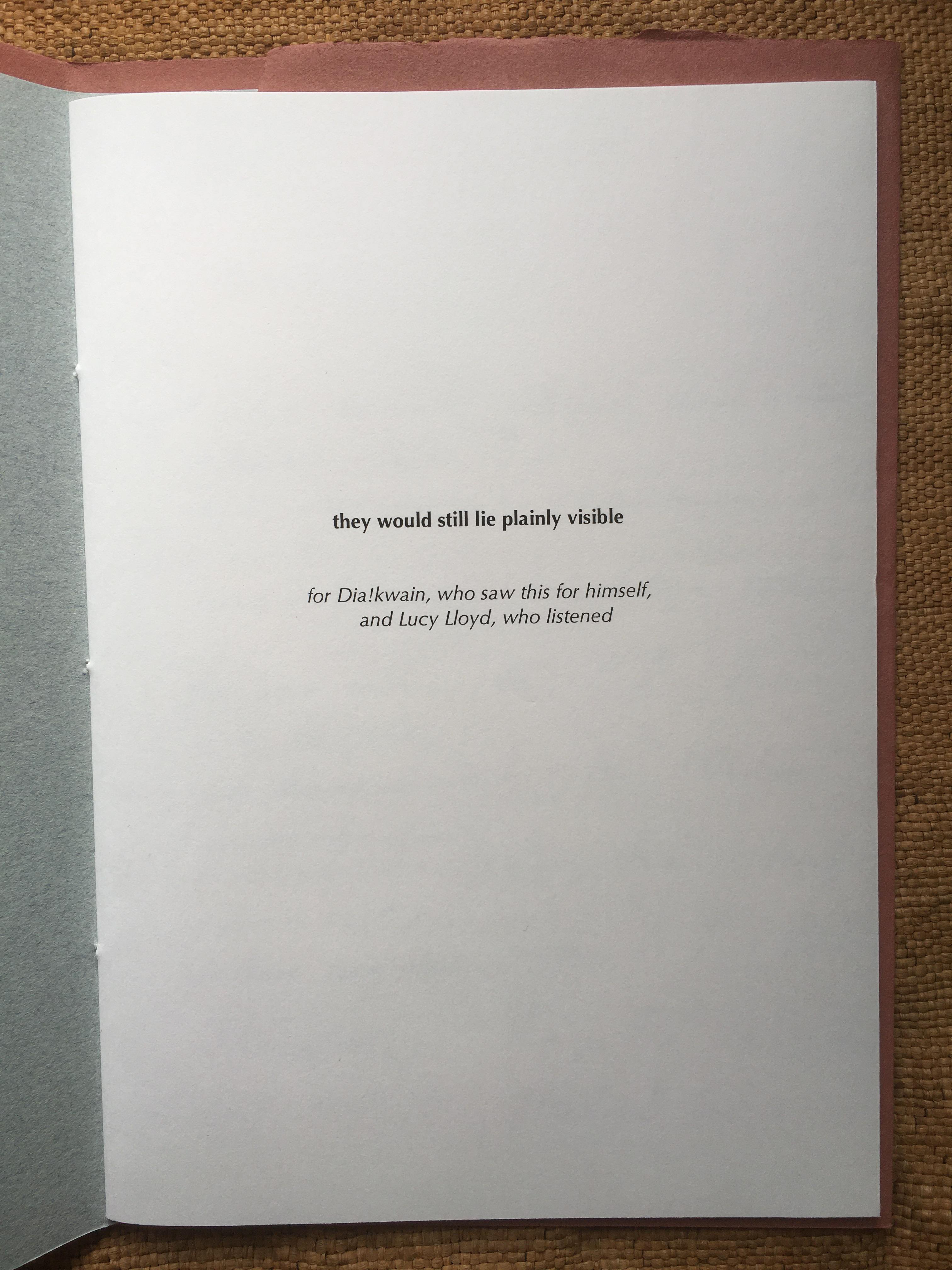 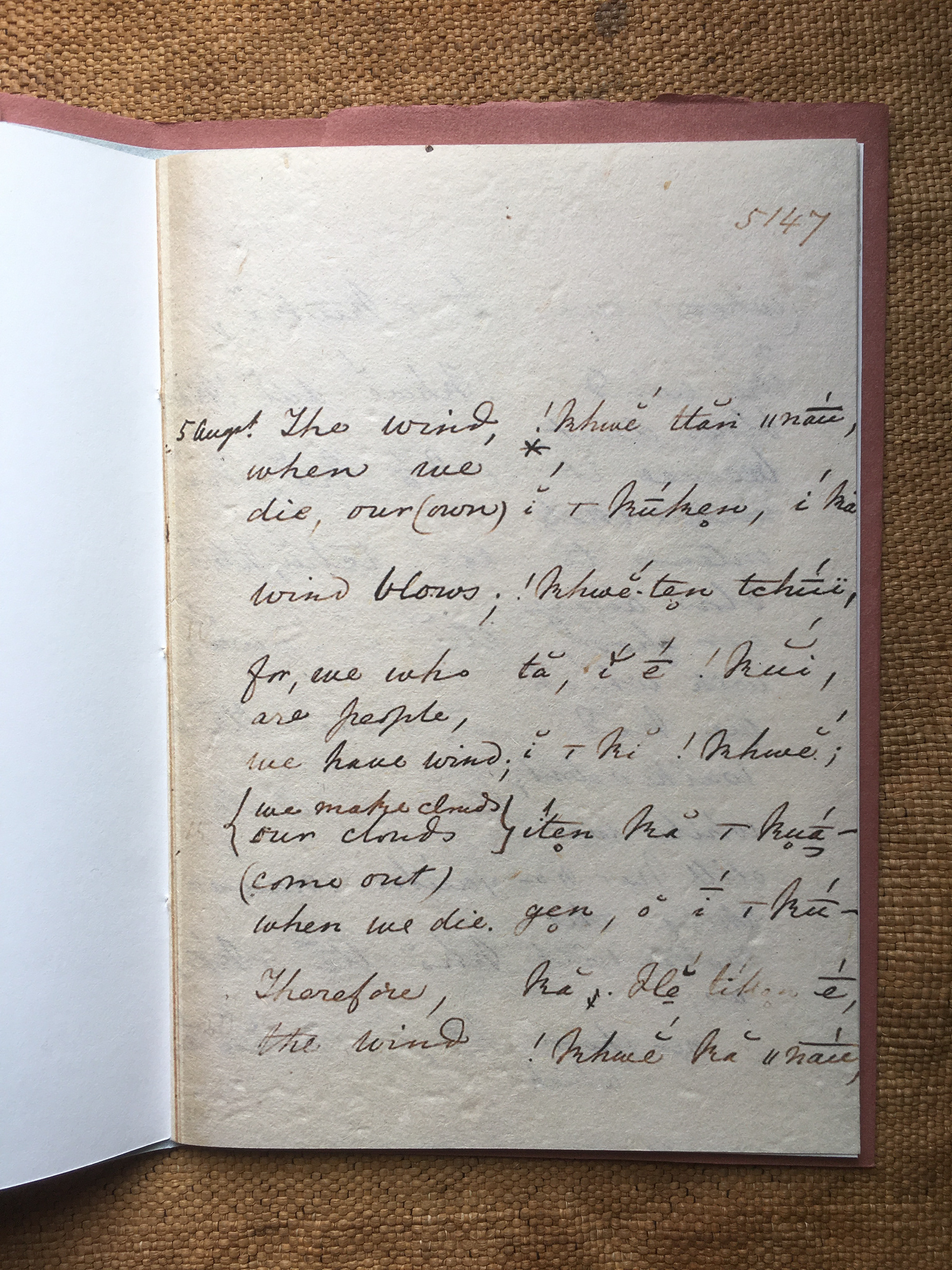 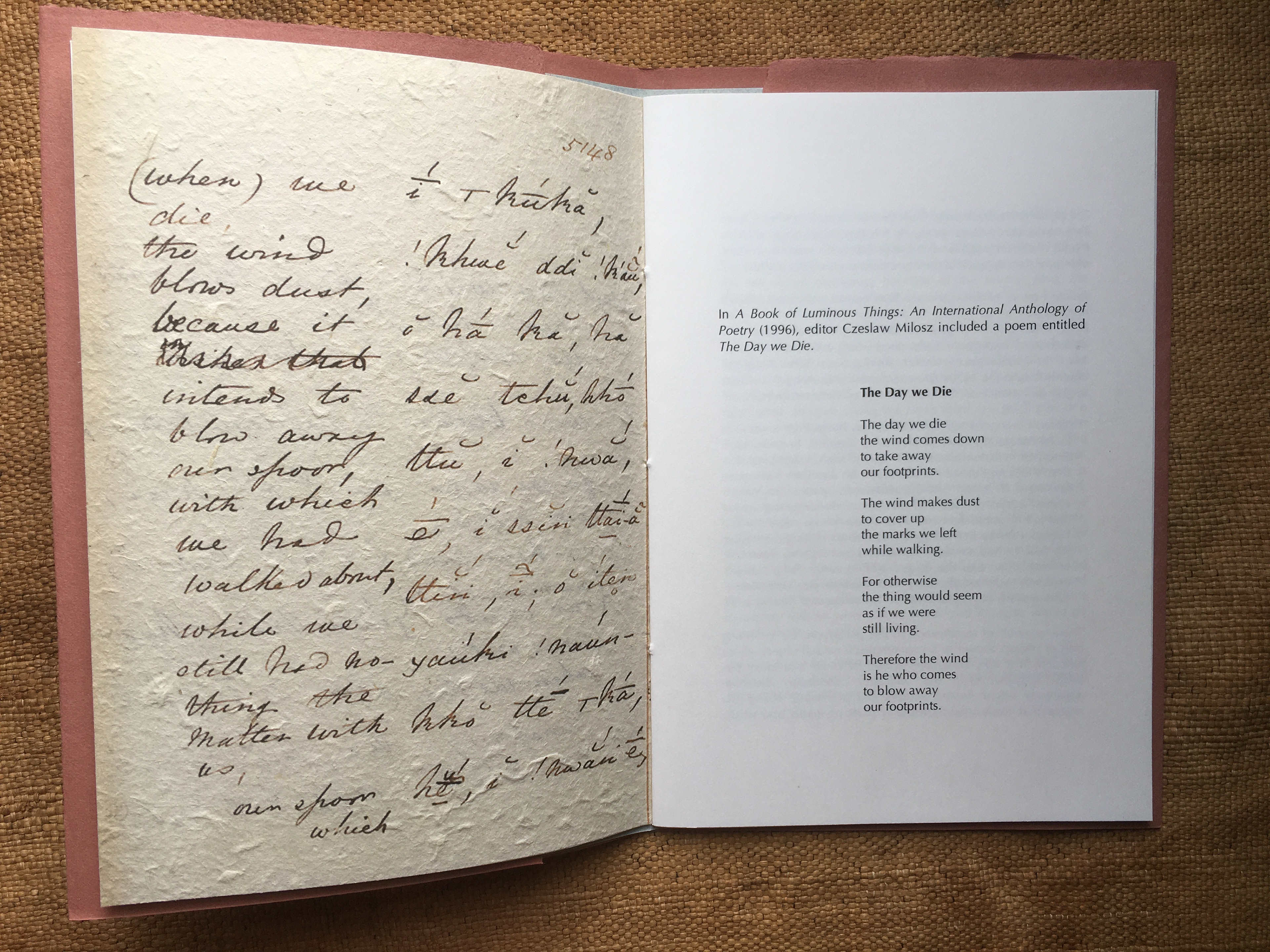 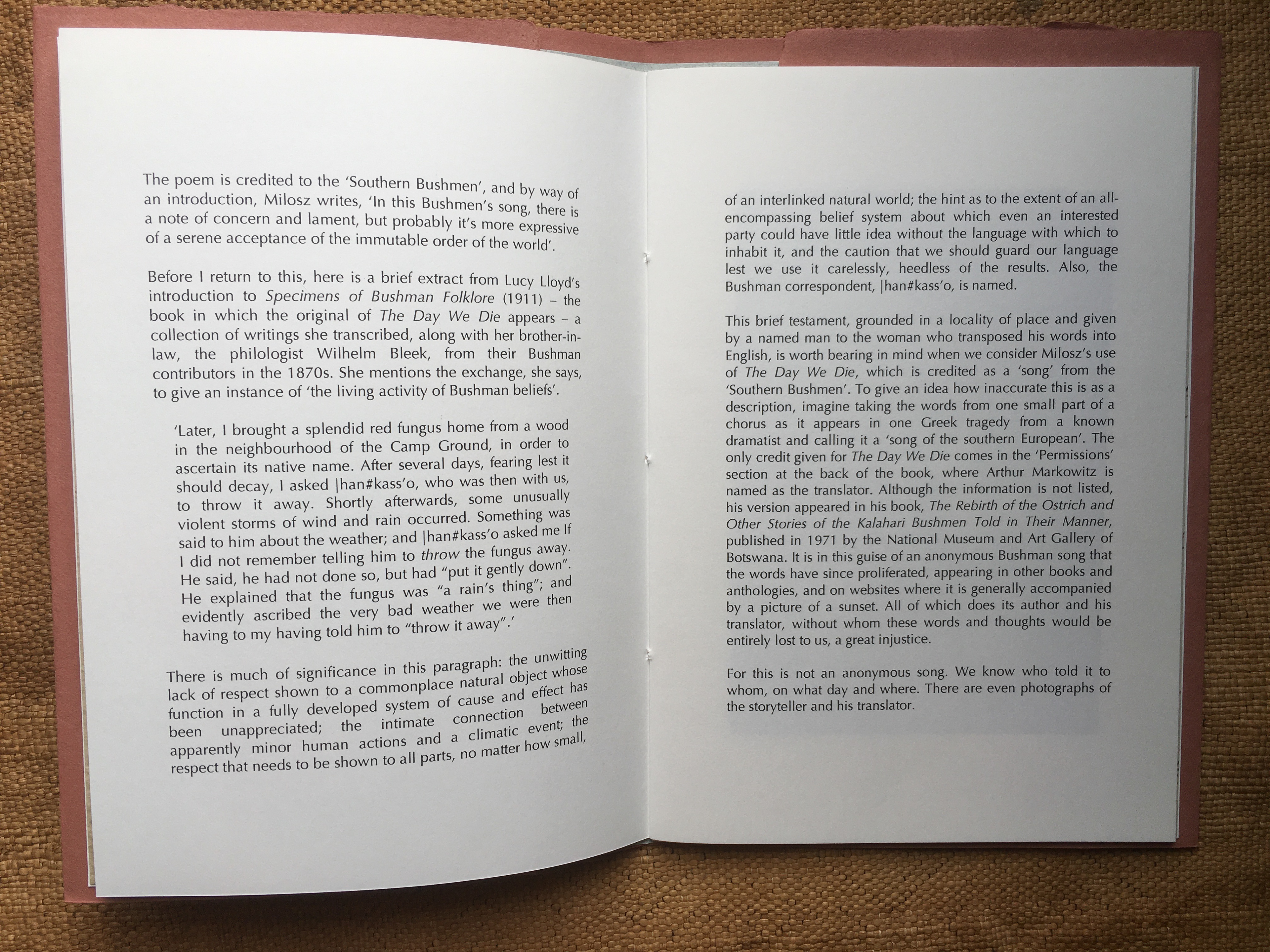 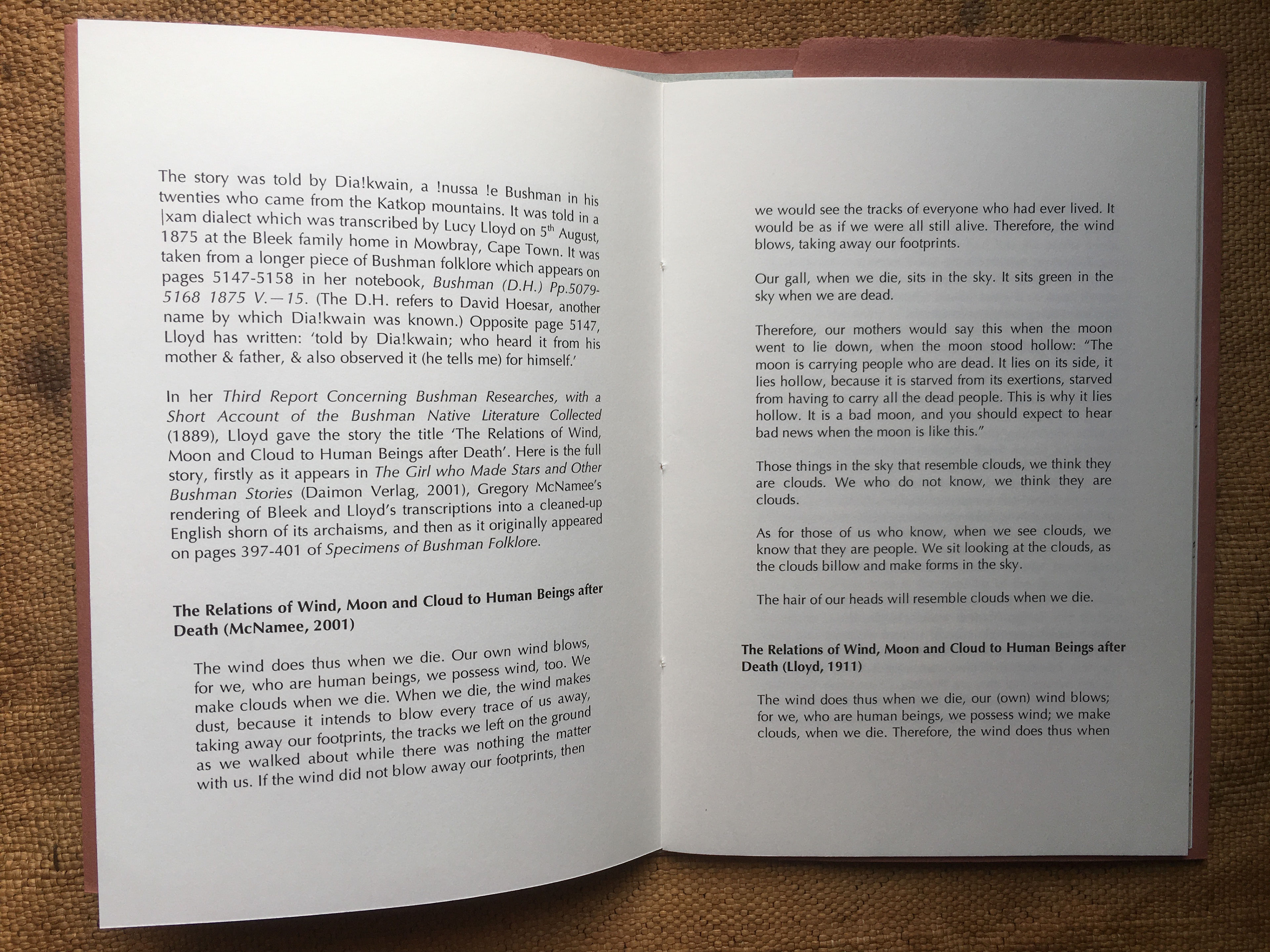 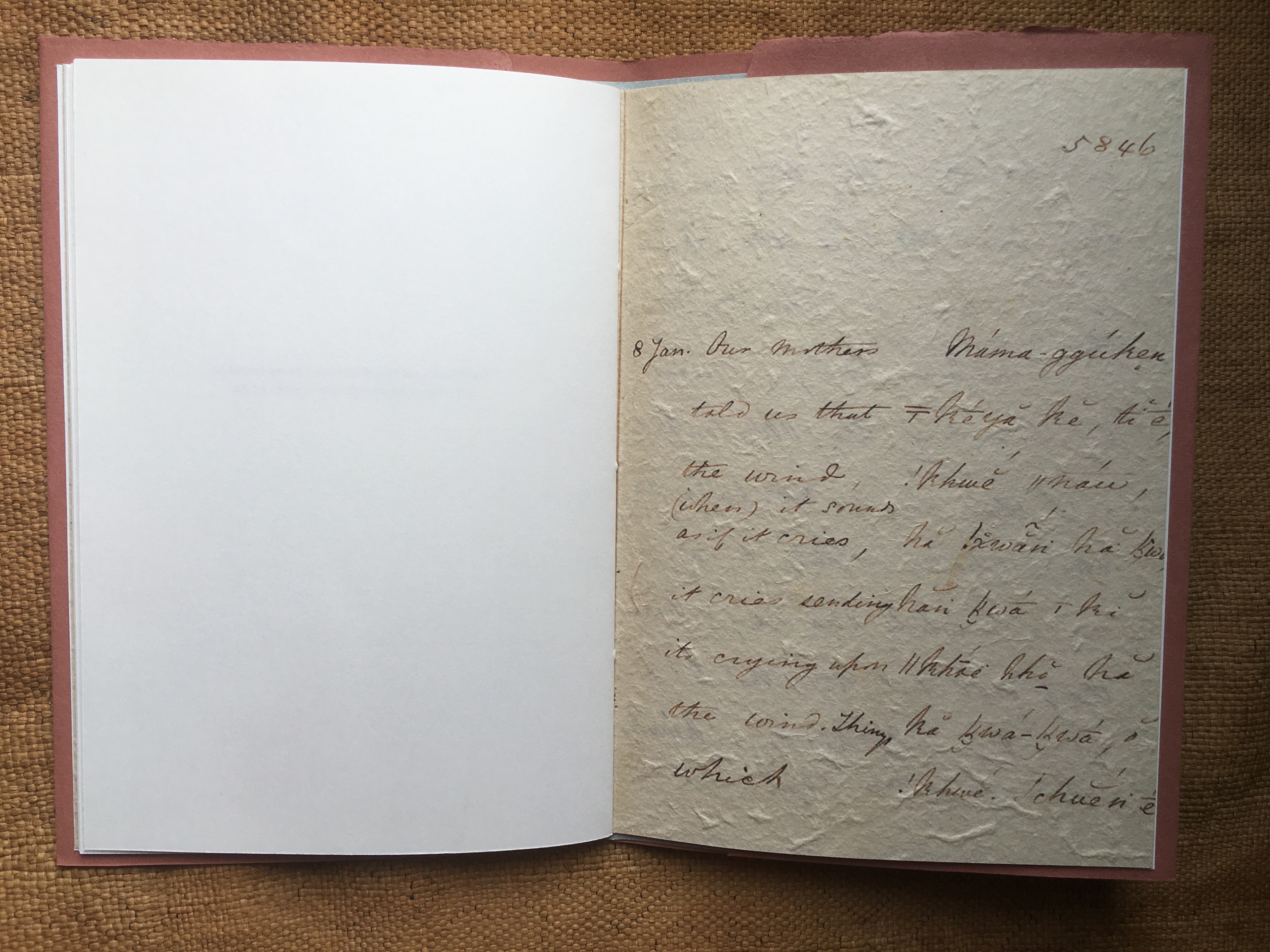 In A Book of Luminous Things: An International Anthology of Poetry (1996), editor Czeslaw Milosz included a short poem entitled The Day We Die, which he calls a song from the ‘Southern Bushmen’. The only credit – given in the ‘Permissions’ section at the back of the book – goes to Arthur Markowitz, who is named – erroneously – as the ‘translator’. All of which does its author and its real translator, without whom these words and thoughts would be entirely lost to us, a great injustice. For this is not an anonymous song. (To give an idea how inaccurate this is as a description, imagine taking the words from one small part of a chorus as it appears in one Greek tragedy from a known dramatist and calling it a ‘song of the southern European’.) We know who told it to whom, on what day and where. There are even photographs of the storyteller and his translator. The story – of which ‘The Day we Die’ is but one part and which was given the title ‘The Relations of Wind, Moon and Cloud to Human Beings after Death’ by Lucy Lloyd – was told by the !nussa !e Bushman Dia!kwain, in a |xam dialect which was transcribed by Lucy Lloyd on 5th August, 1875 in Cape Town. It appears on pages 5147-5158 in her notebook, Bushman (D.H.) Pp.5079-5168 1875 V.—15 – one of the 131 of her notebooks, containing transcriptions of stories in |xam and !kun languages, which can be seen online at the remarkable Digital Bleek and Lloyd collection. This booklet gives a brief history of the text and how it has changed since 1875, and looks at how the abridged version that appears in the anthology distorts the original and continues the history of marginalisation and worse that has been the Bushmen’s lot. It also attempts to restore Dia!kwain and Lucy Lloyd’s names to their rightful place as originators of the text. The title – and the writing on the booklet’s wrapper – is taken from the third page of Lloyd’s original transcription of the story. 24 page sewn booklet with wrappers, October 2014.

Hill Pond
↑Back to Top