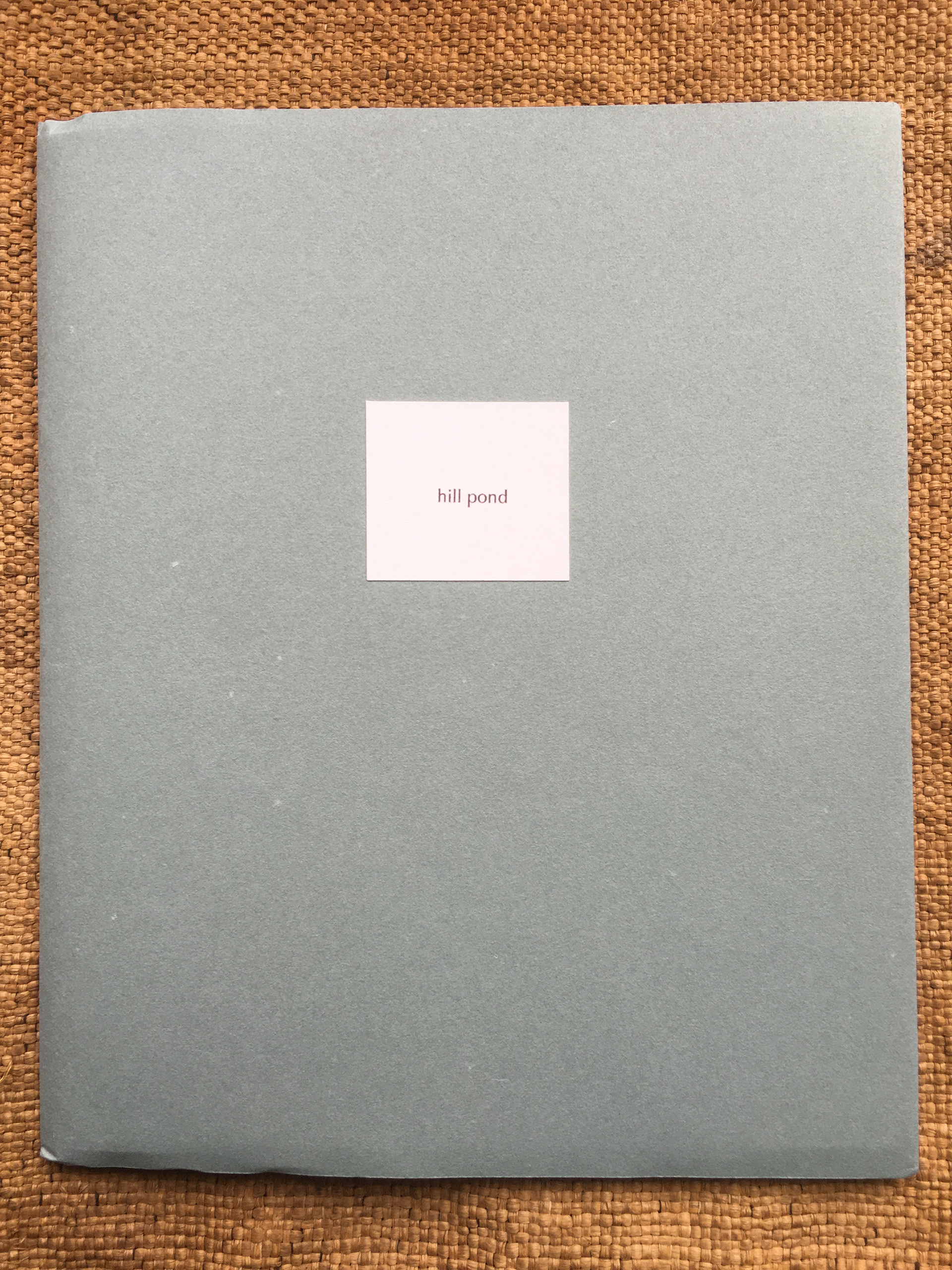 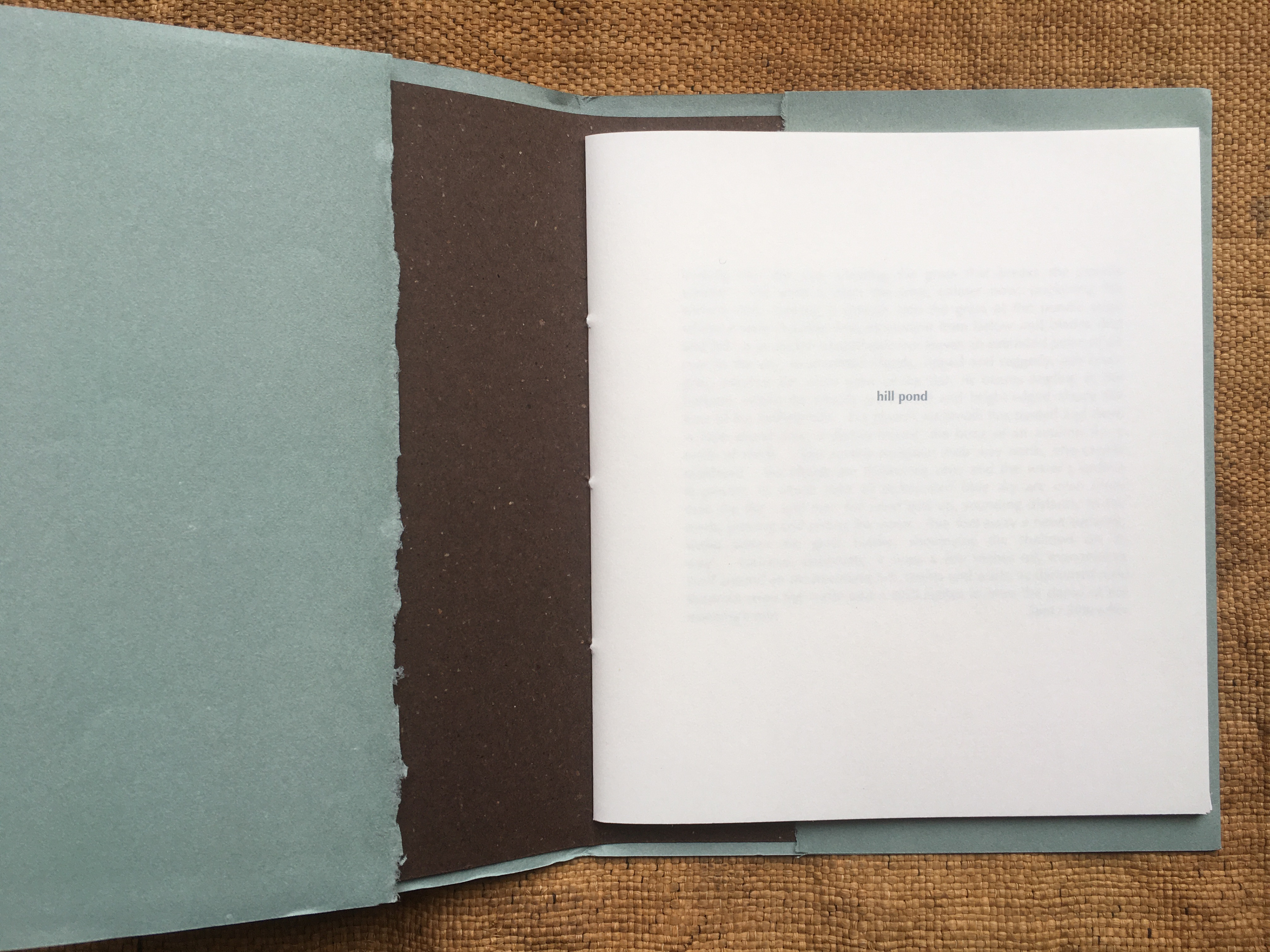 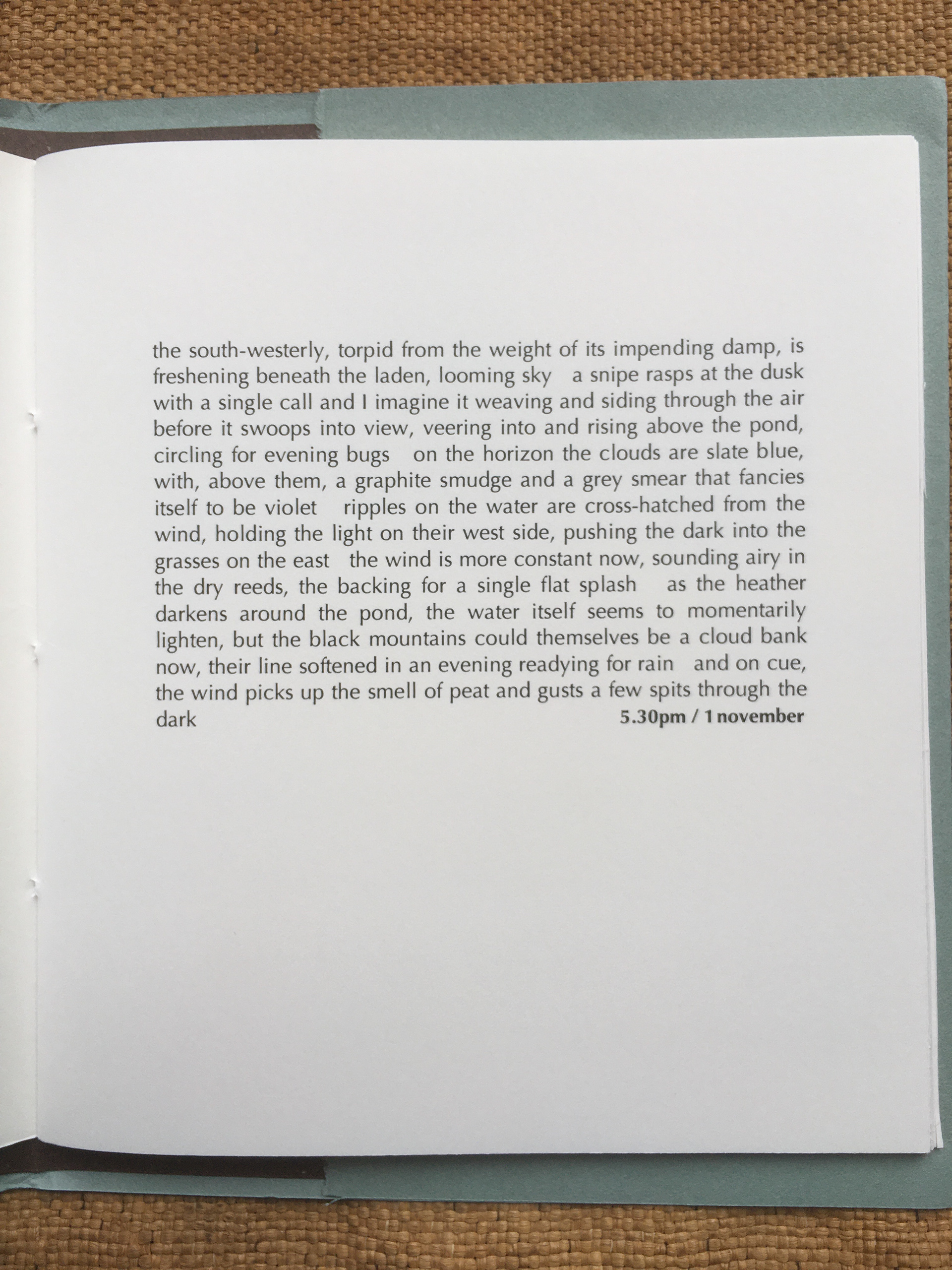 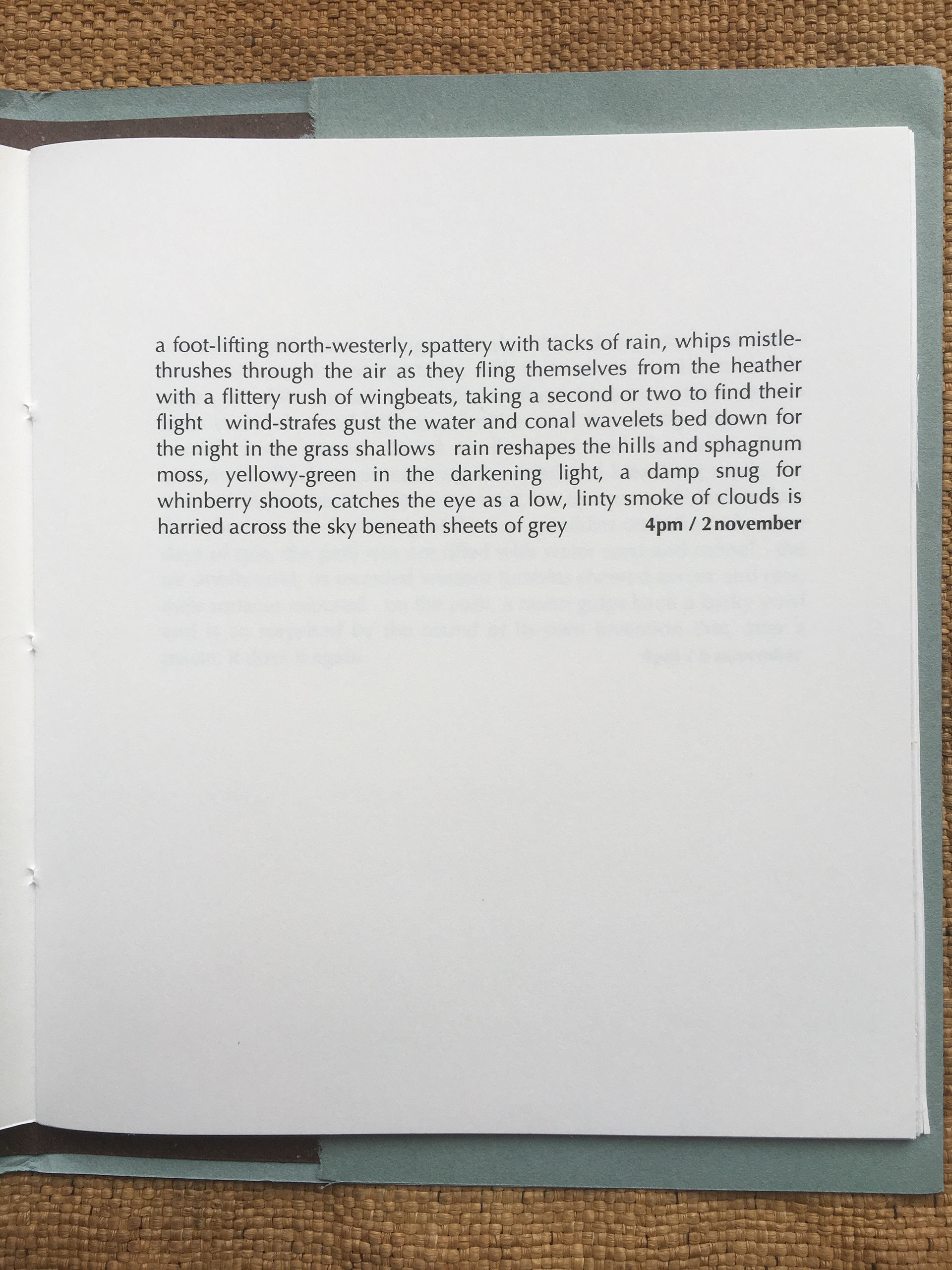 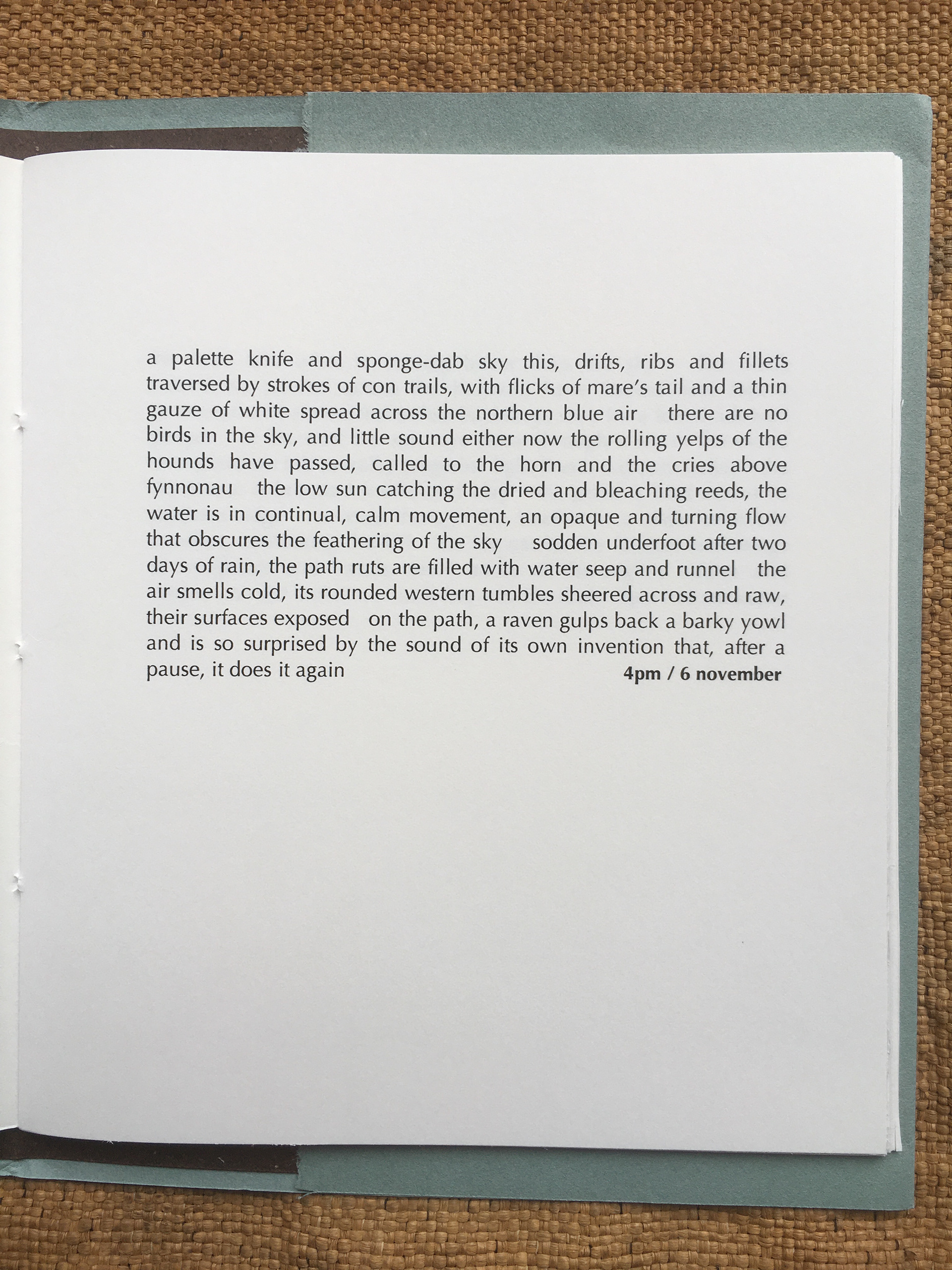 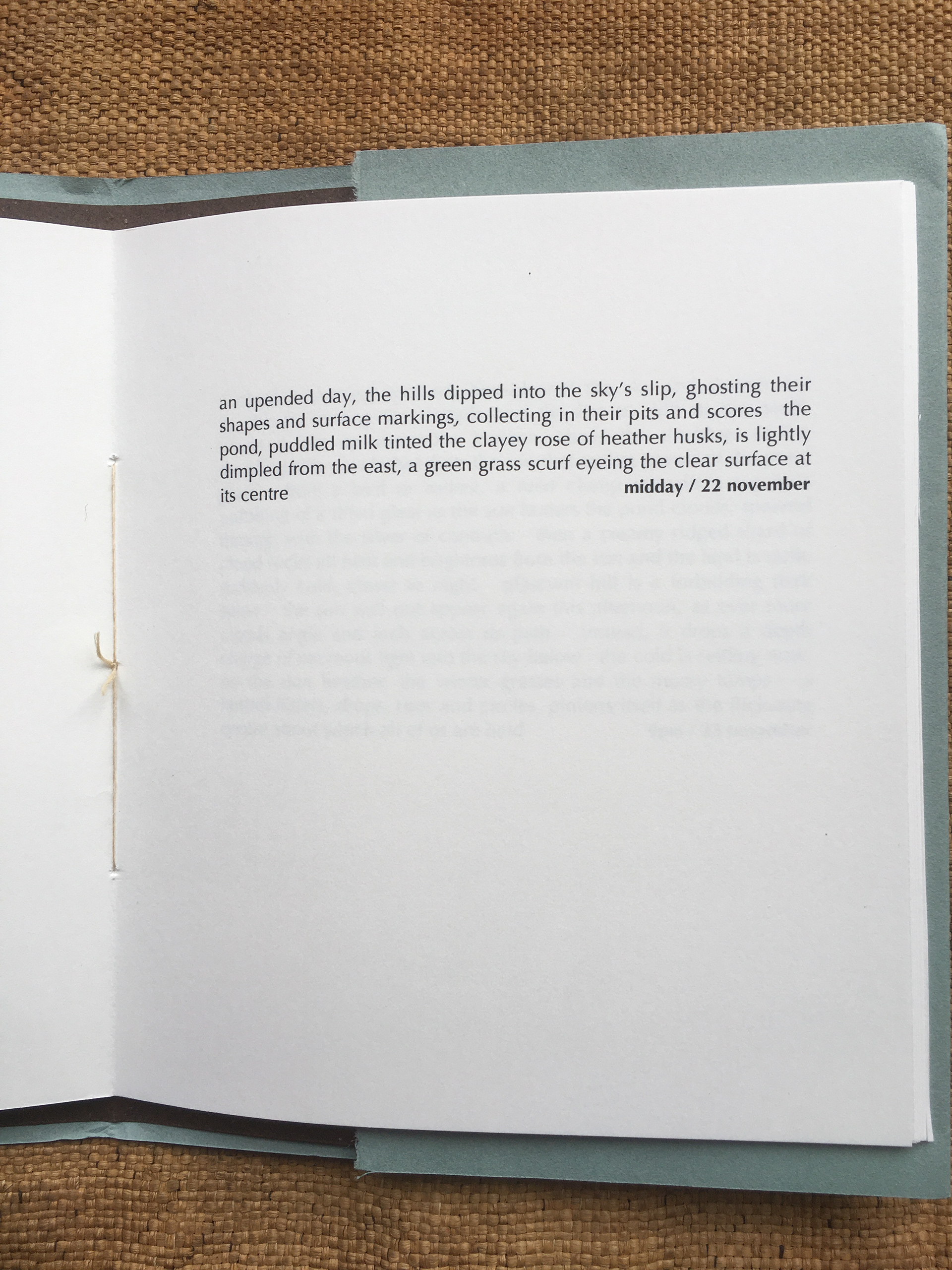 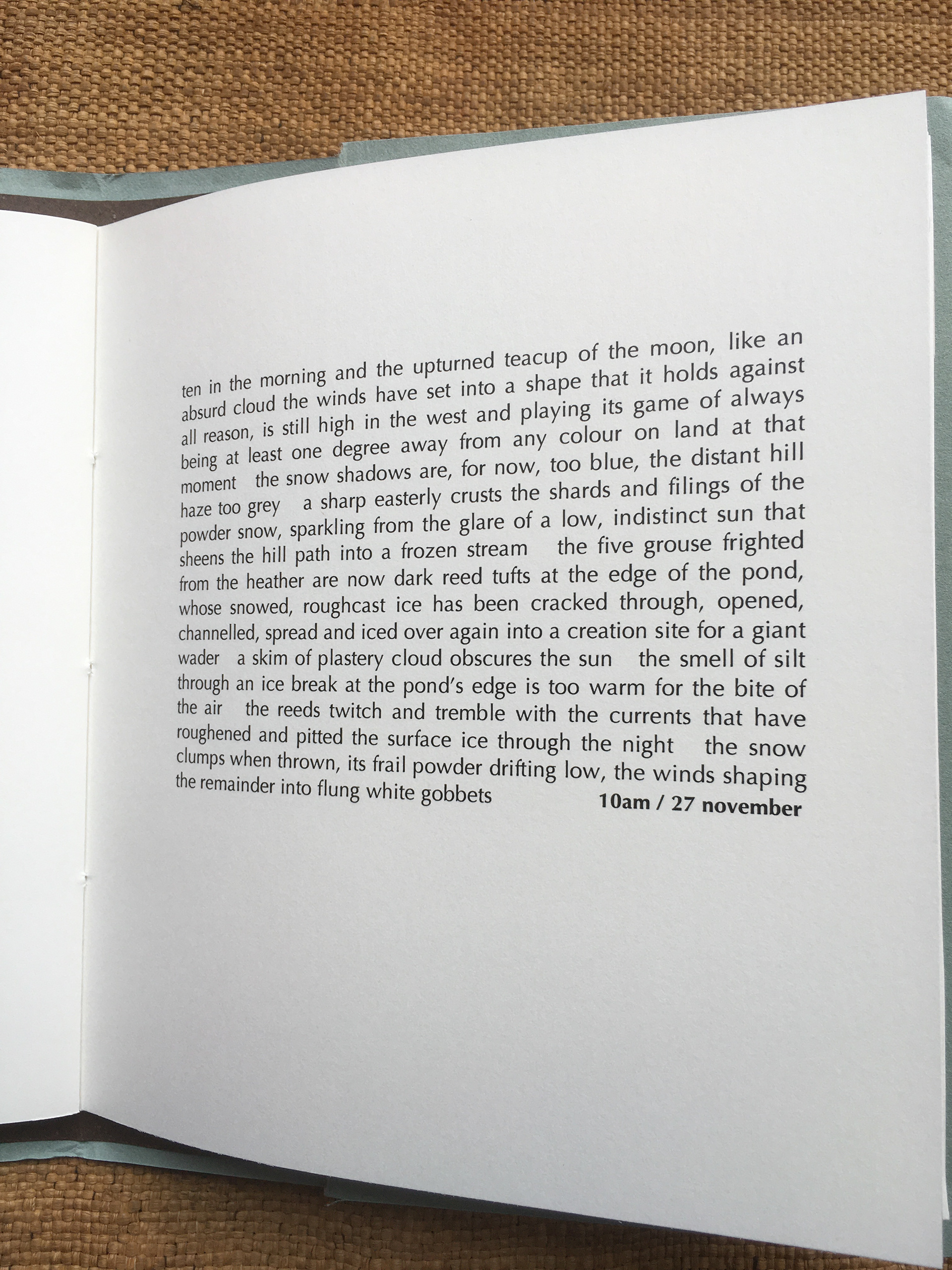 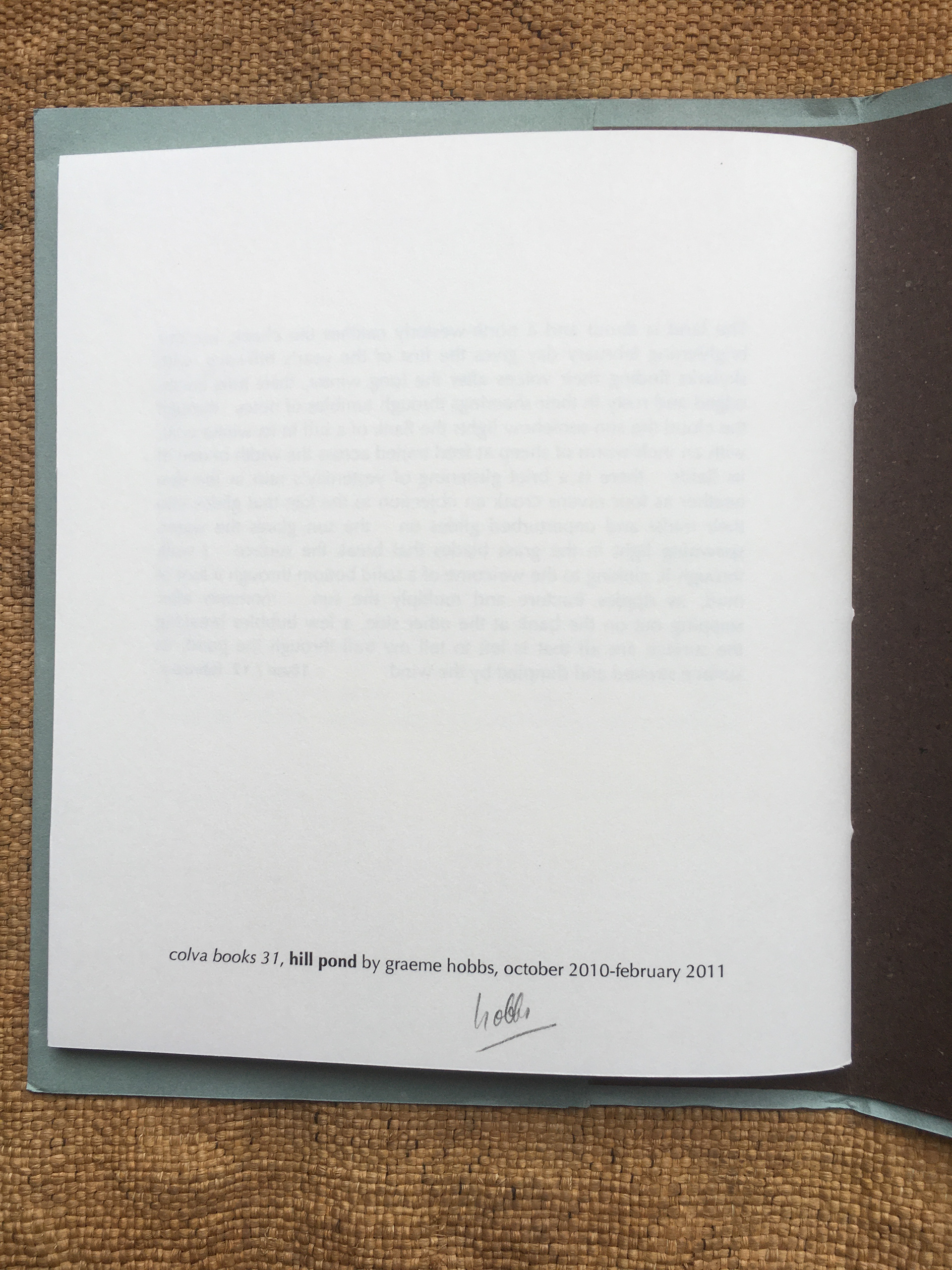 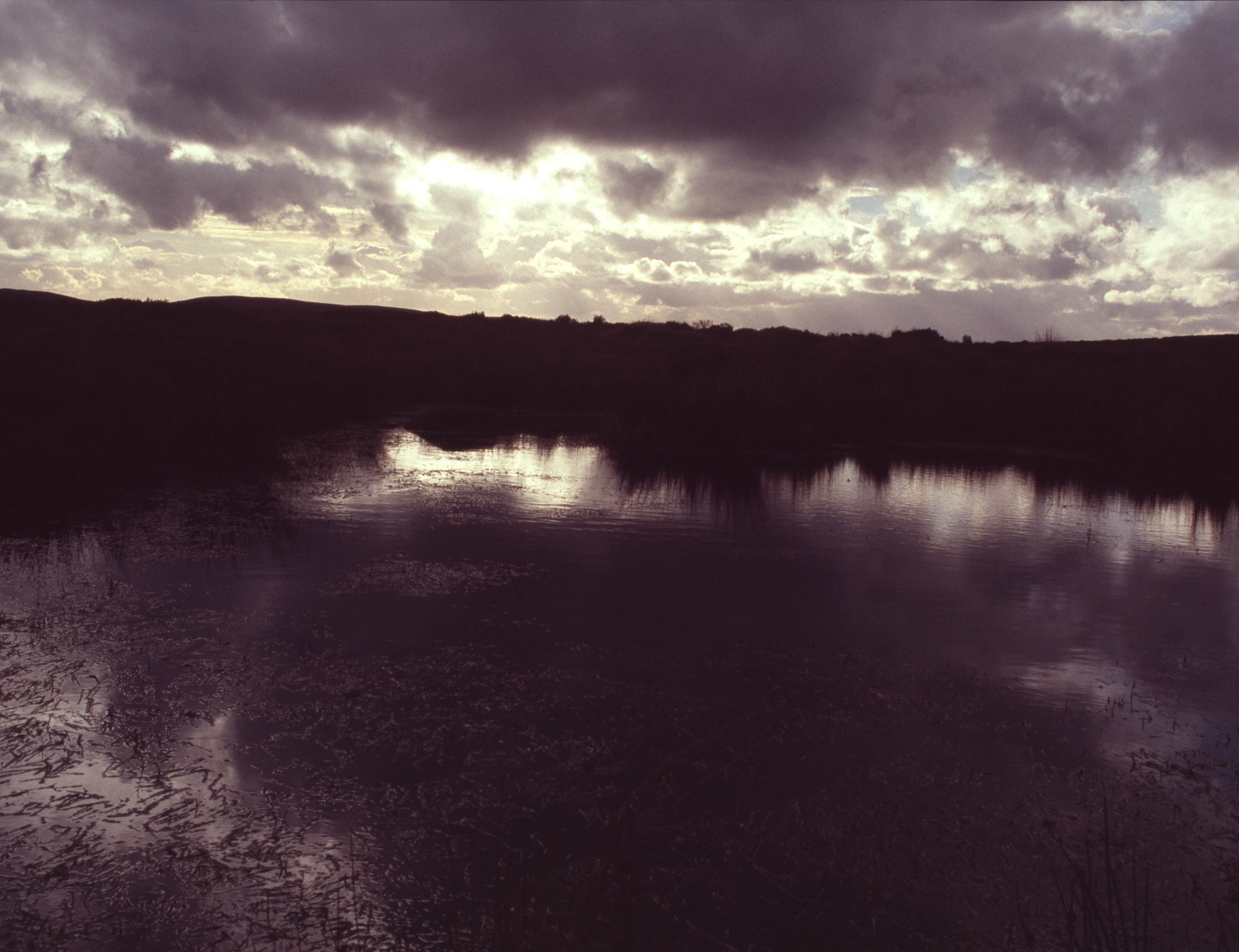 The genesis of this booklet was both a photograph I took of a small hill pond on the moor above our old house, and my disgust at such an unsatisfactory action being my initial reaction to the scene. Briefly, taking a photograph seemed to me trite and disrespectful, and involved little or no real exchange between me and the place itself. Hence I conceived a book of written descriptions in lieu of photographs, descriptions written in situ which allowed duration and peripheral vision to seep into the scenes. After a while, the exercise moved into the area of questions concerning originality and repetition in a series (a question more apparent when words rather than images are the medium), as well as serving as a meditation on what photography cannot show. I visited the same spot, about 40 minutes walk away, at different times of day and night and in different weathers, from October 30th, 2010 to the first day of skylark song on the hill, on February 12th, 2011.
The booklet itself underwent a process of ever greater simplification as I put it together, its concessions to decoration now limited to its pale blue-green wrapper that references the colour of a lichen that I regularly found on my walks, and the colour of the title itself, that of dark winter heather. Full stops in the seventeen pieces of writing somehow went missing along the way too, replaced instead by gaps in the text, which hopefully have the function of regulating the pace at which they can be read. Unsurprisingly, these descriptions are as much about the sky and the wind as they are about the pond. Reading them again I am transported entirely to the moments of their birth, to certain patterns of cloud or conditions of light, as well as the curious newt that settled itself in a couple of inches away and watched me as I crouched by the pond to write the very first piece and a chill settled in from that morning’s rain. 18 page sewn booklet. March, 2011.

Ours was an age of certainties
↑Back to Top