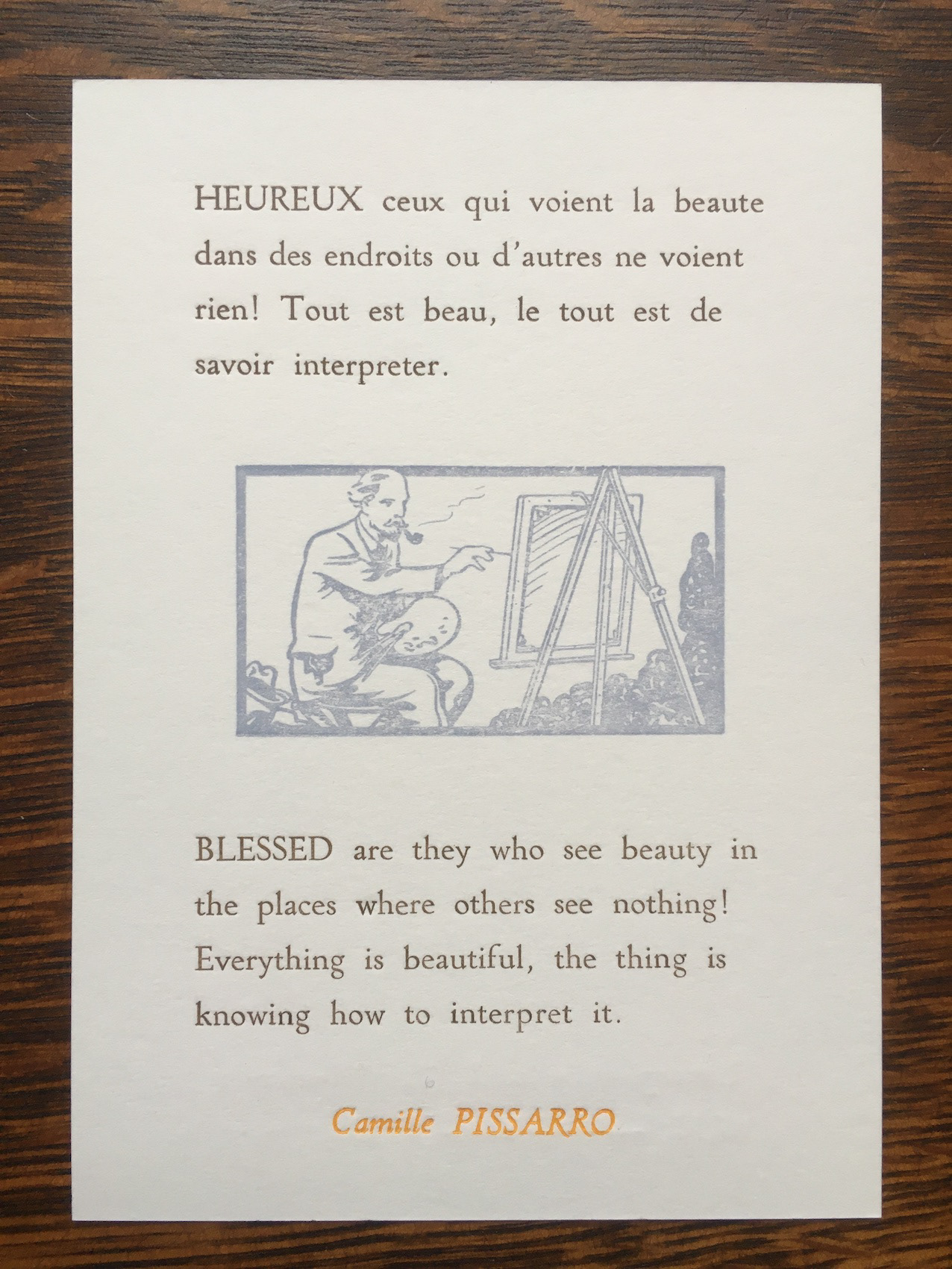 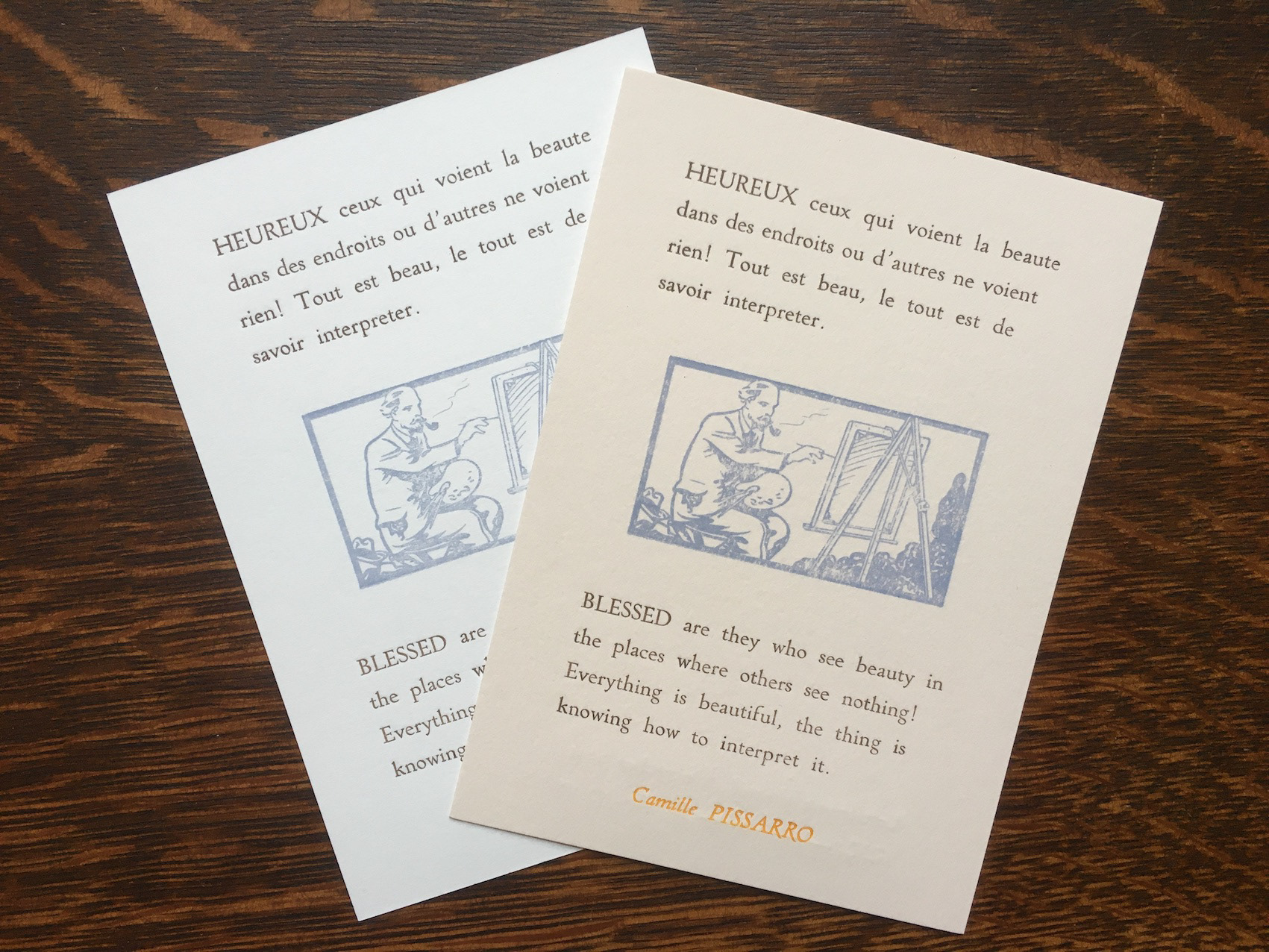 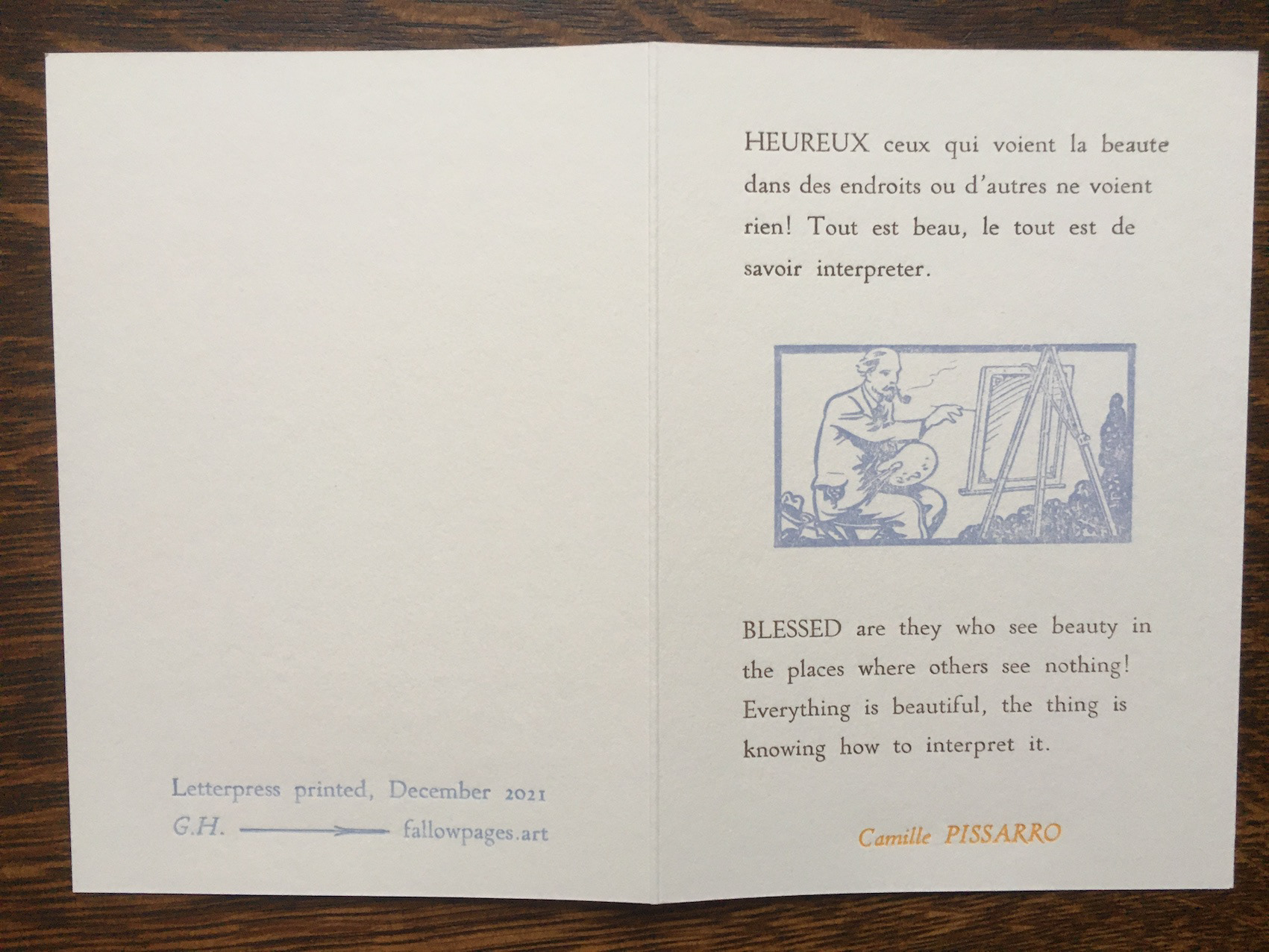 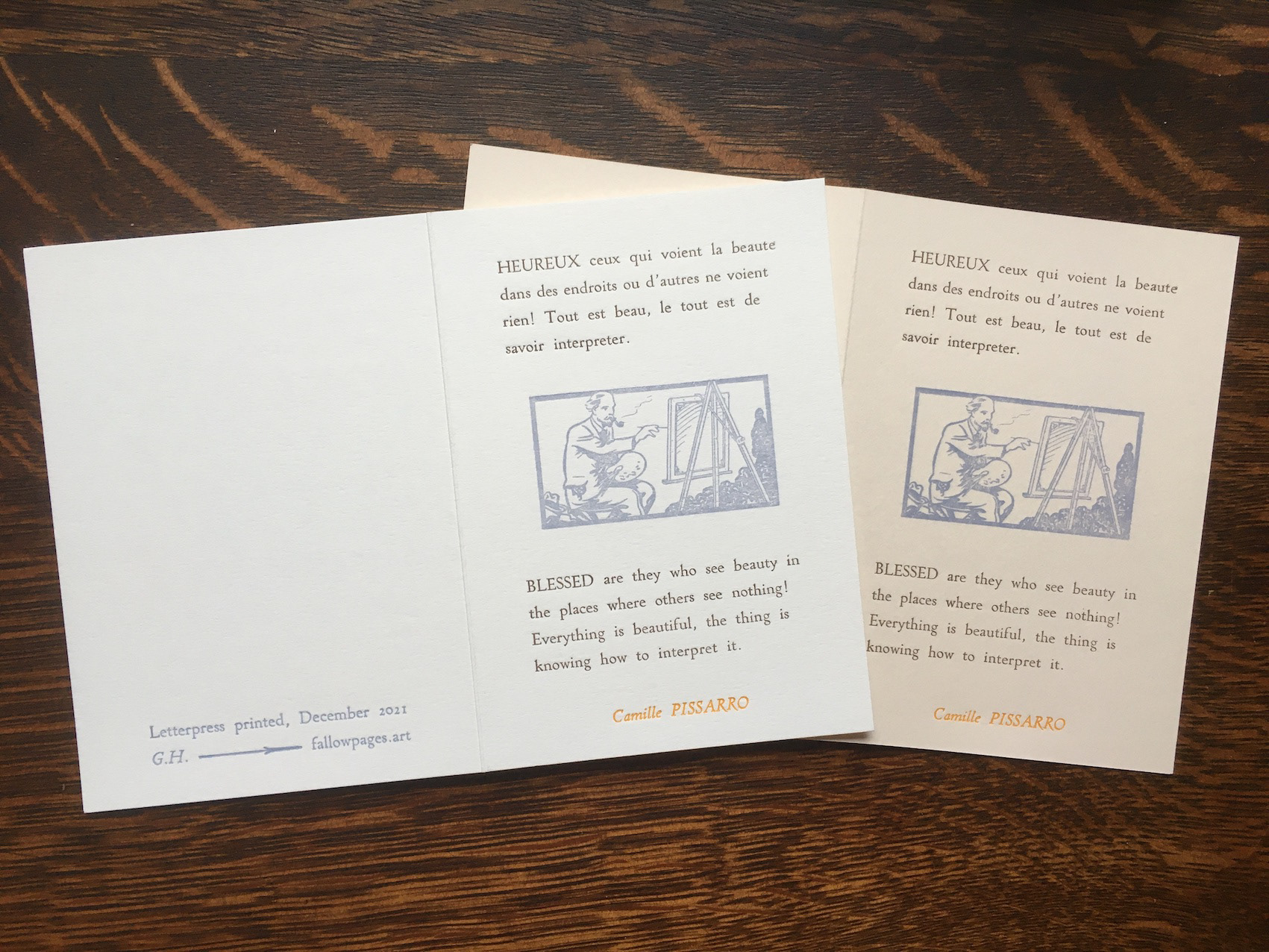 I came upon the image first and the words from Pissarro followed, especially after discovering by chance that I had the two é's that I needed for beauté and interpréter (the ù needed for où was a lost cause). Unfortunately overuse had rendered these just about unusable so they will have to exist in the Platonic ideal of the card, which also features a green for Pissarro's name carefully mixed to match one drawn from one of his paintings around Pontoise. I eventually managed to concoct the colour I wanted after I had finished the card and had instead gone with what I imagined would be the russetty orange red of rooves and turned earth but which printed is, essentially, orange. Tant pis; the mole brown of the words and the peasant's smock lavender for the image work well, I think.

The Cost of a Thing

who controls the past ...
↑Back to Top