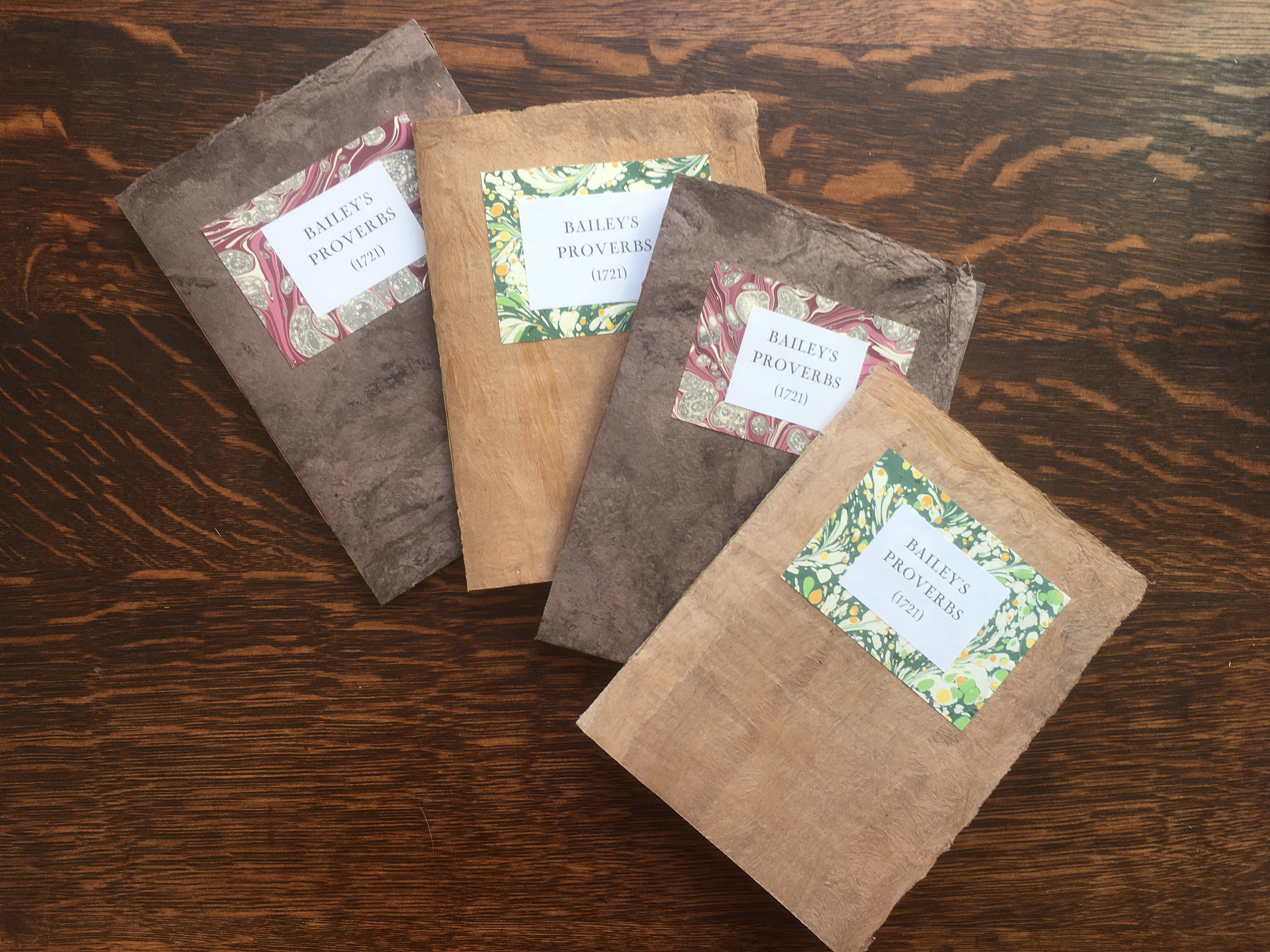 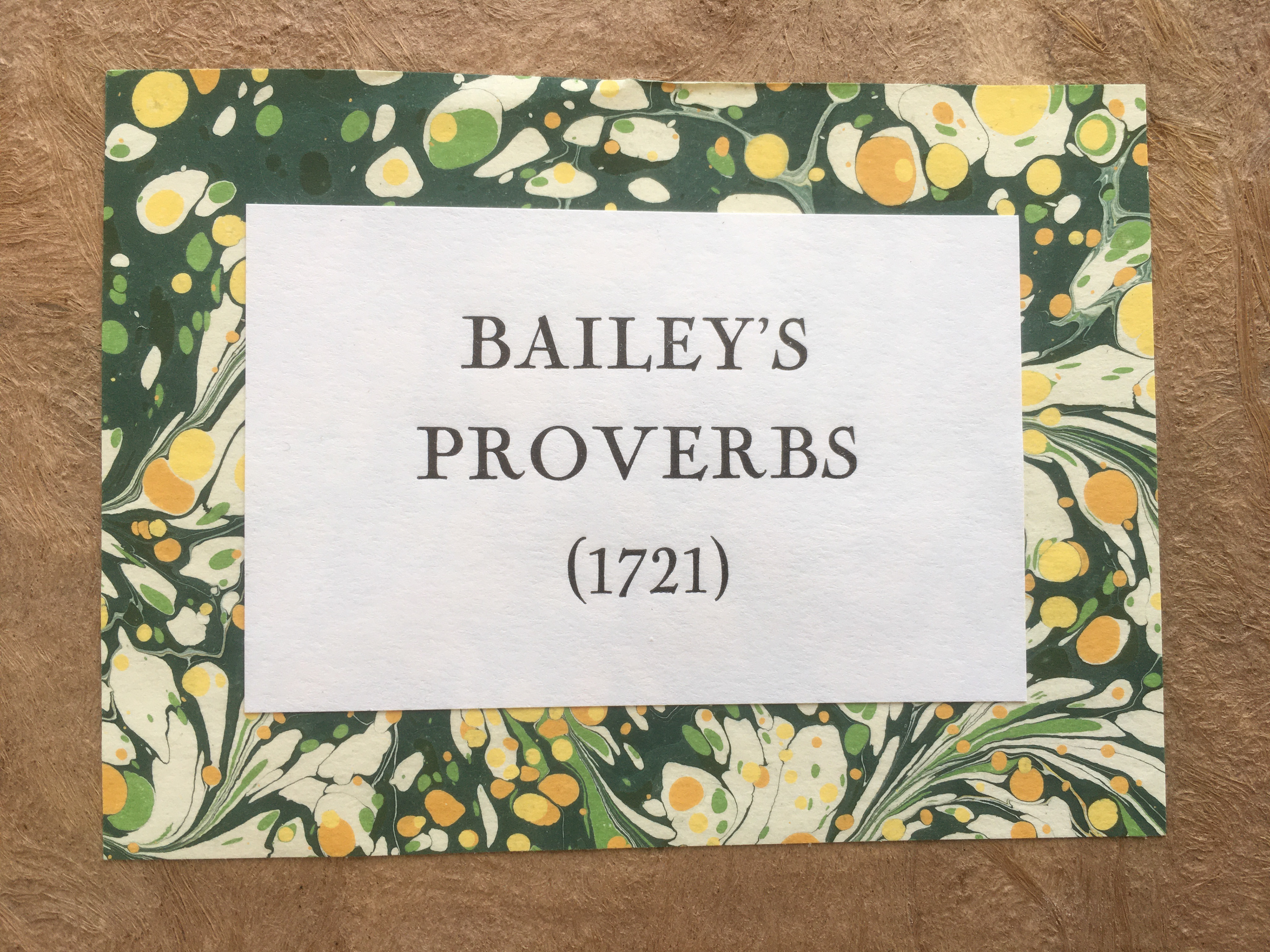 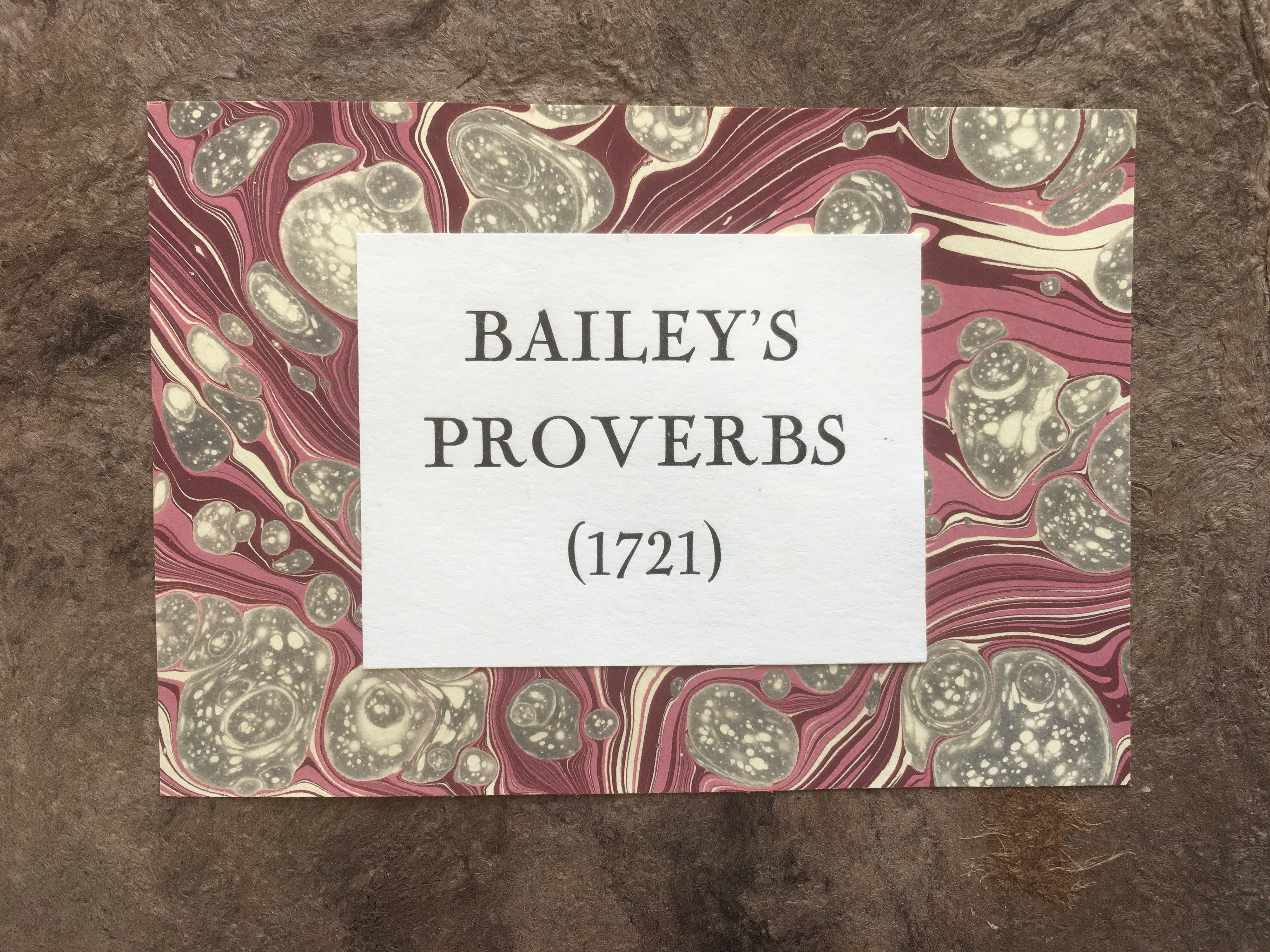 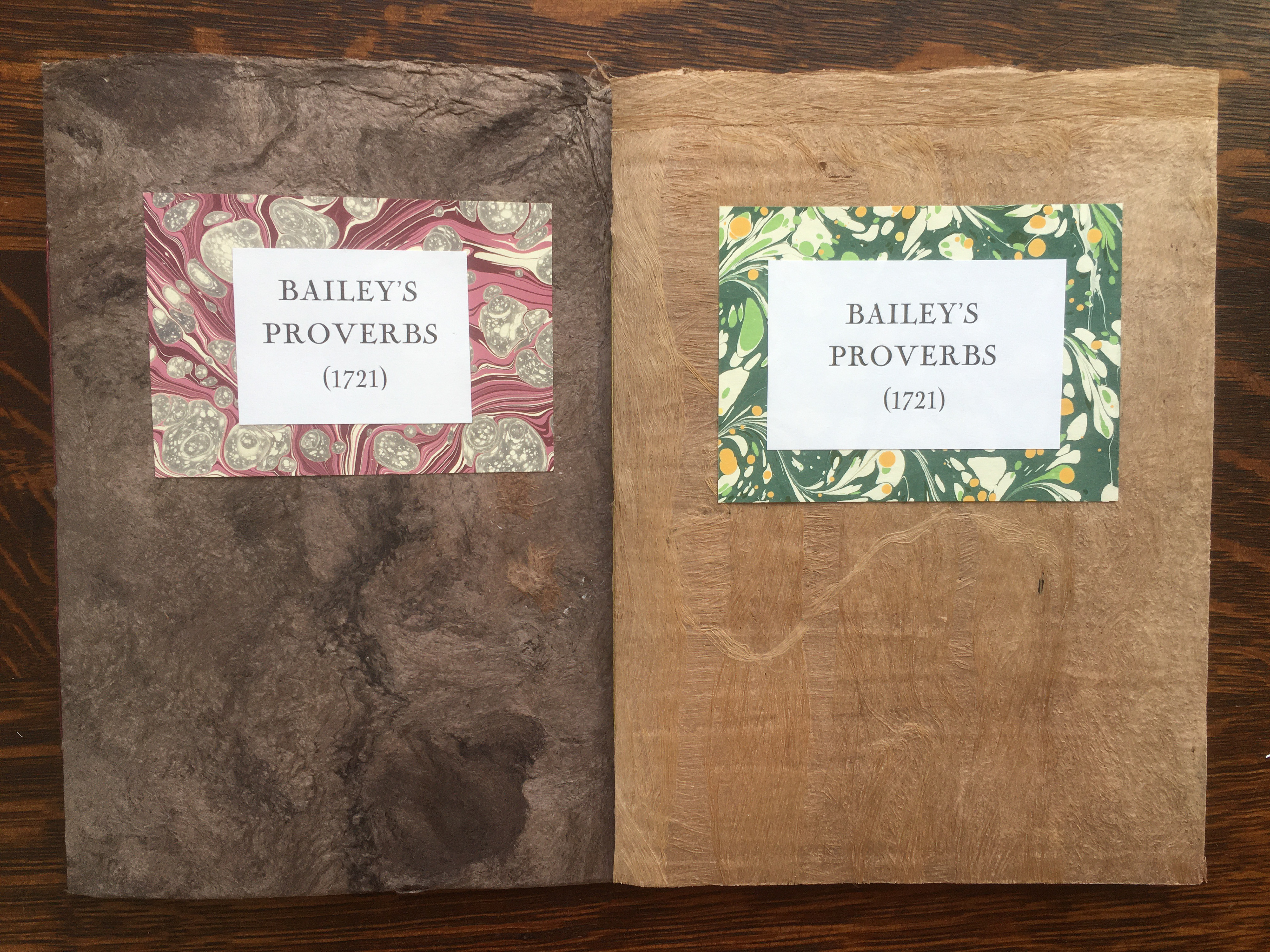 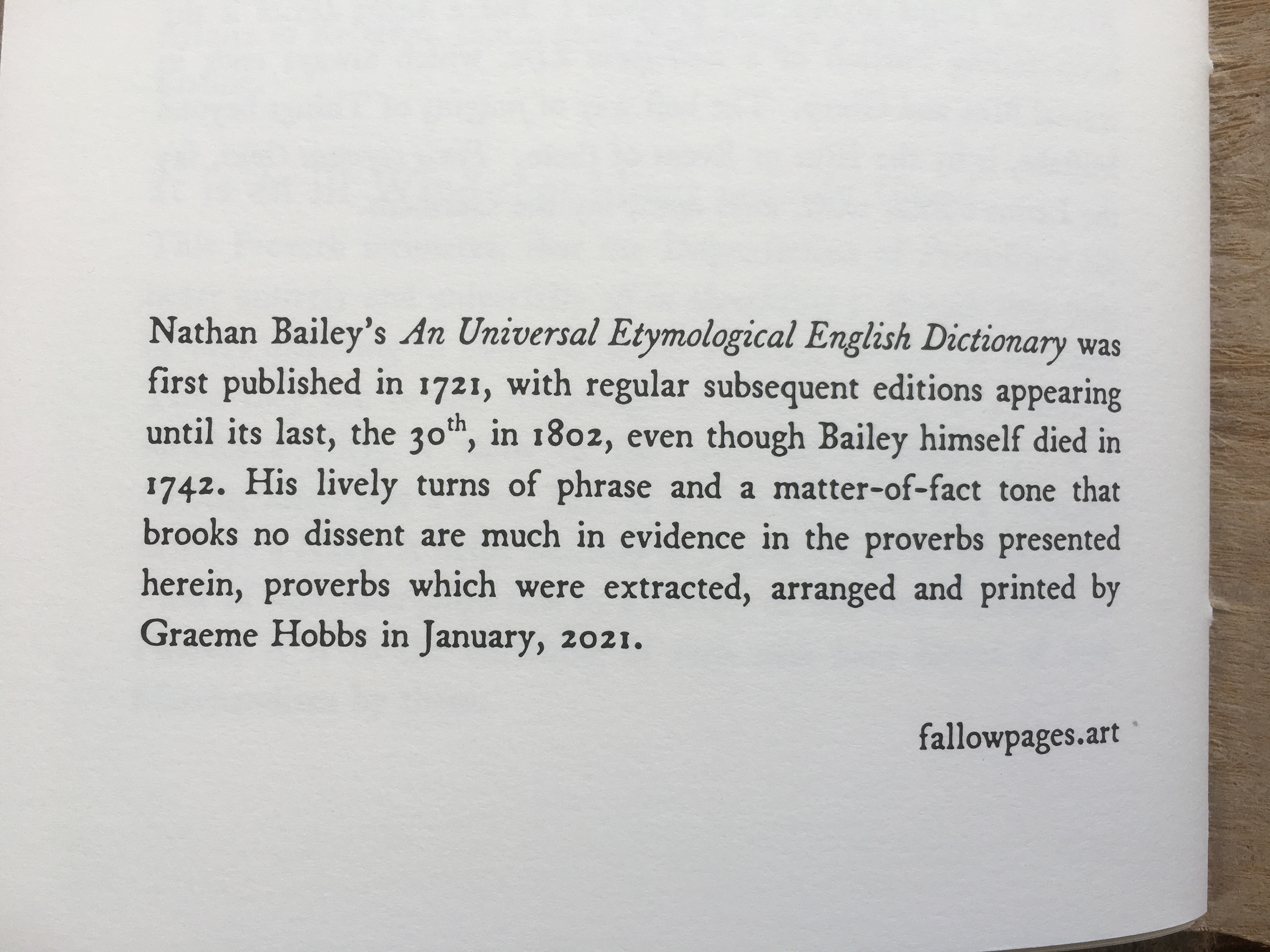 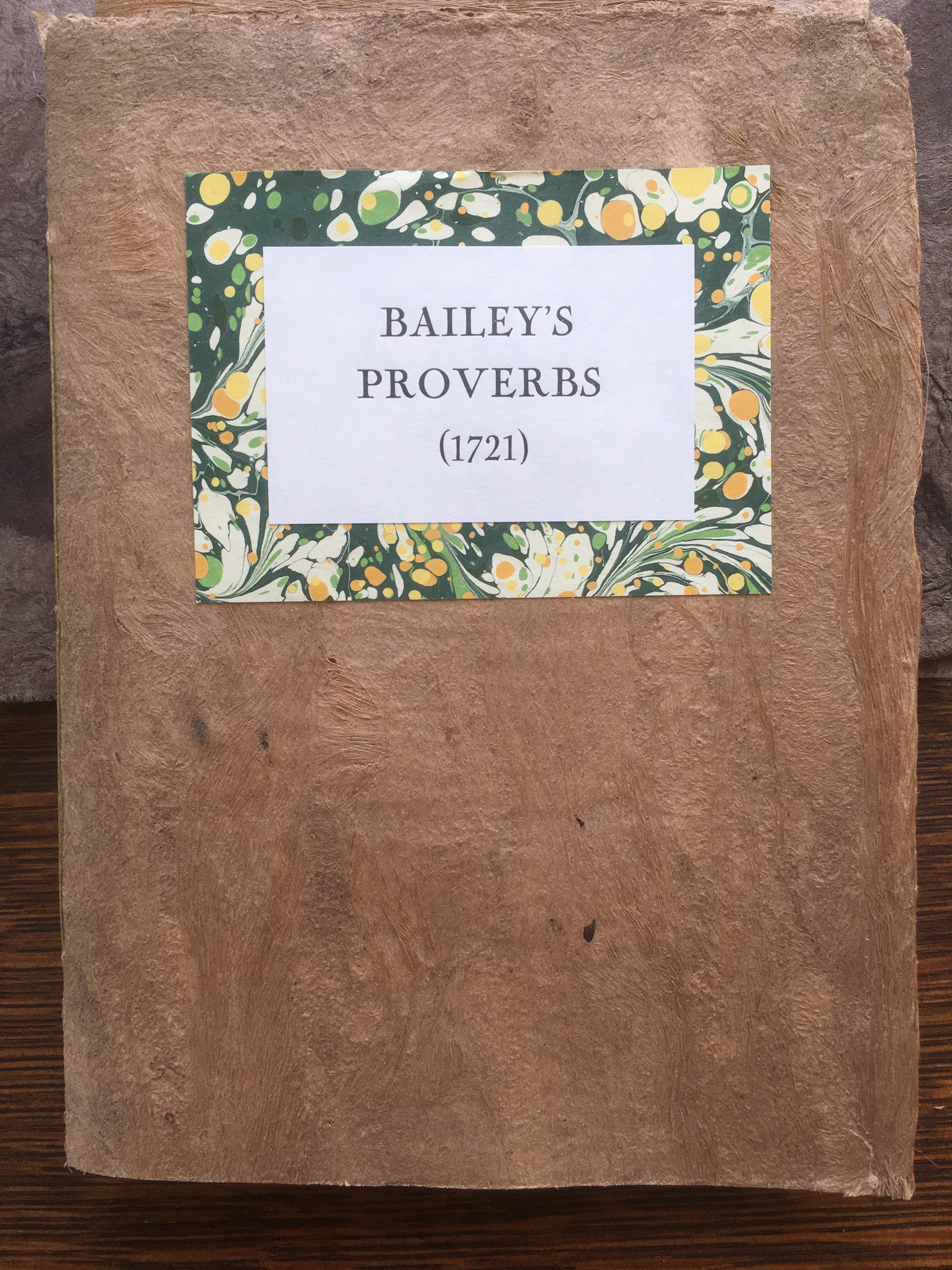 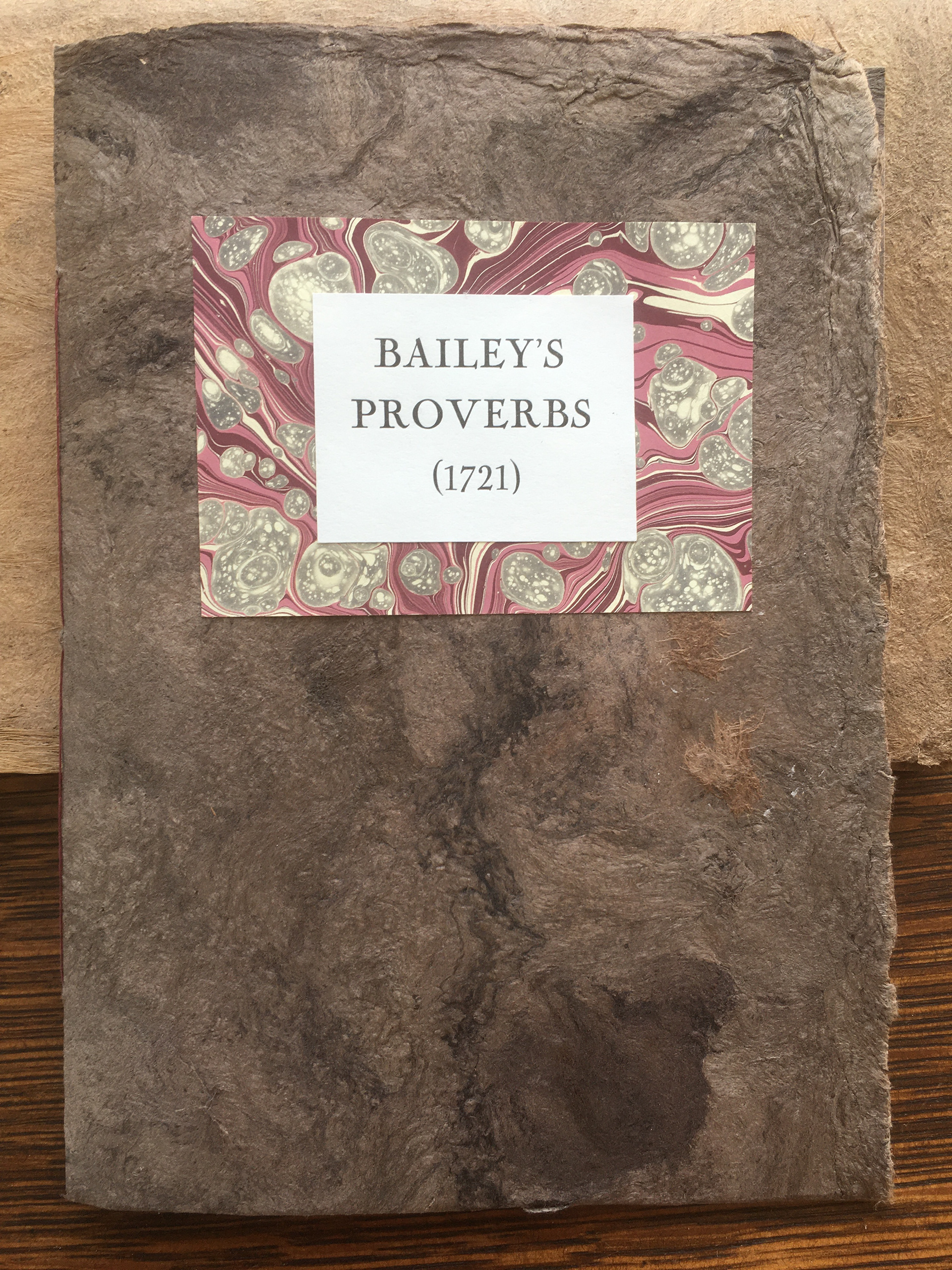 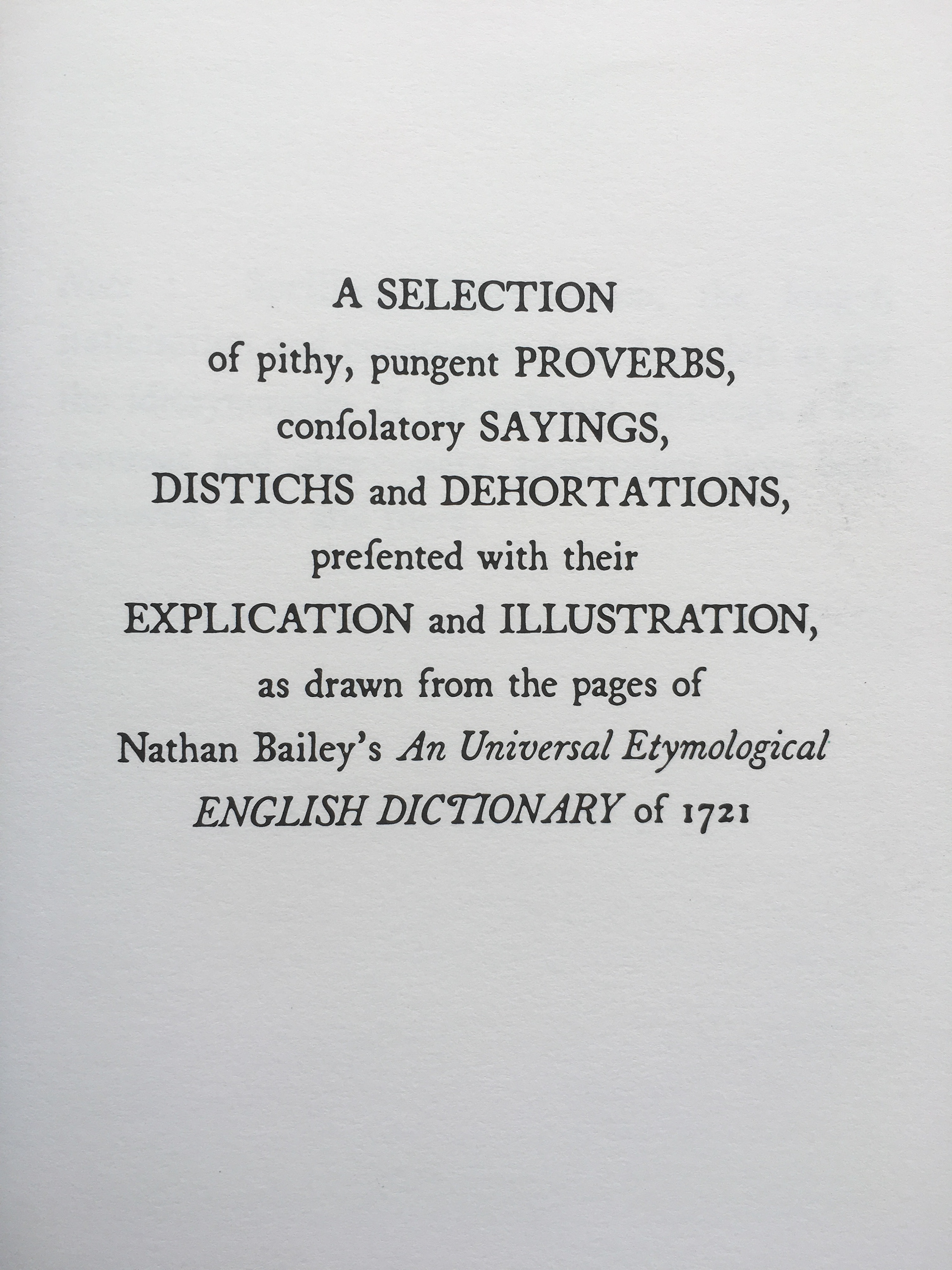 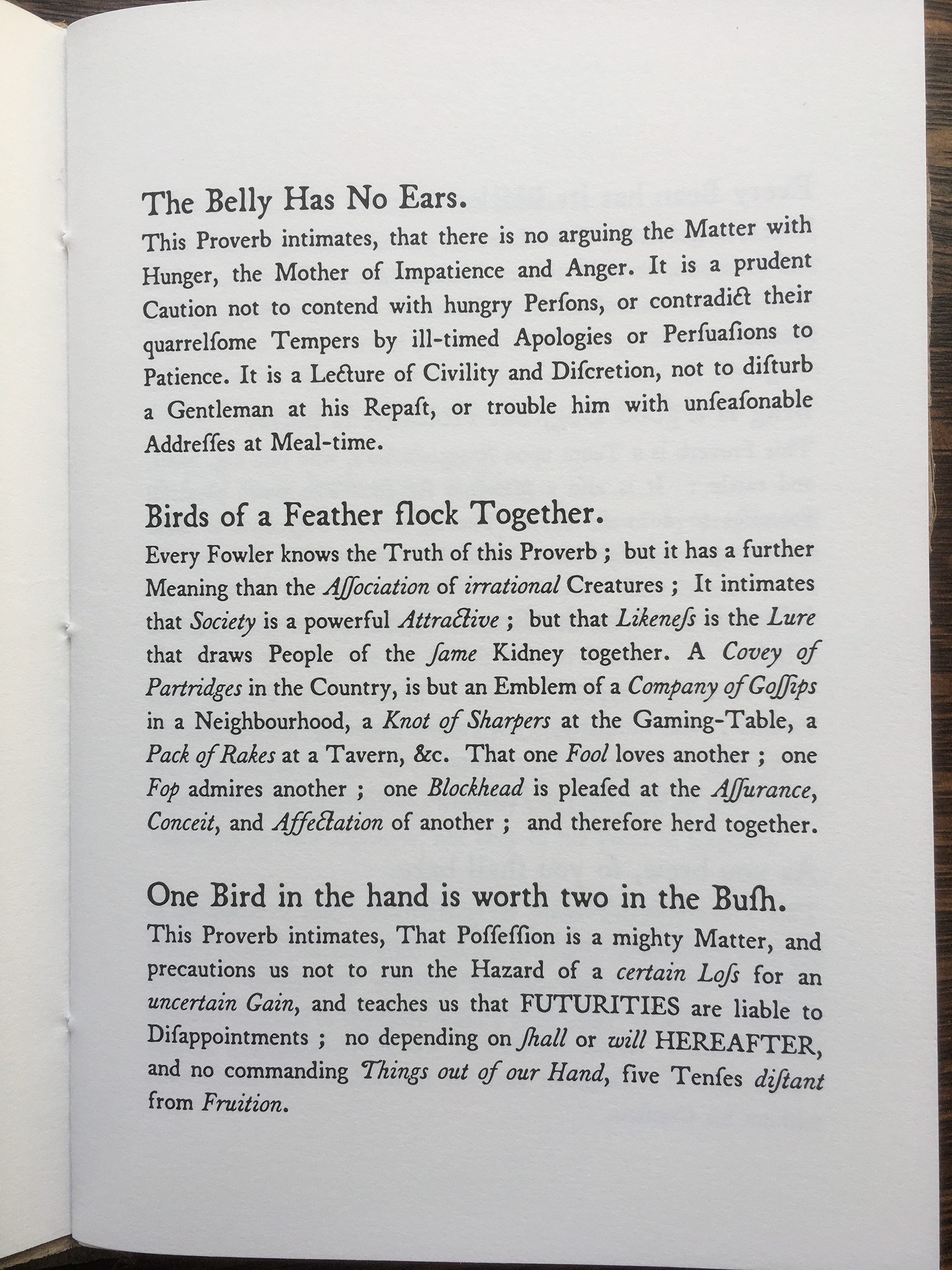 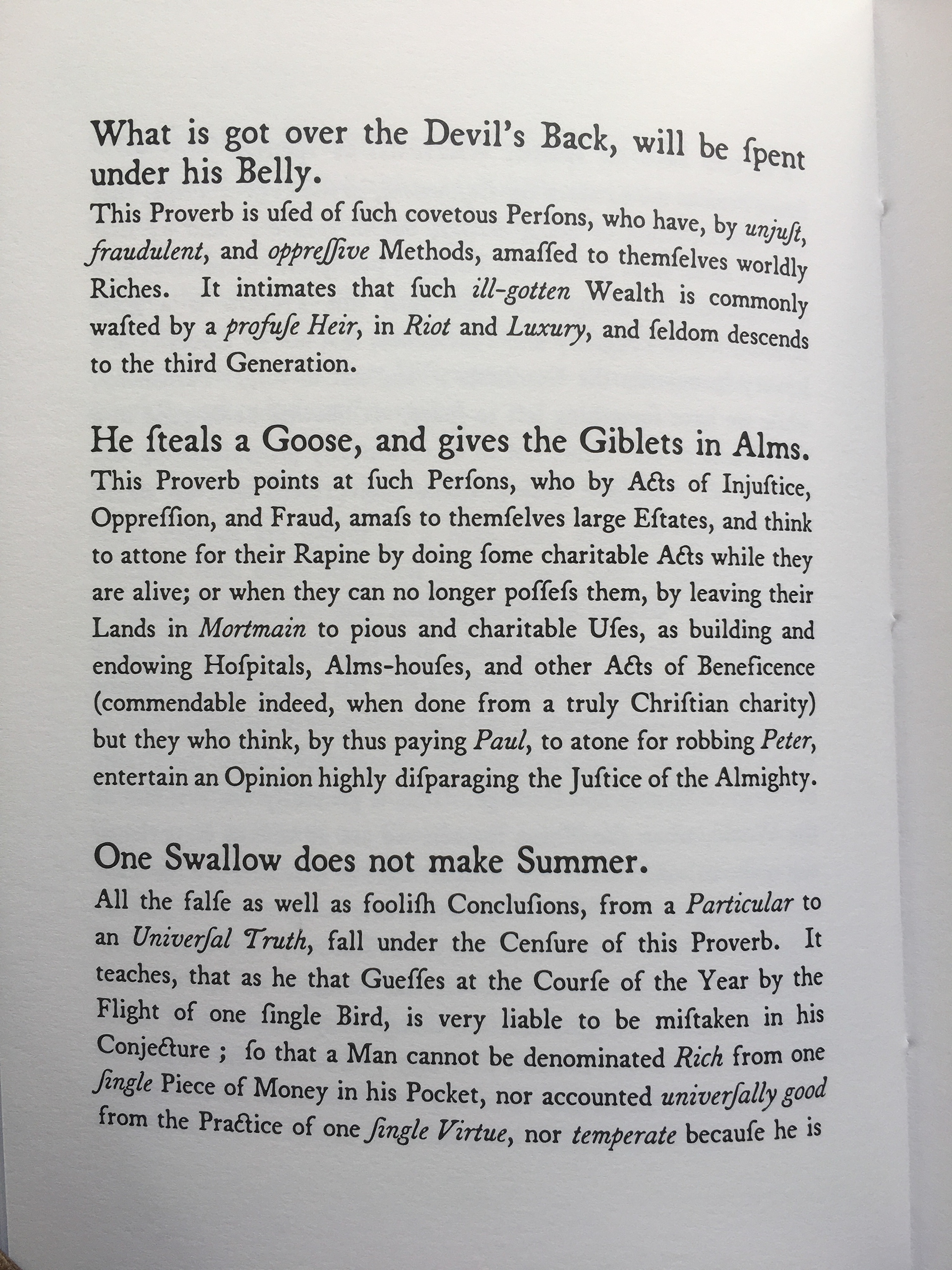 A SELECTION of pithy, pungent PROVERBS, consolatory SAYINGS, DISTICHS and DEHORTATIONS, presented with their EXPLICATION and ILLUSTRATION, as drawn from the pages of Nathan Bailey’s ‘An Universal Etymological English Dictionary’ of 1721, with spelling, capitalisation,  the long-ſ, italicisation and punctuation left as per the idiosyncrasies of the original. Bailey's Dictionary was first published in 1721, with regular subsequent editions appearing until its last, the 30th, in 1802, even though Bailey himself died in 1742. His lively turns of phrase and a matter-of-fact tone that brooks no dissent are much in evidence in the proverbs presented herein, proverbs which were extracted, arranged and printed by Graeme Hobbs in January, 2021. The cover of the booklet is made from tree bark paper, with the marbling beneath the letterpress title a nod to Bailey's style. The typeface used is Broadsheet. January, 2021.