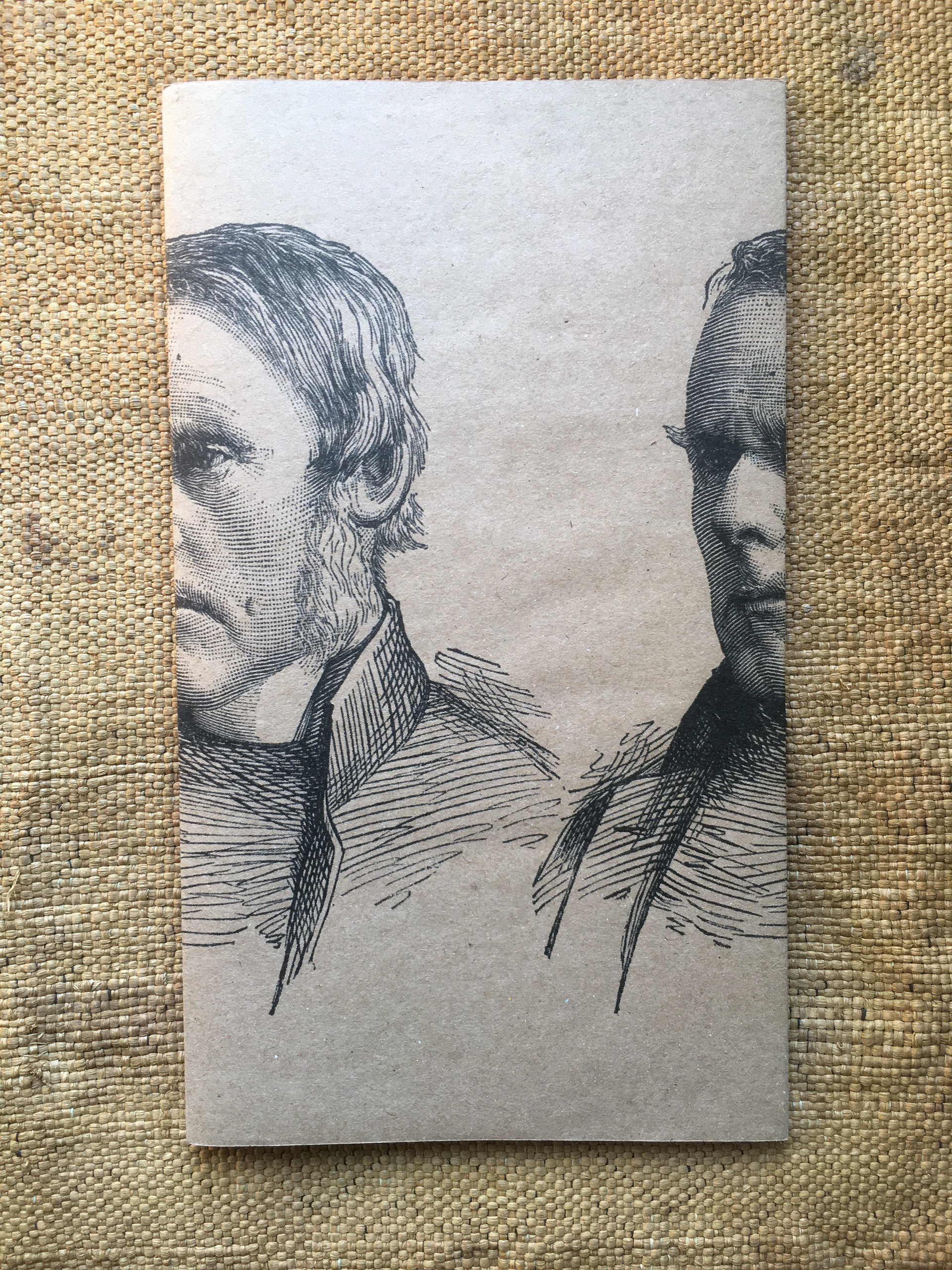 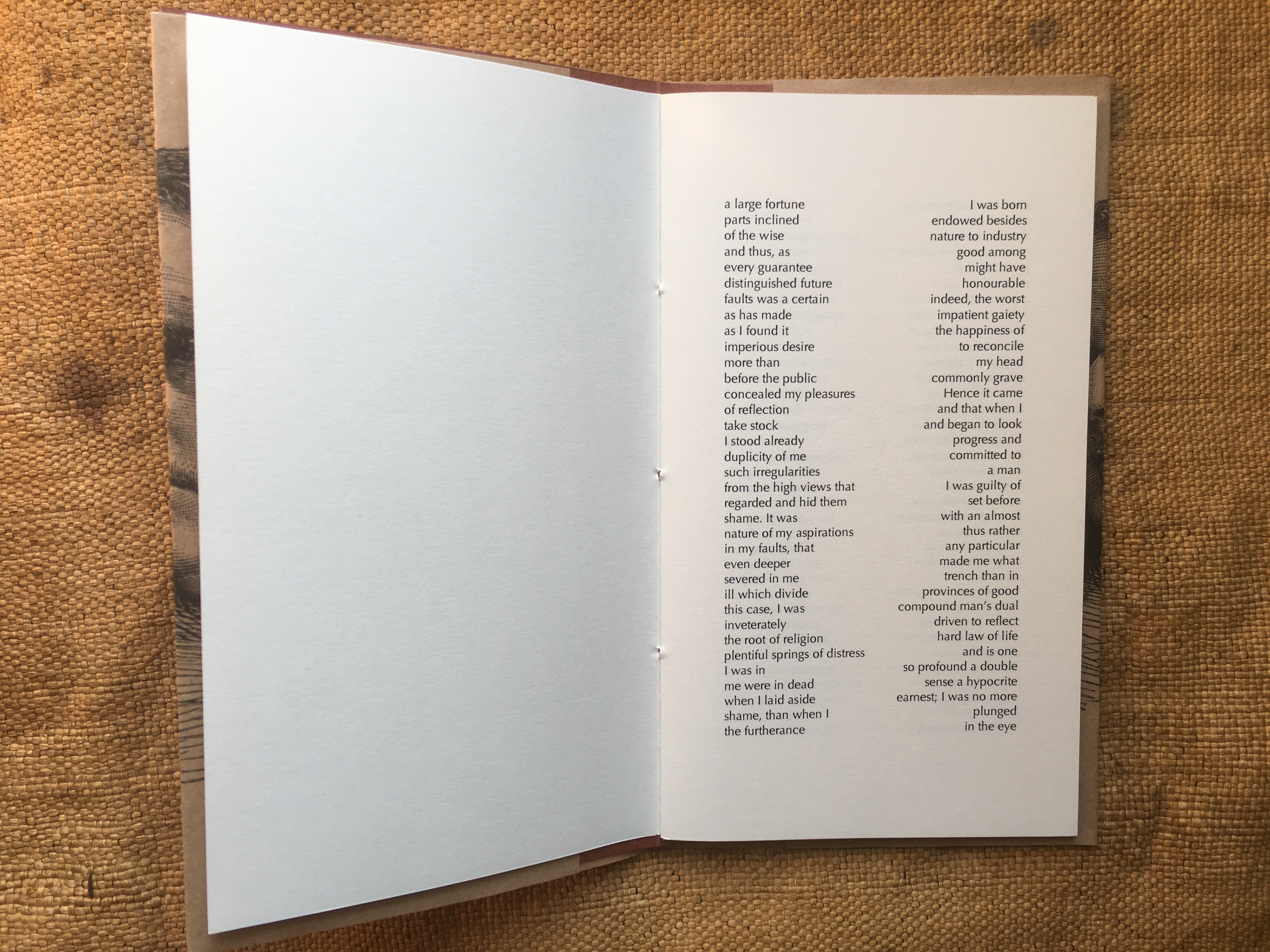 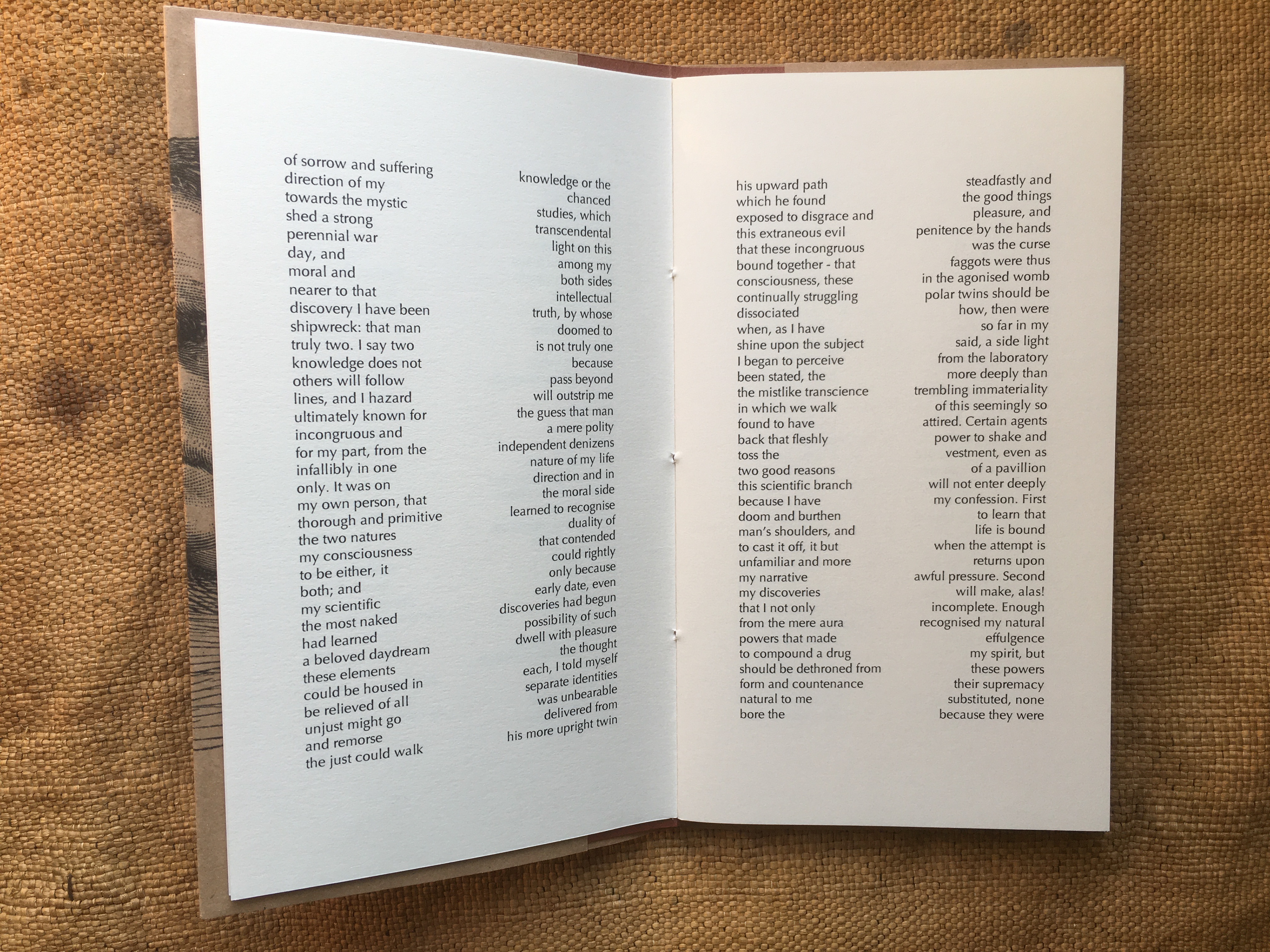 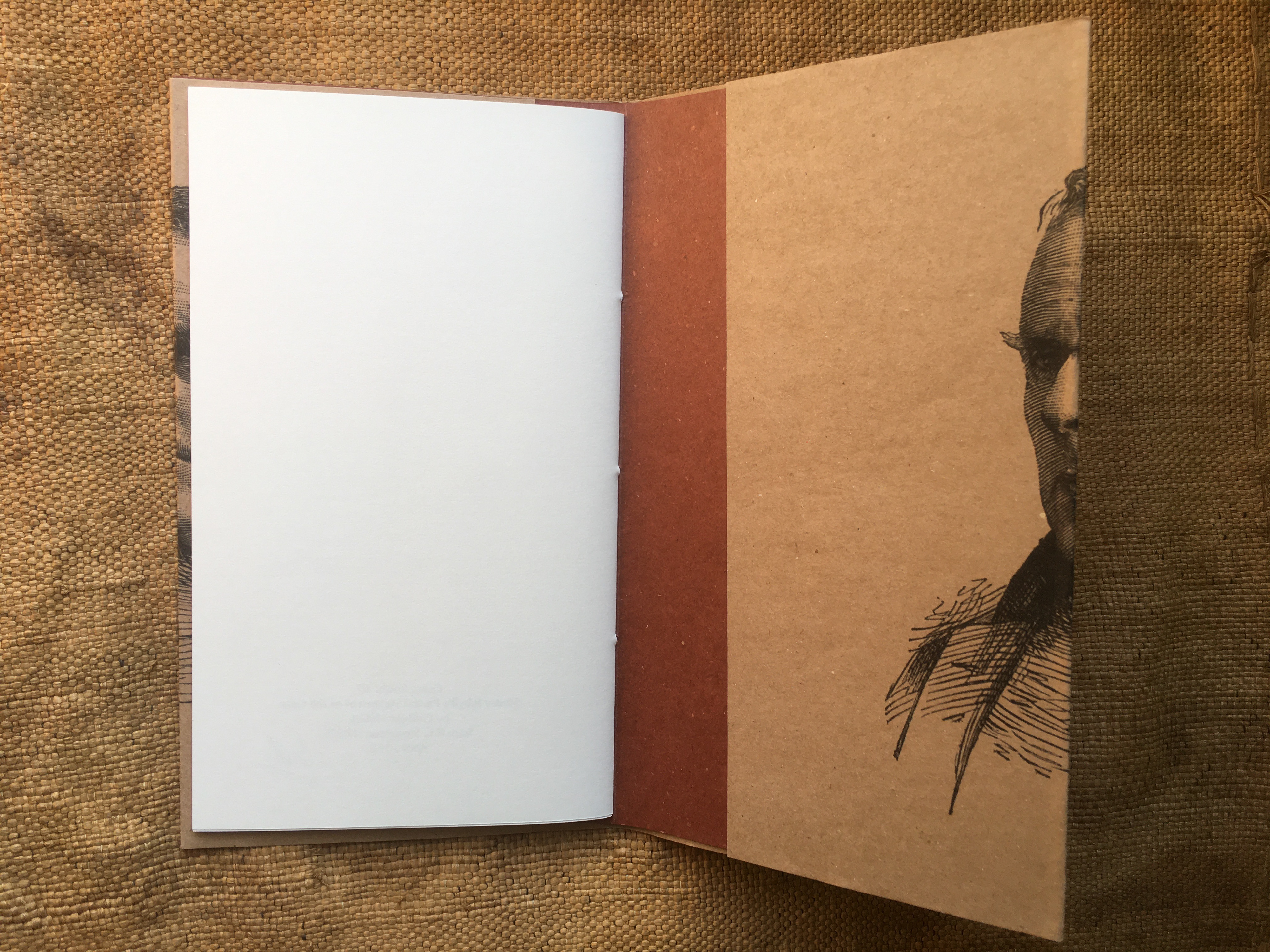 ‘Henry Jekyll's Full Statement of the Case’ – chapter 10 of Robert Louis Stevenson’s Strange Case of Dr. Jekyll and Mr. Hyde – is here divided, re-aligned, cropped and re-presented as a fractured and jittery account of his hubristic adventure that nevertheless – thanks entirely to Stevenson's clear and pungent phrasing – still transmits his horrific journey into an irreparably parted self. Aligned to left and right but gapped between, the account is printed as two columns to be read across, though a reading down the columns is also possible. The rather sinister character on the cover of the booklet I found in Home Words for Heart and Hearth, a pious journal dating from the same year that Robert Louis Stevenson wrote Strange Case of Dr. Jekyll and Mr. Hyde  (1885), filled with prayers, moralising stories and engravings of various church worthies of the day. A seedy-looking bunch they are too. There was some stiff competition for the cover, but in the end it was Dr. Jackson, the Late Bishop of London, who won out. Hand-sewn 14 page booklet with printed wrappers. April, 2012.

Hill Pond
↑Back to Top