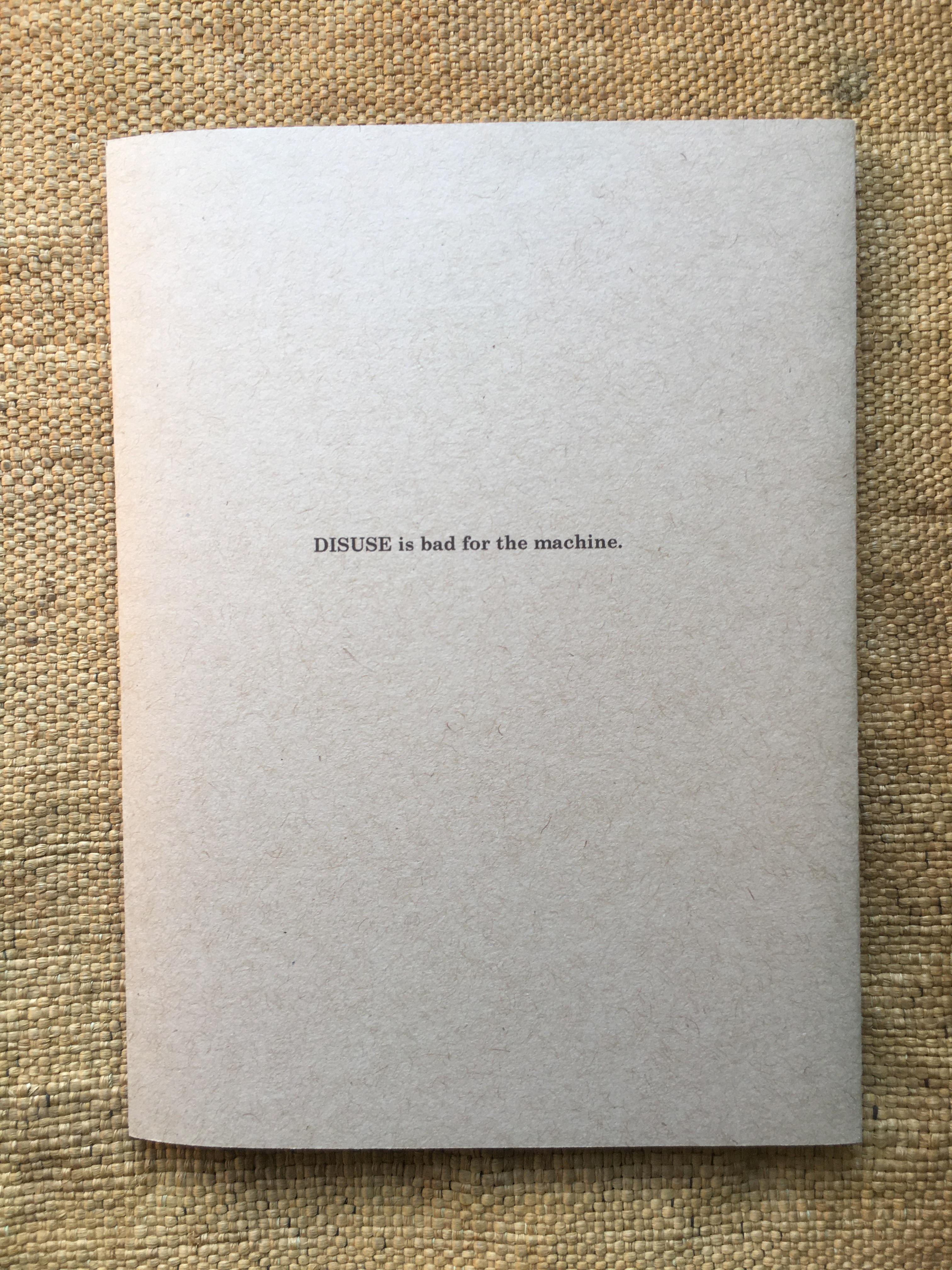 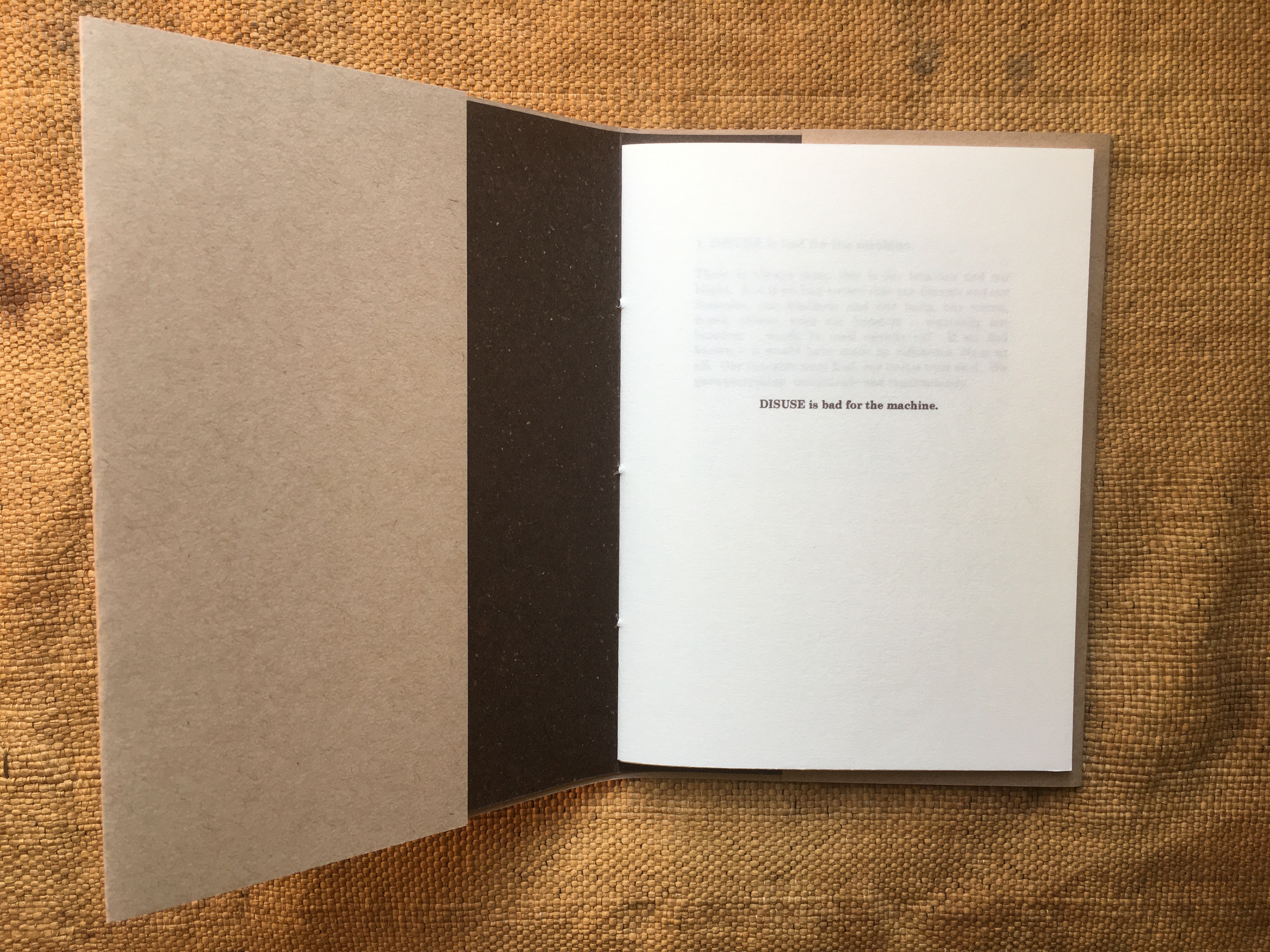 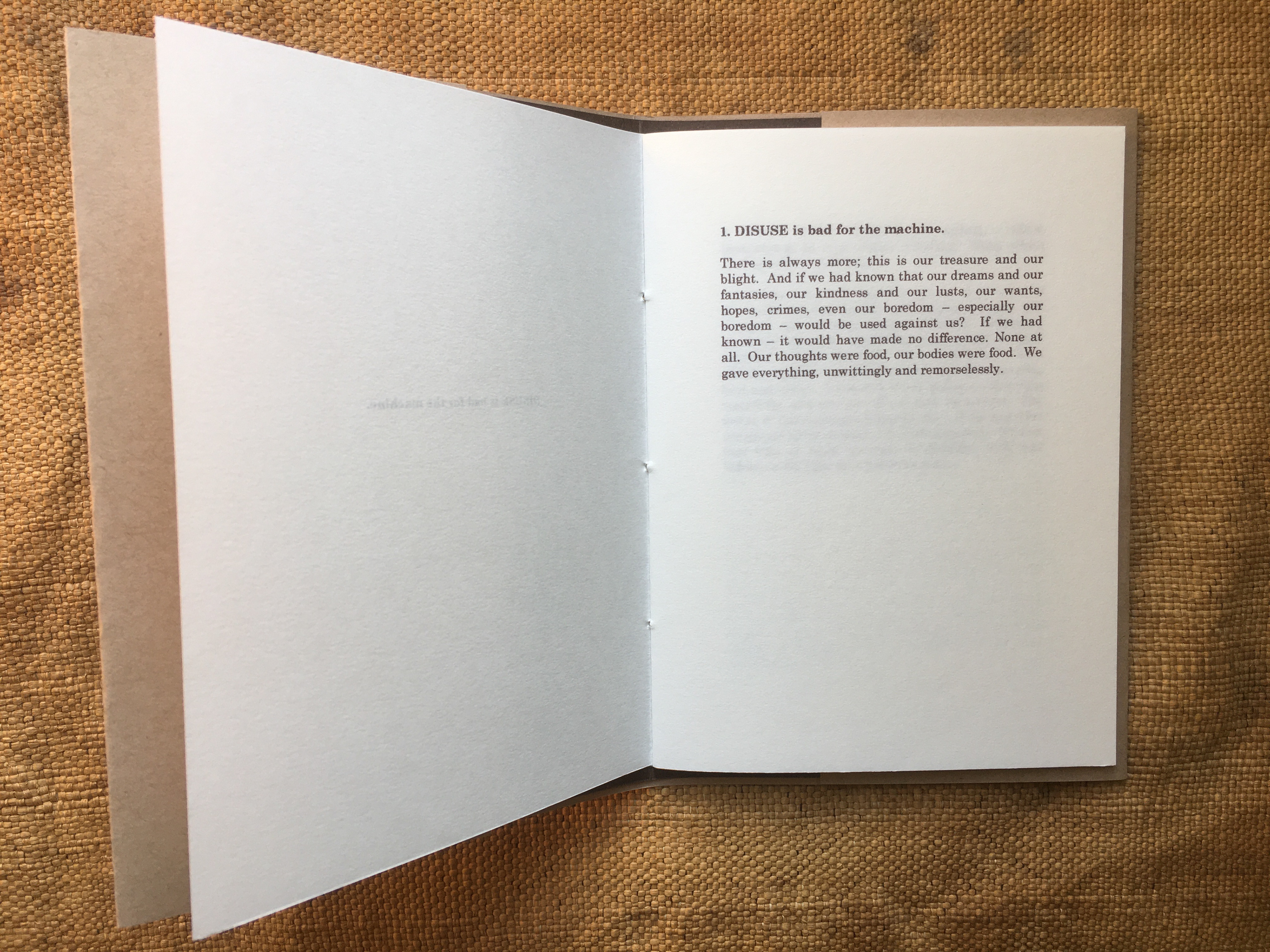 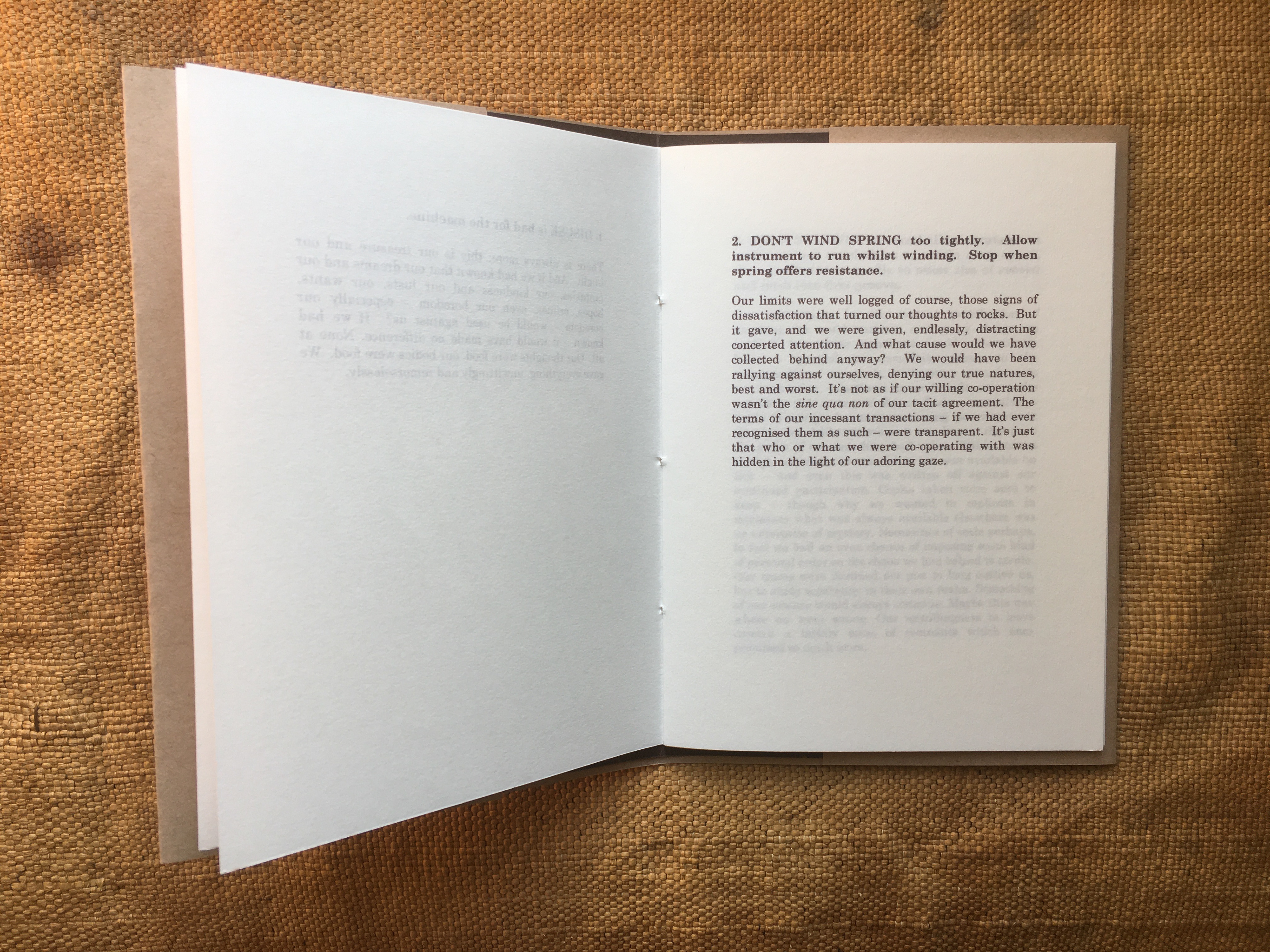 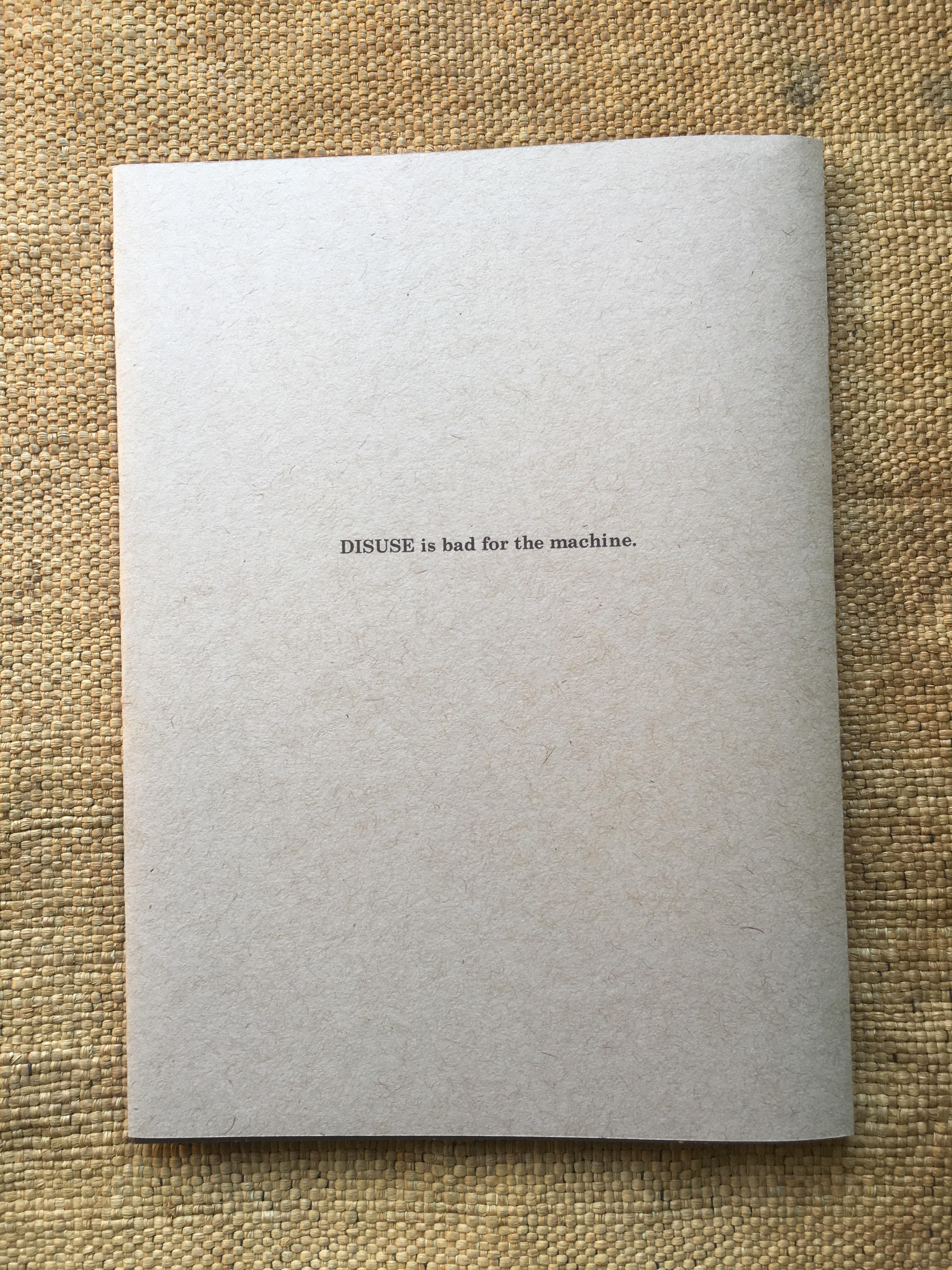 The nine commandments laid down for the correct usage of ‘His Master's Voice’ products on a 1920s 78rpm record sleeve, among them: ‘Don't wind spring too tightly’; ‘Don’t interfere with regulator unless an adjustment is necessary’; ‘Avoid the slightest injury to the Mica Diaphragm’, and – gnomically and inscrutably – ‘Keep leathers which operate on governor friction plate well oiled’, have a hectoring quality which stems from the manner of their listing, beginning with Rule Number 1: ‘Disuse is Bad for the Machine’. To me, this implied a proto-Orwellian world (though in time and vision it comes closer to the Moloch Machine and its ceaselessly gaping maw in Fritz Lang’s Metropolis, or – a literary analogue – the remorseless mechanism of E.M Forster’s The Machine Stops), with the suggestion of people as slaves to the requirements of technology finding ready parallels in our own time. The short texts within, taking their cue from the ‘His Master's Voice’ commandments, are leashed neither to time nor place, making the writing hard to pin down, though its tone is characterised by a mournful, impotent regret at possibilities lost. The booklet is thin and deliberately cheap-looking, implying scarcity of resources in tawdry, mass-produced times. January, 2012.