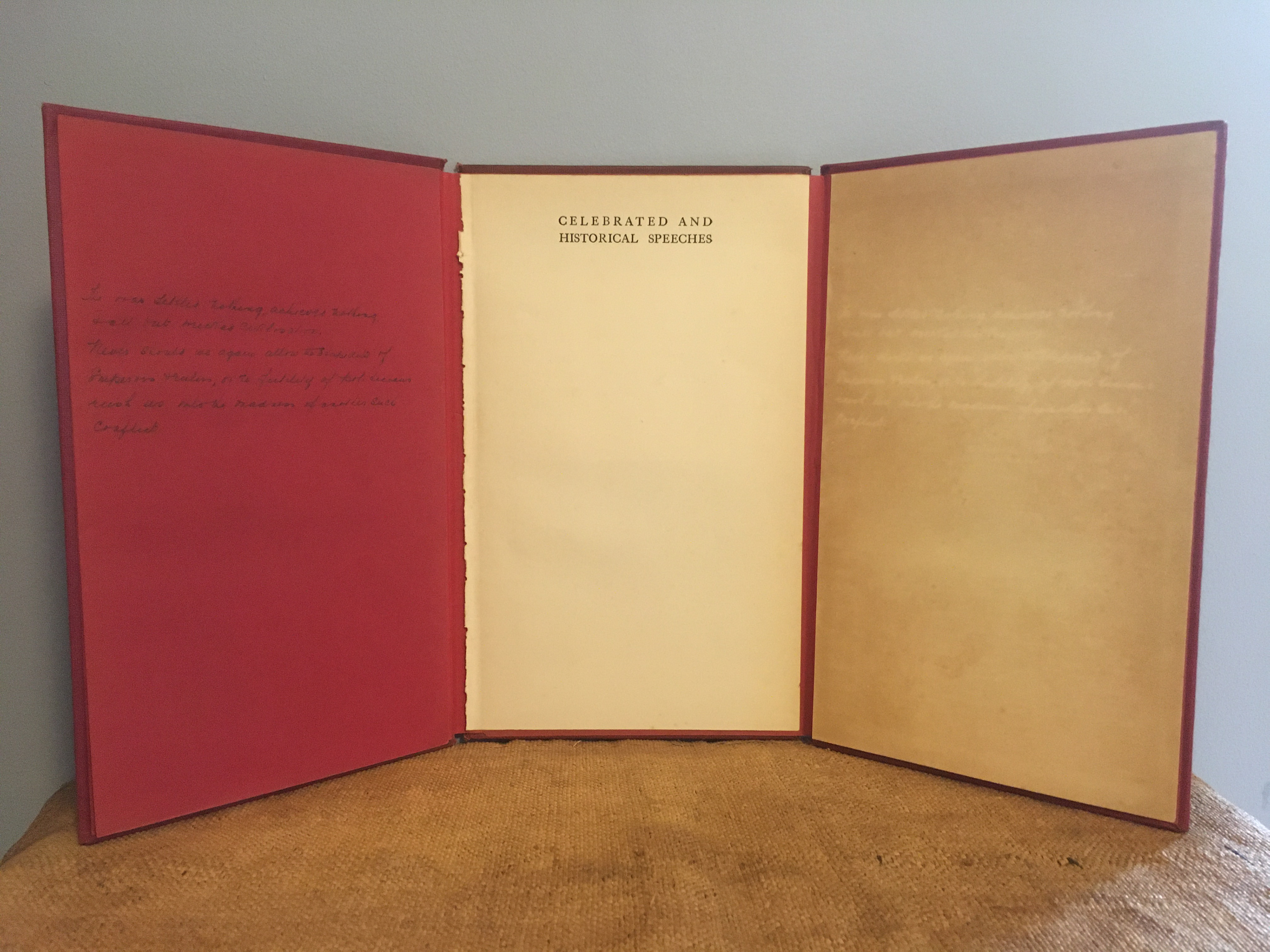 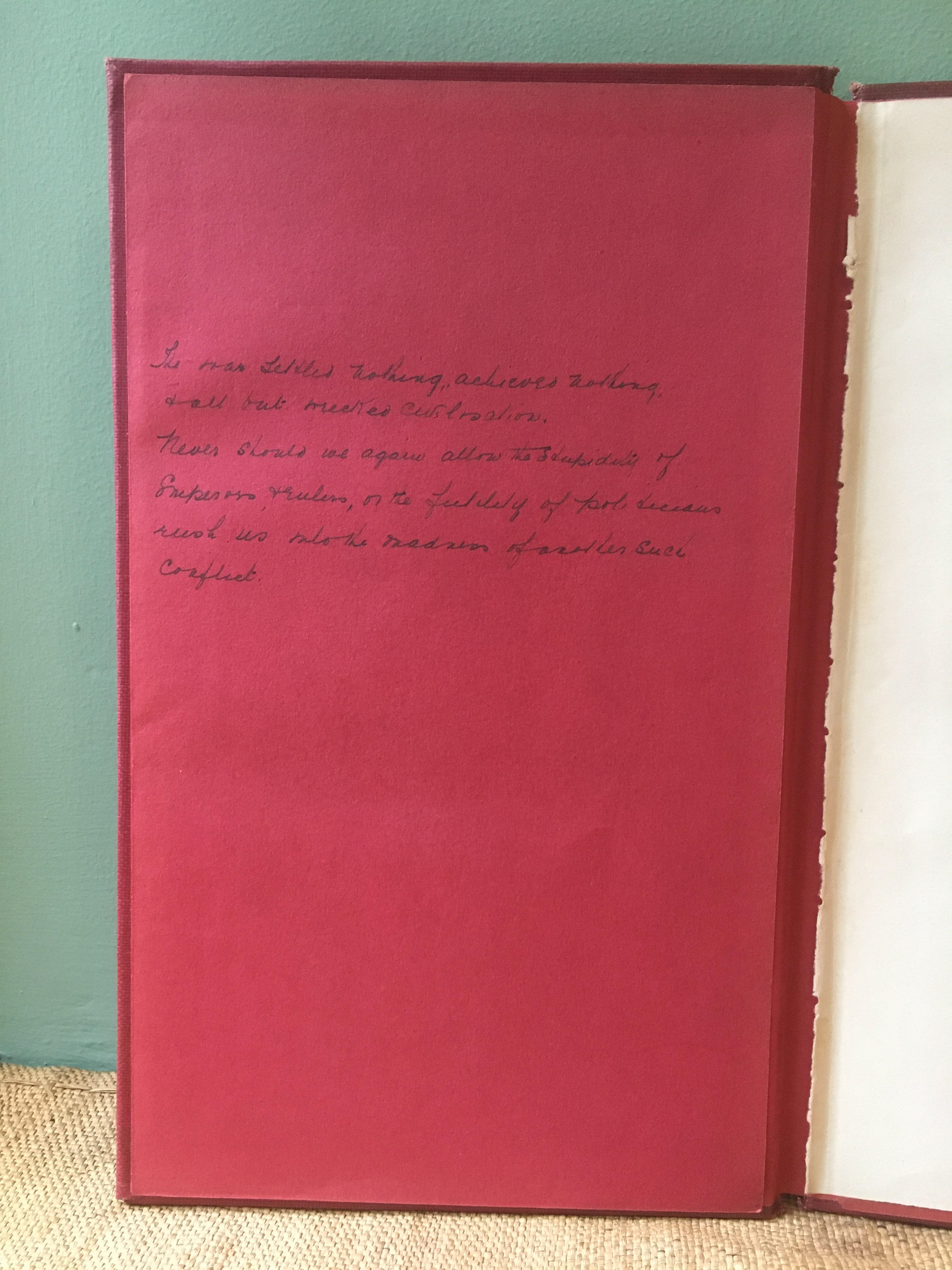 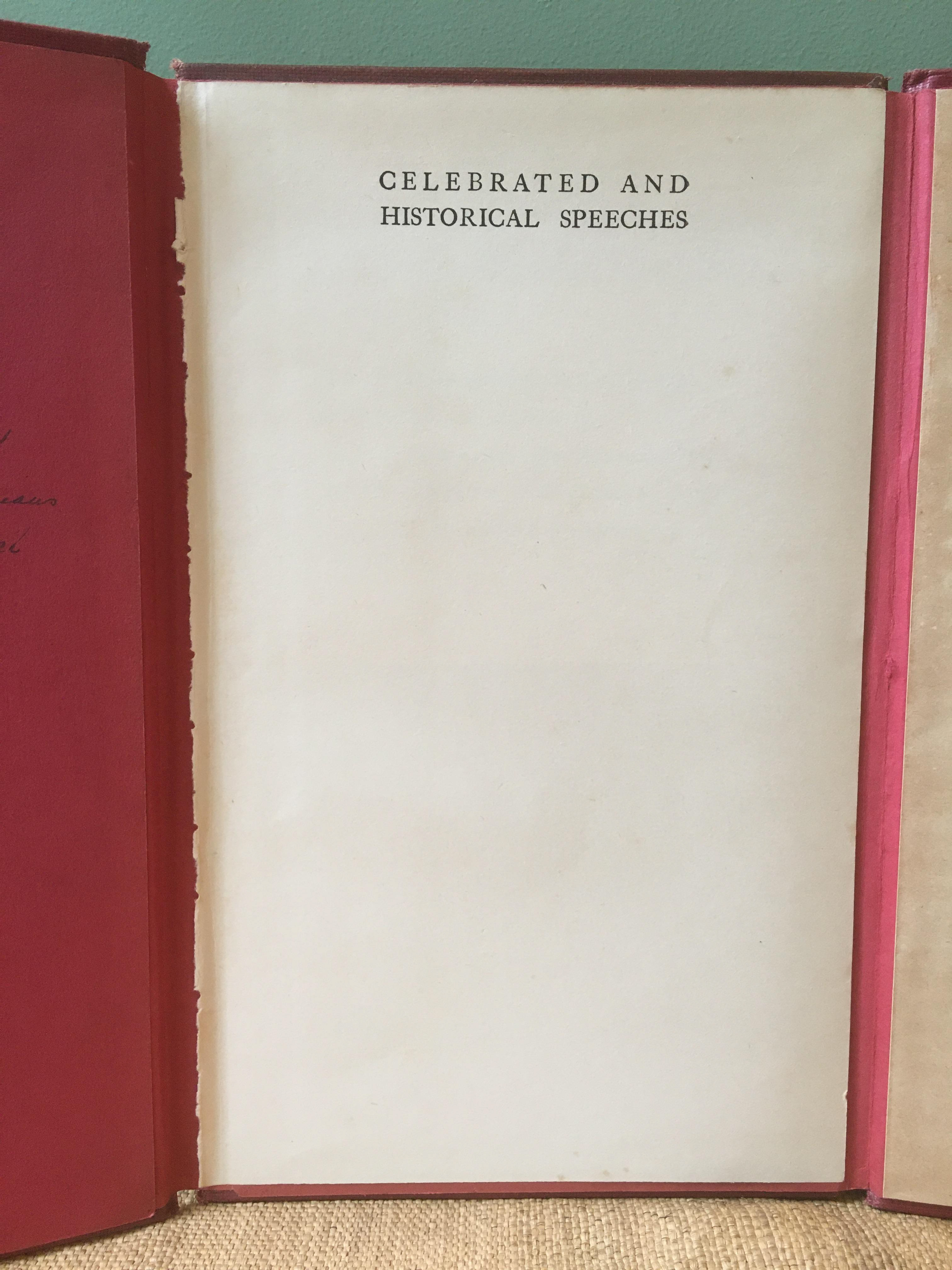 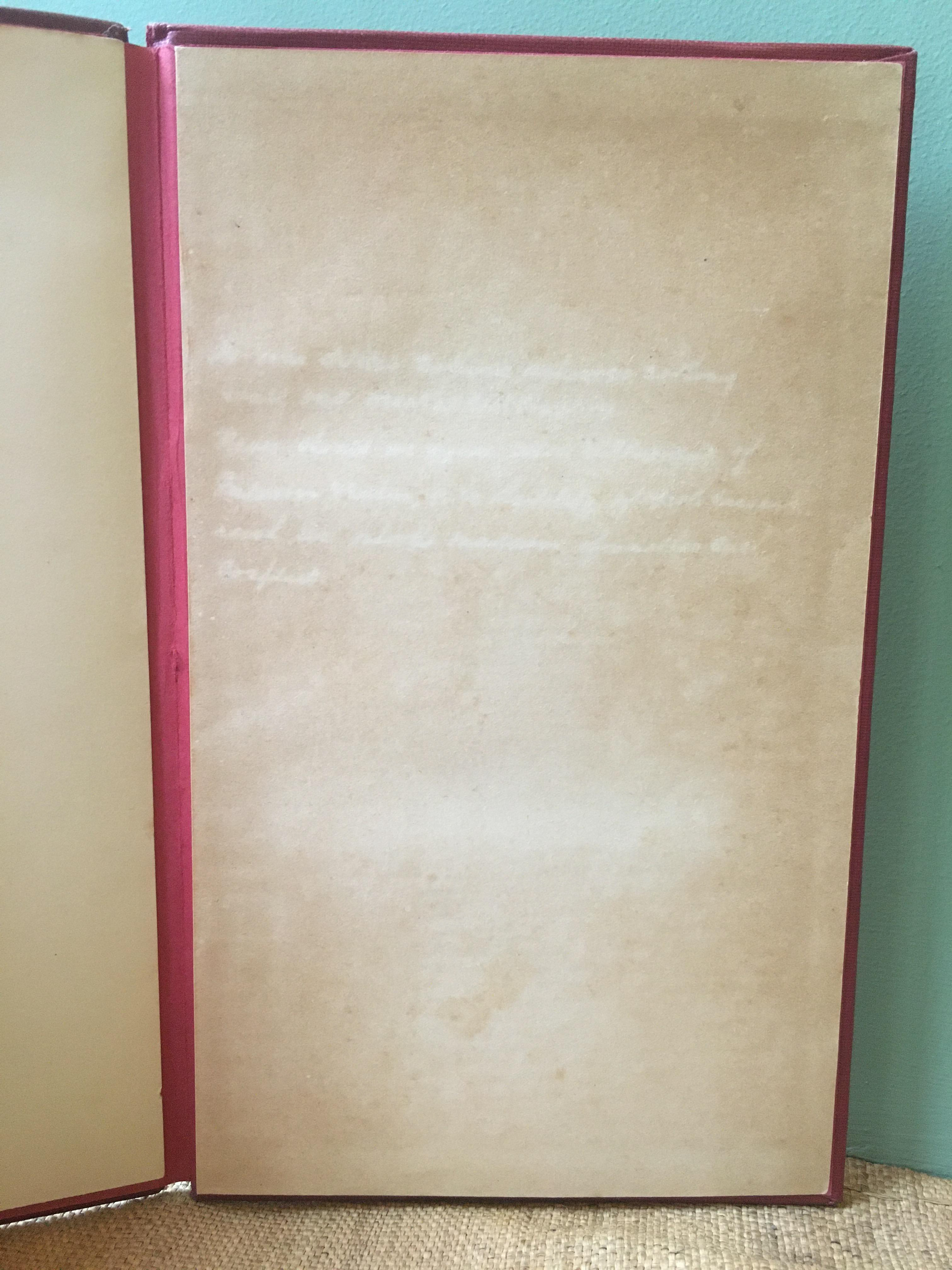 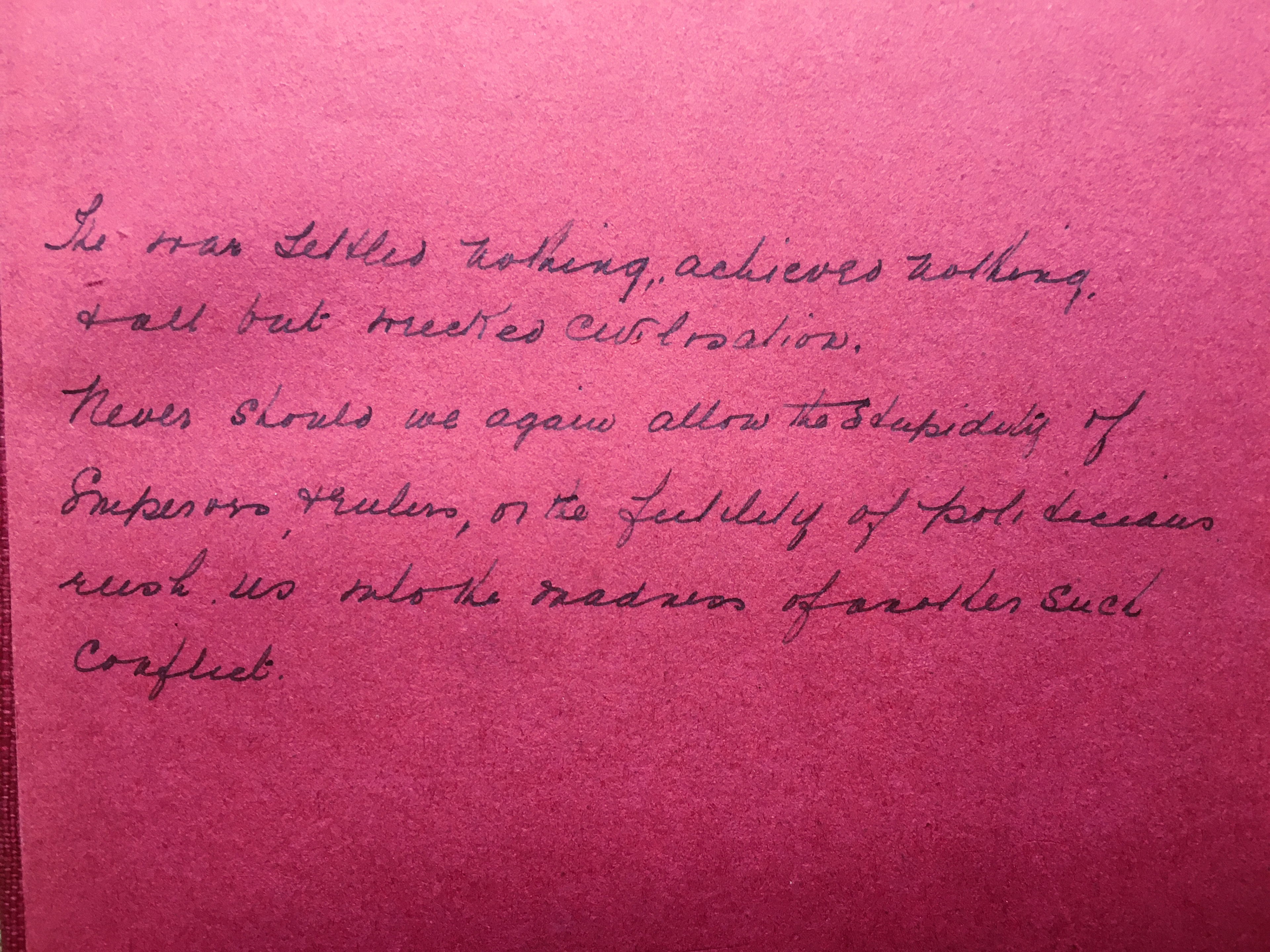 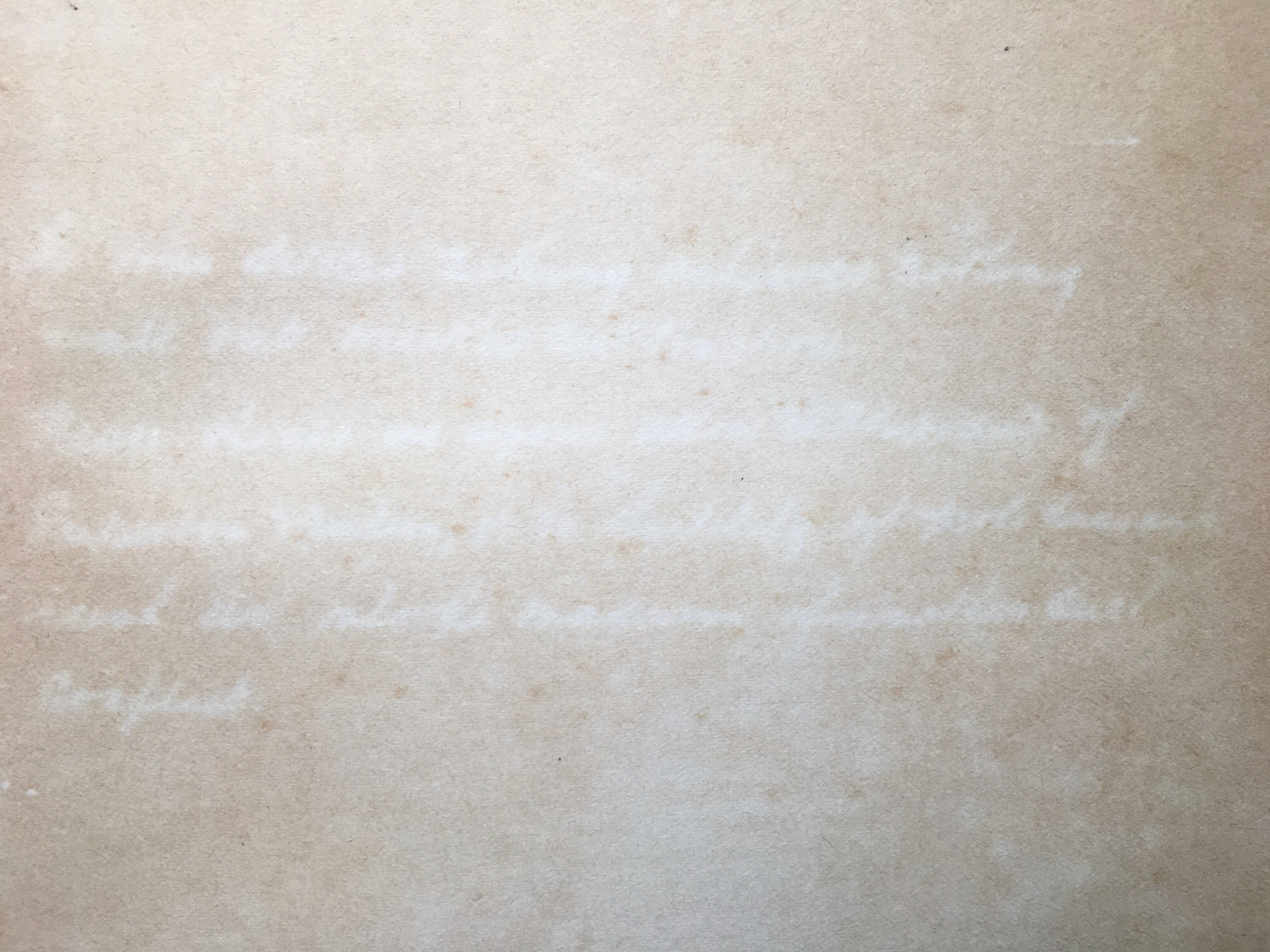 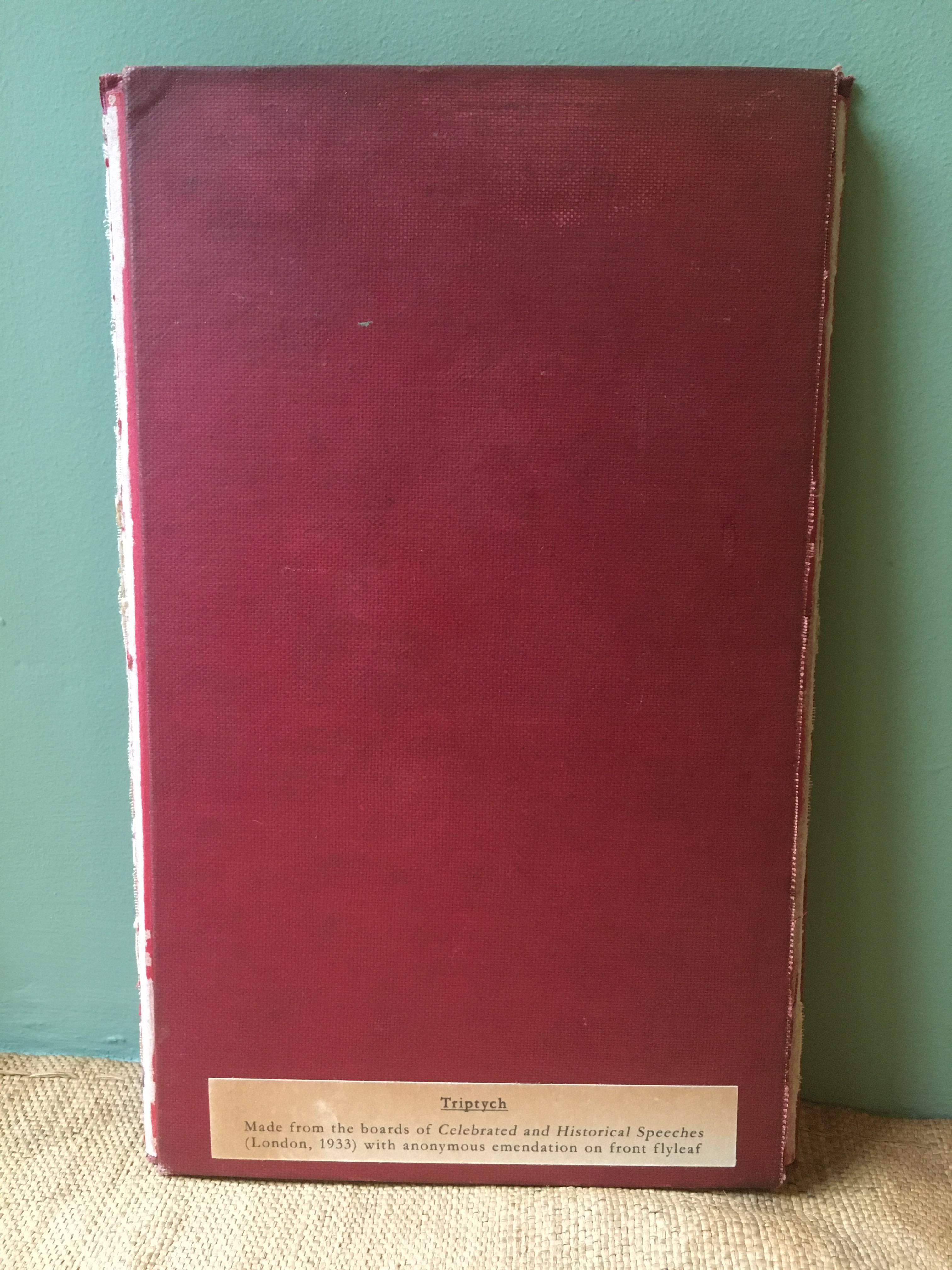 A copy of ‘Celebrated and Historical Speeches,’ printed in London in 1933, revealed on the front flyleaf an anonymous inscription from the book’s sometime owner, which read, ‘The war settled nothing, achieved nothing. & all but wrecked civilisation. Never should we again allow the stupidity of Emperors, & rulers, or the futility of politicians rush us into the madness of another such conflict.’ The inscription was made all the more poignant by the fact that it had bled through and made a negative impression, a sort of radioactive afterimage, in white on the following blank page. I sourced another copy of the book and made a triptych from three of its boards, with the emendation and its afterimage making up the side panels and the book’s half-title the centre. The remainder of the book, with its thousands upon thousands of words, from rulers, monarchs, statesmen and politicians, was removed. Made in 2015.

Hulls
↑Back to Top